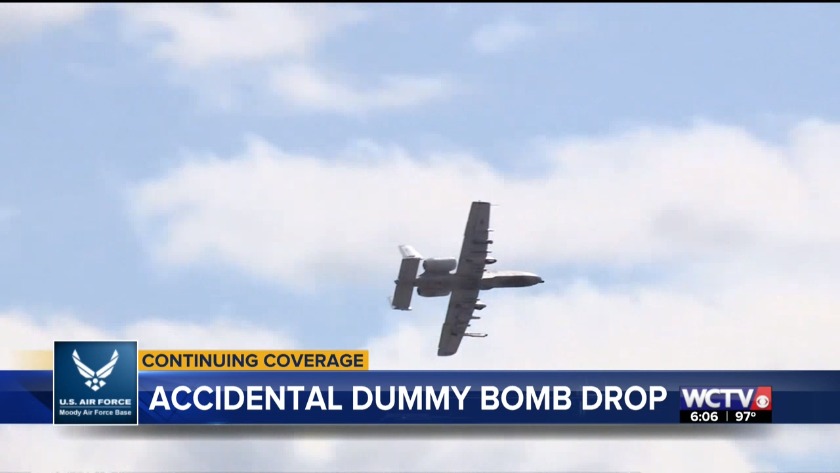 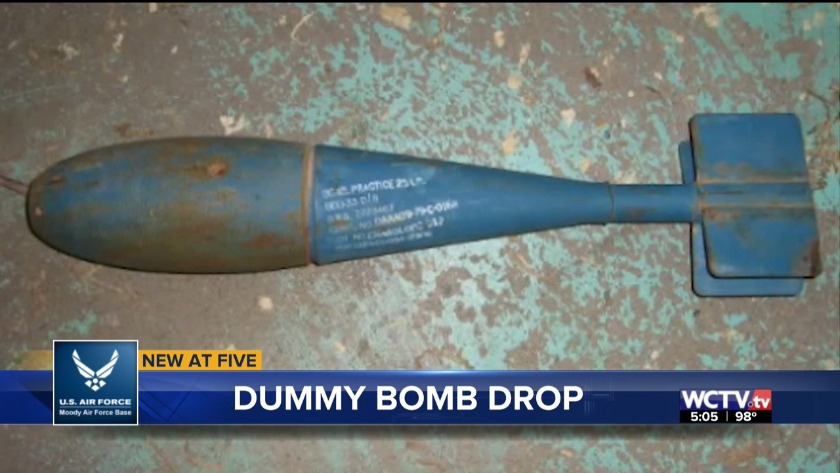 Moody officials said the bombs are inactive and not at any risk of blowing up. They are believed to be somewhere near Suwannee Springs, about 50 miles from the base.

Officials said they don't know the exact location where the training bombs landed, but because they know where the plane was, and the time they were released, they do believe to be about two kilometers west of Highway 129 near Suwannee Springs.

Moody officials said it happened during a routine training mission. The A-10C Thunderbolt hit a bird, causing three of the training bombs to be released.

They are 25 pounds, about two feet long and blue in color.

Event though officials said these are not inactive and are of no threat to blow up, some are still concerned about not knowing exactly where they are.

"Everything around here depends on the water. We drink our of the groundwater, but we use the rivers all the time, for recreation, swimming, fishing, boating. In particular the Florida counties in the Suwannee River Basin, it's the main stay of the economies," said Suwannee Riverkeeper John Quarterman. "What else is in it, what are the pyrotechnics, what kind of environment damage could it cause? We don't really know, we'd like to know."

Moody officials said no injuries and no damages have been reported.

Although they are inactive, officials said they do still have a small charge, so if the training bombs are found you're asked to contact local law enforcement.

Moody officials said whether crews will go out searching for these items depends on the safety investigation, which is now underway.

MOODY AIR FORCE BASE, Ga. (AP/WCTV) - The Air Force says it's investigating after a fighter jet from Moody AFB struck a bird and dropped three dummy bombs used for training over North Florida.

Moody Air Force Base north of Valdosta said in a news release there were no immediate reports of injuries or damage after the 25-pound nonexplosive training munitions were dropped Monday afternoon by an A-10C Thunderbolt II jet.

The base said a "bird strike" had caused "an inadvertent release" of the three dummy bombs.

The Air Force said it didn't know exactly where the training bombs landed.

The suspected area was 2 kilometers west of Highway 129 near Suwannee Springs. That's north of Live Oak in Suwannee County, Florida, about 54 miles south of the base.

The Air Force said the dummy bombs, though inert, contain small pyrotechnic charges and should not be handled.

The Suwannee County sheriff tells WCTV dispatchers have not had any calls about the incident.

We've reached out to Hamilton County's sheriff to see if his department had any reports of the dummy bombs.

WCTV has a reporter on the scene in the area Tuesday looking for more information on where the bombs fell. We're also reaching out to Moody Air Force Base seeking an update.

Look for updates as we get them online and on air.