An inside look at Tallahassee Police's enforcement of curfew 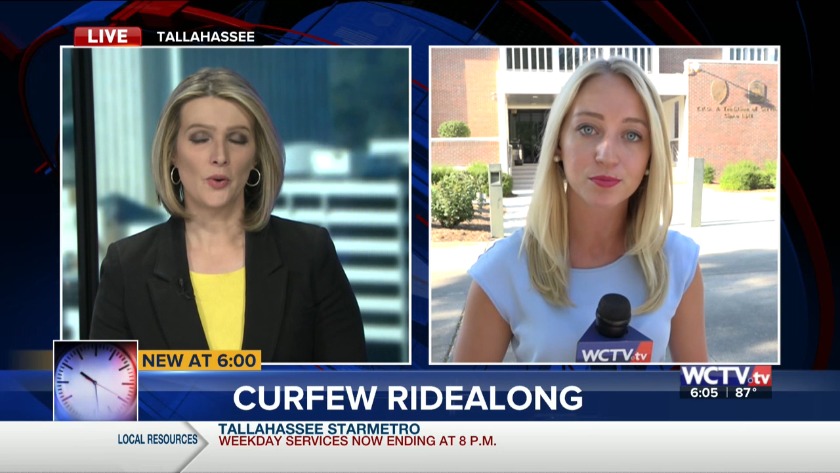 An inside look at TPD's enforcement of the curfew 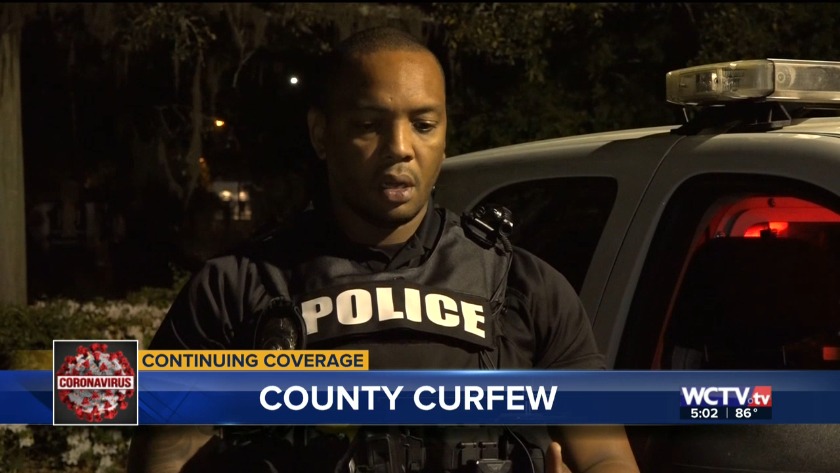 WCTV rides along with TPD to learn about curfew enforcement

The curfew runs from 11:00 p.m. to 5:00 a.m and applies to everyone, vehicles and pedestrians; you are only allowed to out if it is essential travel. This includes going to and from work, picking up groceries or food, and exercise such as taking your pet outside.

WCTV shadowed Officer Miller for two hours, from 11:00 p.m. to 1:00 a.m. During that time, Officer Miller interacted with eight citizens; all but one said they knew about the curfew.

One woman was stopped on Capital Circle on her way home from work at the Apalachee Center.

Even though she was stopped, she's in favor of the curfew and social distancing.

"I'm okay with it because we think people should be home at this time because I am working in medical."

Another resident, Darielle McCray, works at the Department of Corrections from midnight to 8:00 a.m.

"We knew about the curfew and stuff like that, but I can't avoid it because I have to go to work. But I guess as long as you're going to work and going to do necessary stuff, it's okay," said McCray.

Although she's in favor of the curfew, she questioned whether it would be effective.

"I think it's a good idea but for young people, they're not going to follow it I don't think so. Look, they want to spring break down on the beaches so I don't think the curfew is going to stop them," McCray said.

Asha Akawae was on her way home from work at a security company; Geoffrey Gray was driving the vehicle, and they said they were prepared to be stopped.

"He didn't want to drive on this road because he knew we were gonna get pulled over, but my job gave me some paperwork," said Akawae.

Akawae wants the curfew to be more strict.

"I think it actually should be earlier. Social distancing is very important in the spread of this disease" she said.

Stephanie Wilson is a student at the Tallahassee Flagler campus; she explained that although she knew about the curfew, with everything going on, it was easy to forget.

"I heard of it but with school being canceled and spring break and all of this just like, the days, oh it goes in effect Wednesday and I didn't even think of it and, it's Wednesday!" she said.

Wilson is in favor of the curfew as well.

"I get it and I respect it and I appreciate all the officers and what they're doing because, it's crazy and nobody knows what's going on," said Wilson.

One man was stopped walking home from work, around midnight.

He has mixed feelings about the curfew, but says he is more in favor than not.

"I feel like we should have control over the community, see what's going on," he said.

TPD says they understand that it's a difficult time for many people.

"We know that a lot of people are going through a lot of things right now, mentally, financially, a lot of people have lost their jobs. So we're just out here educating the public right now, hey, there is a curfew in place, please adhere to it," said Officer Miller.

Miller said he was encouraged at the lack of people who were out overnight.

"It's good that a lot of people are adhering to the order of the city and county. We're just trying to make everyone safe and basically lessen the chance of anyone contracting COVID-19," he said.