Annual MLK march looks back at strides made and road ahead 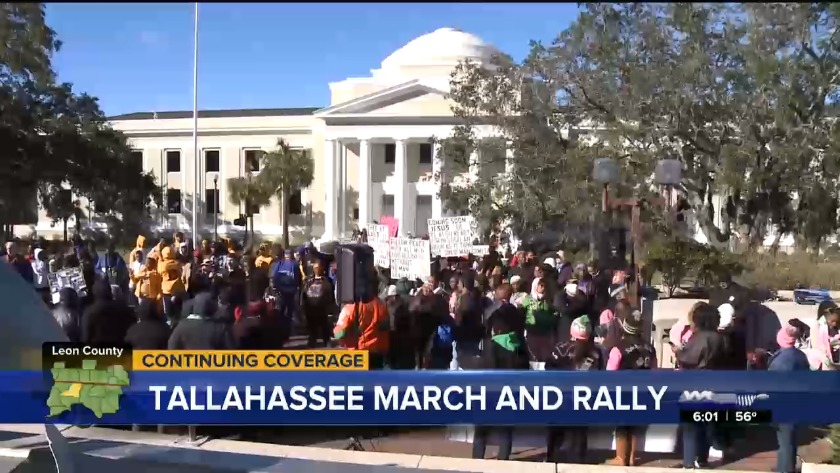 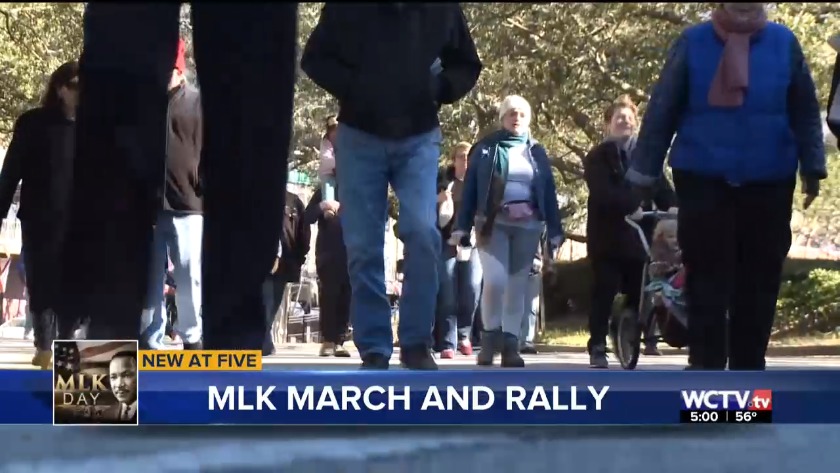 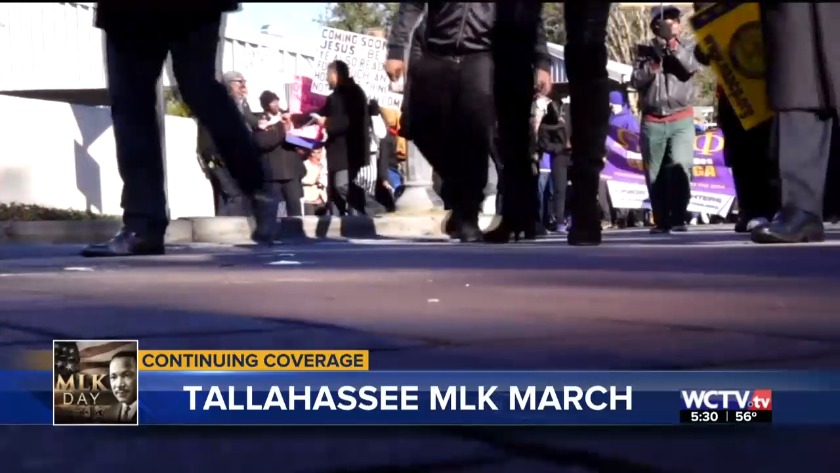 Annual MLK march looks back at strides made and road ahead

It started with a commemorative service at C.K. Steele Plaza. State Representative Loranne Ausley was the keynote speaker. She encouraged attendees to not turn their backs on social injustices.

After the service, the crowd then marched to the Florida Capitol.

Tallahassee resident Ashley Anderson attended. She says there's still a lot of work to be done.

"It's very frustrating to see that there still is a divide among race and religion and anything that makes us different. I think that we should all just honor our differences," Anderson said.

The march reminded Tallahassee resident Robert Brown of the times he marched during the Civil Rights Movement.

"It was always a very prayerful march and things. It was very intense on those buses as we rode going into the backwoods of Alabama. I just thank God that I'm here to bear witness to people that they are going to continue on," Brown said.

Mark Schlakman with the FSU Center for Advancement of Human Rights also attended. He said, "Martin Luther King just lived the cause of human rights. So, I think it's absolutely essential to recognize and draw inspiration from people like this."

Nine-year-old Serenity Howard attended with her church group from Tabernacle M.B. Church. She said, "Martin Luther King, Jr. was a great man and he helped us with segregation."

FAMU President Dr. Larry Robinson was the keynote speaker at the Capitol. He told the crowd that it's time for everyone to get engaged and stay engaged for Dr. King's dream to be fully realized.

If not, Dr. Robinson said, "We'll continue to push the can down the road and more and more people in our society will be trapped in a maze of poverty, poor health, poor healthcare and stifled dreams."

"If we can just love each other, we can see a difference," said Pastor Judy Mandrell, one of the day's speakers.

Marchers gathered at the historic C.K. Steel Bus Terminal where civil rights protesters advocated for equality in the 1950’s. Drums gave the cue to start.

Leaders of the march say with the passage of Amendment 4 in November, the state has made a major stride towards realizing Dr. King’s dream.

With the amendment’s passage, organizers say Florida made a great stride towards racial justice.

“That all incorporated in Dr. King's dream for us to live together in solid brotherhood and to that rock of brotherhood that stands,” said Tallahassee NAACP Chapter President Adner Marcelin. "Treating each other with the necessary respect and forgiveness.”

"Our work must go into overdrive now and we will not be able to take any days off,” said Robinson.

While felons' right to vote was on the minds of marchers last year, this year, the ongoing government shut down loomed as a reminder of the deep divisions still present in today’s society.

Pastor Judy Mandrell says the country's leaders should take to heart the words of Dr. King and come to a resolution.

“Hatred can't drive out hatred, but love can. Love is what can help us get in a better place,” said Mandrell.

Other issues organizers say still need to be addressed in both Florida and the nation: better access to healthcare, education and economic opportunity for minorities.

Dr. King would have turned 90 this year. A memorial for King sits in the courtyard at the State Capitol. It was dedicated in 1984.