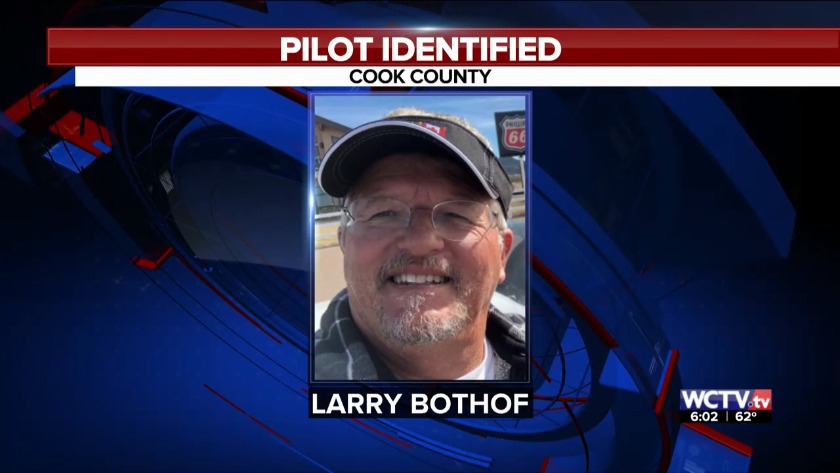 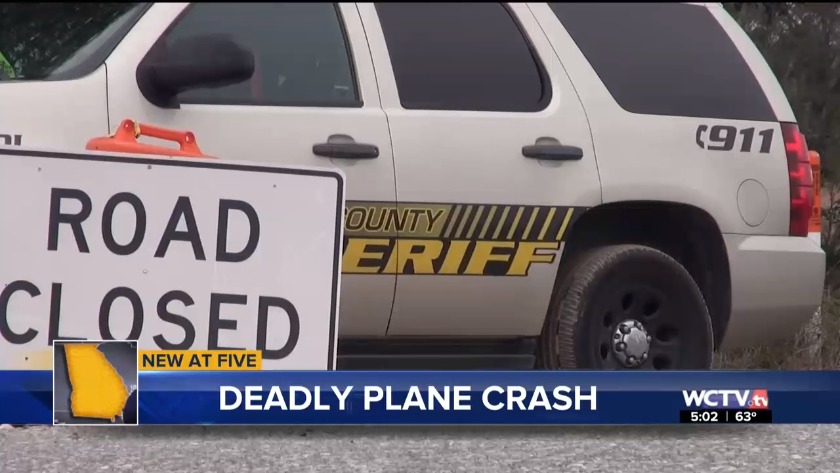 Officials with the Cook County Sheriff's Office said a plane went down Tuesday near Arthur Tillman and Pike Creek Roads in Adel.

Authorities said a call came in about 3:30 p.m. Tuesday from a nearby homeowner who found what he believed were pieces of a plane in his yard.

"The first thing I found was a hat in my front yard that I didn't recognize, and knew wasn't mine. Kind of suspicious you know, didn't know what it come from. I got to looking around in the yard and started seeing pieces of fiber glass and plexiglass in the yard and up the driveway," said Stanley Story, who found the pieces of plane debris. "When I first found out it was kind of, you know, like oh my goodness there's a plane crash."

On Wednesday, emergency officials from all across South Georgia helped search the area as part of Georgia Search and Rescue. FAA and the National Transportation Board were also on scene.

Cook County Sheriff's Office officials said debris from the plane was found across about two miles in the wooded area behind Pikes Creek Road near the Little River. They said the area is very dense and flooded.

Officials said Larry Bothof, 56, of Colquitt County, was the pilot and owner of the plane. Bothof's body was found around 9:30 a.m. Wednesday. He was the only one on board.

Many nearby homeowners said an accident like this leaves a big impact on a small town.

"There's just going to be a big void for that family this Christmas, you know, it's certainly going to be on our hearts and minds as well," Storey said.

The cause of the crash is still under investigation by the FAA. Authorities said Bothof's body will go to the medical examiner for an autopsy.

COOK COUNTY, Ga. (WCTV) -- Authorities have confirmed that one person is dead following a plane crash in Cook County.

The Cook County Sheriff's Office says around 3:30 p.m. Tuesday, they received a call from a homeowner reporting that they'd found a piece of debris that appeared to be from a plane. During the call, the homeowner located another piece of the aircraft with a tail number on it, which was then matched to a missing persons report out of Berlin, Georgia.

The missing persons report was for the owner of the plane, 56-year-old Larry D. Bothof, of Colquitt County. Bothof was reported missing on Tuesday after he didn’t show up for an afternoon appointment.

Officials say Bothof was a frequent flyer at the Cook County airport and had a hanger there.

Authorities responded to the scene and confirmed that the wreckage was indeed that of Bothof's plane. The debris field spanned approximately 2 miles in a wooded area west of Adel.

Around 9:30 a.m. Wednesday, authorities located Bothof's body. Bothof's body has been taken to the Medical Examiner’s Office in Macon for an autopsy.

Authorities say Bothof was piloting the plane and was the only person aboard the Saberwing experimental aircraft when it went down in an area near Arthur Tillman Road.

The Federal Aviation Administration and the National Transportation Safety Board are continuing to investigate the cause of the crash.

COOK COUNTY, Ga. (WCTV) -- The Federal Aviation Administration is investigating what caused a plane to crash in Cook County.

The FAA released the following statement on Wednesday:

"A Saberwing experimental aircraft crashed in a wooded area in Cook County, GA. Only the pilot was onboard. Local authorities will release the pilot's name and medical condition. The FAA will investigate and the National Transportation Safety Board (NTSB) will determine the probable cause of the accident."

It is not clear at this time exactly when the plane crashed.

We're hearing that the plane went down in a rural area west of Adel near Arthur Tillman Road, which has since been shut down to allow officials to investigate.

A command center is currently set up near the scene along Pike Creek Road between McConnell Bridge Road and Quillie Jones Road.