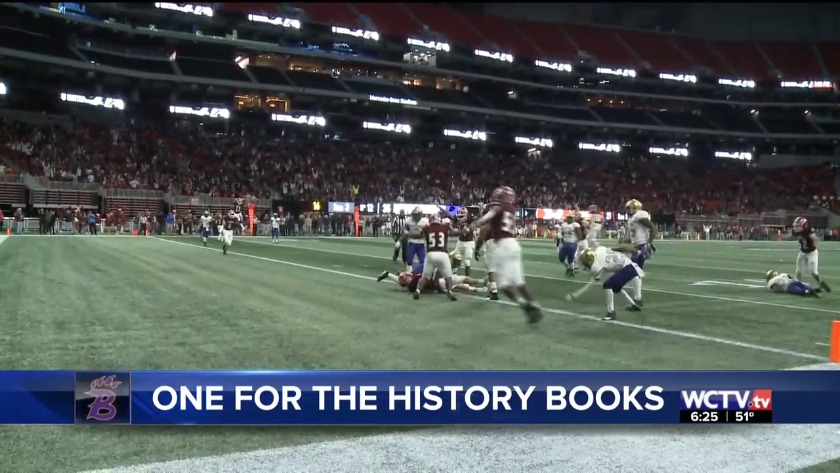 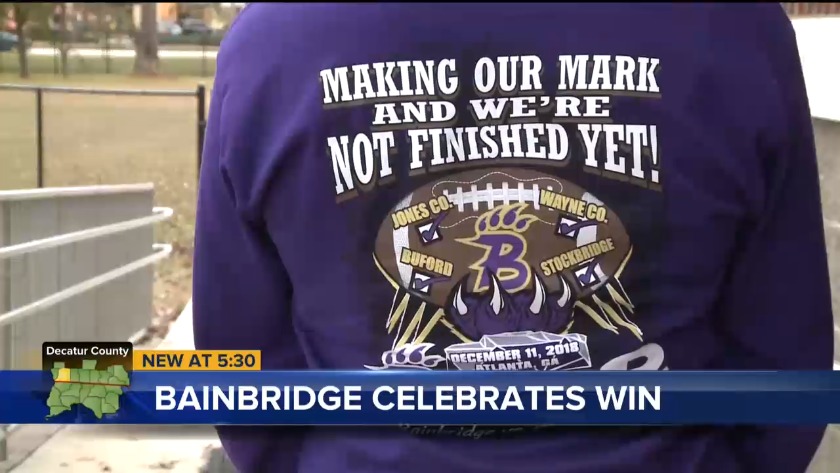 The team has experienced Hurricane Michael's damage and the passing of family members in the middle of the season. Tuesday night, they pushed through it all and made history.

The only other time Bainbridge High School won a football state championship game was in 1982.

The head coach of that team, Ralph Jones, expressed how proud he was of this year's team and their positive impact on the community during hard times. Jones was one of thousands from Bainbridge cheering in the stands Tuesday night.

Current head football coach Jeff Littleton said when he looked up, all he saw was the Bearcats' signature purple.

"It's extremely gratifying to see a group of kids come together and really fight for everything," said Littleton.

The community is still bursting with excitement.

Mitchell plays right guard, but he's also the guy behind several custom designed t-shirts. Since the Bearcats went to the playoffs, t-shirts have been made for each game.

Mitchell says the last shirt's inspiration came from a board in their school's field house. It showcases every winning season, and reminds players to leaver their mark.

A local shop makes hundreds of the shirts, which are in high demand during football season. Coach Littleton says the design for the state championship shirt is a surprise. They hope to unveil it sometime this week.

The football team will be honored at the annual Bainbridge Christmas Parade, where they will be the grand marshals. The parade is Thursday, Dec. 13 and starts at 6:30 p.m.