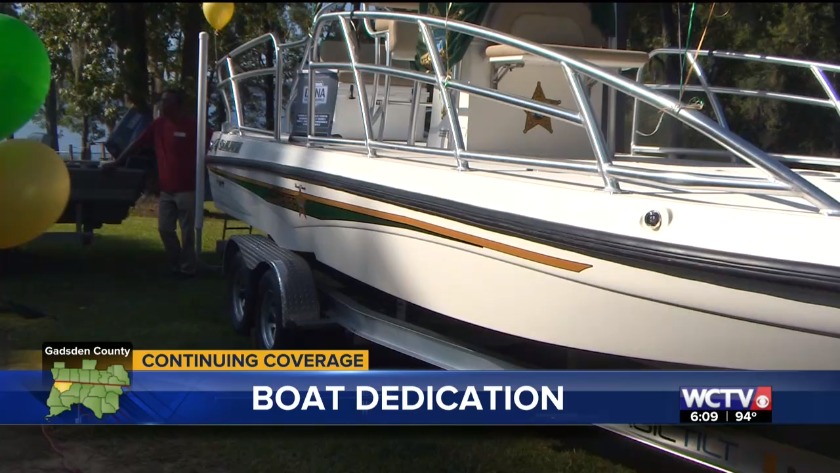 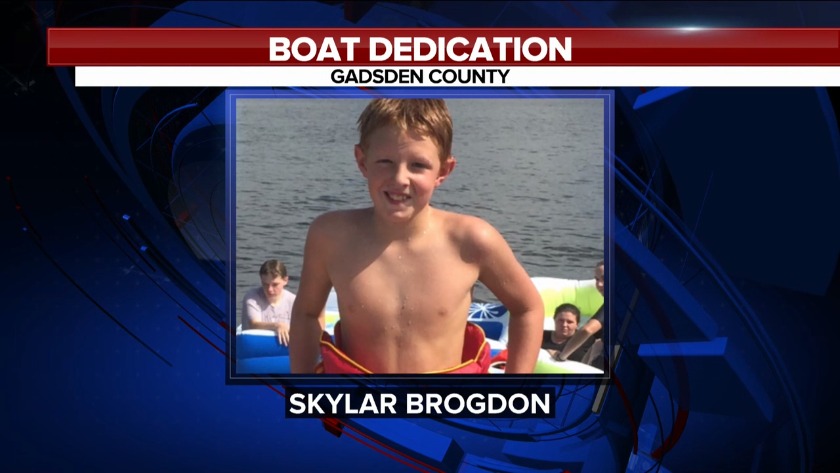 Brogdon died after a boat collision back in November.

Skylar's body was found after days of searching on Lake Talquin in Gadsden County.

The Gadsden County Sheriff says the search made him realize the department needs its own boat.

Thanks to a donation, GCSO now has one.

The Gadsden County Sheriff's Office hosted a dedication and unveiling ceremony for it at Hopkins Landing in Lake Talquin Friday morning.

The boat, along with the equipment for the boat, was donated by private citizens and a law enforcement vendor.

It's in memory of Skylar.

GCSO had to use resources from multiple agencies when searching for Skylar's body back in November.

His family members happy the department has its own boat now, should it ever need it.

"Oh my God, it's a blessing. We are totally, totally thankful for each and every one that was involved to take time and their money and to help, everybody. It's just, it's just awesome," said Skylar's aunt, Michele Tipper.

"I never expected to get that call. I just hope no other parent has to go through what we all went through. It's a bad feeling to lose your kid," Brogdon said.

GCSO's new boat was donated to the department by Seminole Marine. The president, Paul Hoppes, says he decided right away to make the donation after hearing of the department's need.

"We've had some experience in designing and building law enforcement boats. We wanted them to have the very best that we could offer," Hoppes said.

Hoppes says the boat was custom designed from the ground up. It's 22f feet, nine inches long and 8.5 feet wide.

It has custom-built rails with access to rescue people by bringing them on board; a tow bar, and heavy duty rail for pushing. It has plenty of deck space and seating.

Dana Safety Supply donated the equipment and technology on the boat.

Scott McGuire with the company says the boat has radar, flashing lights and other updated technology.

"We'd like to thank everybody in the community and everybody out there that's watching for what they've done," said John Brogdon, Skylar's grandfather.

Sheriff Morris Young said, "Now we have the resource because a citizen here in Gadsden County decided to donate that particular resource to the Gadsden County Sheriff's Office."

"This is a real blessing to us for them to dedicate this to our baby," said Krystal Brogdon.

The Gadsden County Sheriff's Office has also now formed its own boat safety and rescue team.