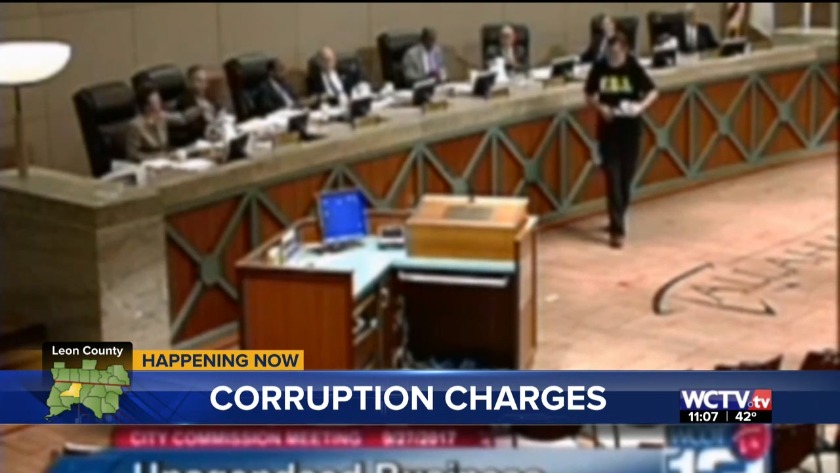 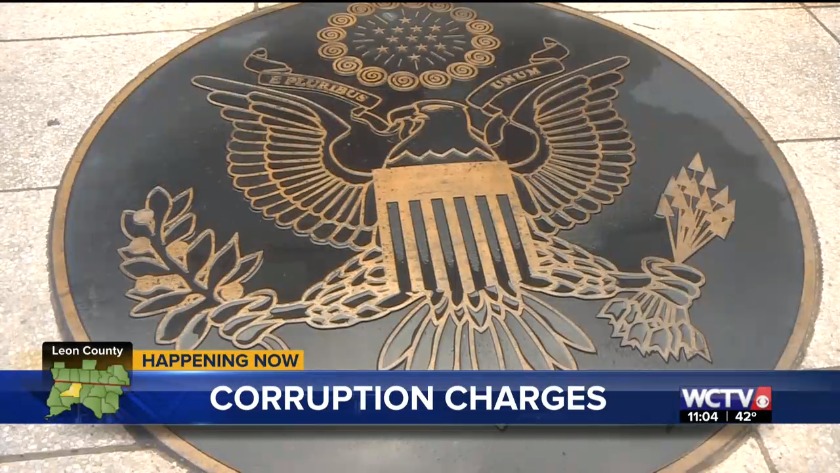 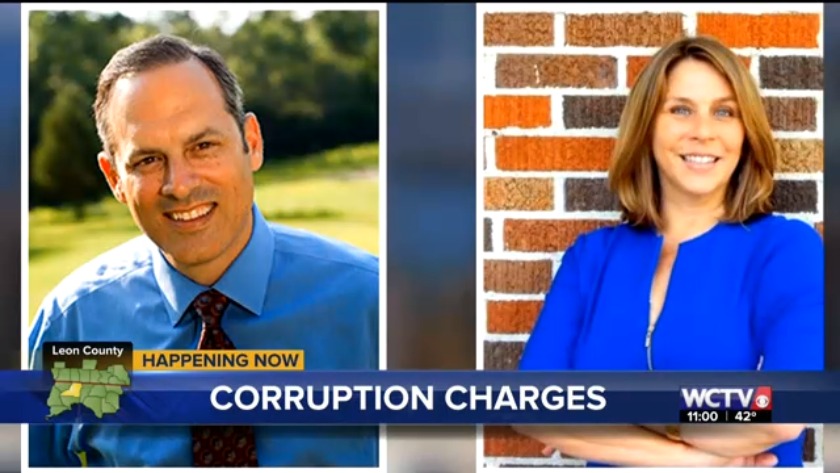 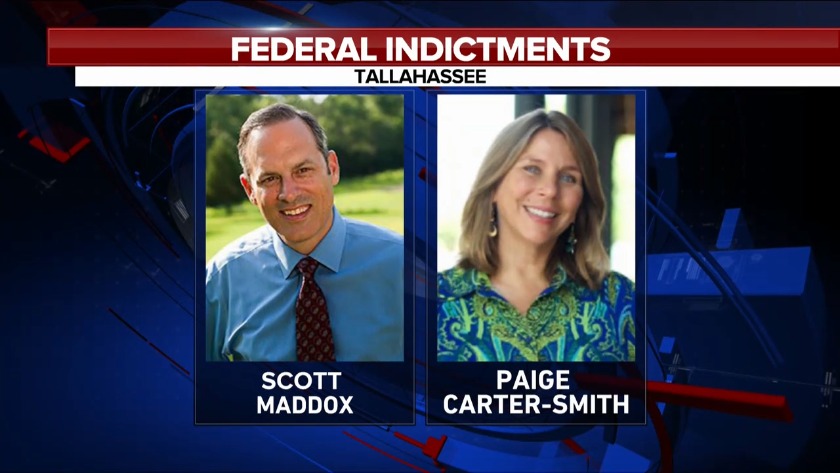 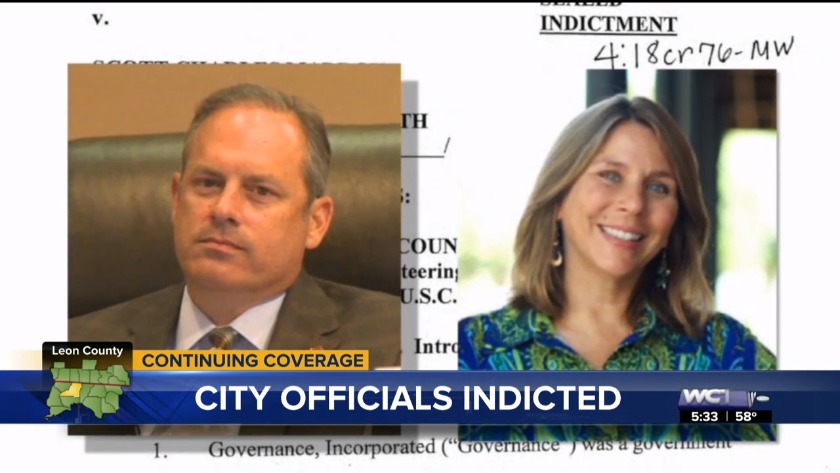 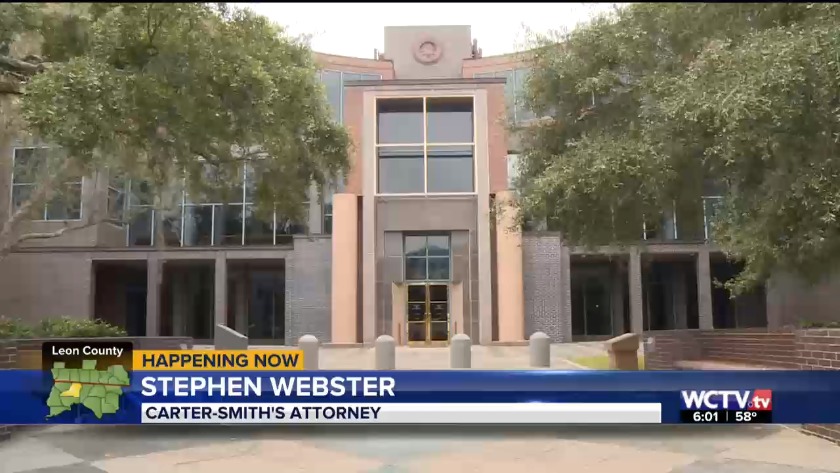 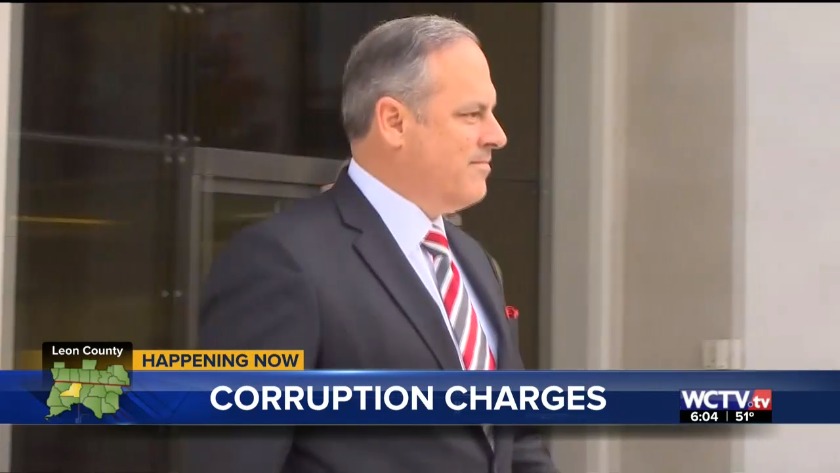 The indictment details allegations that Maddox and Carter-Smith conspired to operate two companies, Governance, Inc., and Governance Services, LLC, as one entity they referred to as “Governance." The indictment claims that Governance was part of a racketeering enterprise that extorted money and accepted bribes from clients under color of Maddox’s office and through fear of the economic harm that Maddox could inflict in his position as an influential City Commissioner. The indictment alleges that Maddox voted on matters and exerted influence on City employees to take actions that benefited the businesses that paid Maddox and Carter-Smith through Governance.

According to the charges, Maddox and Carter-Smith made false statements to the FBI concerning Maddox’s affiliation with Governance and Governance Services. The indictment alleges that during the course of the conspiracy, Maddox made false statements under oath to a Florida Commission on Ethics investigator and in a sworn deposition about his affiliation with Governance. He is also accused of concealing from the Tallahassee City Attorney and the City Commission the fact that he was being paid by companies doing business with the City.

The indictment further alleges that Maddox and Carter-Smith also defrauded a bank of more than $250,000 through two fraudulent short sales of property, lied to federal agents about Governance and other matters, and violated federal tax laws by conspiring to interfere with the IRS and filing false tax returns.

Maddox and Carter-Smith made their first appearance Wednesday at 3 p.m. at the United States Courthouse in Tallahassee. The two were dressed in professional clothes, but shackled at the feet. Answers to any questions by the judge were limited to 'yes sir' and 'no sir.' At the hearing, a trial date was set for January 14, 2019.

Following the first appearance, both Maddox and Carter-Smith were released on numerous conditions, including no contact with witnesses or victims and no leaving the Northern District of Florida.

If convicted, the two could face decades in prison for the charges.

A lawyer for Maddox said, "I sure don't anticipate any type of plea deal In this case. Mr Maddox has been a loyal public servant for years and years. He's always done what he thinks is in the public's best interest . Contrary to the things stated in this indictment."

A lawyer for Carter-Smith said, "Scott and Paige have respected the investigation, played by the rules. But now it's our time to speak, and we'll be heard and the truth will come out."

To view a copy of the indictment, click here.

Newly-elected Tallahassee Mayor John E. Dailey released the following statement after news of the indictment broke: "This is unsettling news, and I trust the legal system will set matters straight. We are committed to operating with full transparency and holding ourselves to the highest ethical standards. I hope this matter is resolved quickly for everyone involved. In the meantime, we at the City of Tallahassee will work to move our community forward with a focus on providing high quality services to our residents."

Florida Gov. Rick Scott suspended Maddox from the City Commission in wake of the indictment.

Other local leaders are also reacting to the news.

Former City Commissioner Gil Ziffer told us on Wednesday, "It's pretty upsetting knowing someone is sitting next to you, conceivably doing what was mentioned in the indictment. That's extremely bothersome. When you get elected into office, there is trust involved. There's a promise you make to the electorate that you're going to do things the right way and so, it is... it's painful. I think I've used the words, 'I'm pissed,' that that was potentially going on with someone sitting next to me."

.@CurtisBRich says he's saddened to see the families of Maddox and Carter Smith have to go through this, but hopes this will be the beginning of the end of the City's involvement. "We can move forward and focus on the positive things happening in our community." @WCTV

.@DianneWCox says she is praying for the families involved, but the she “trusts the judicial system and (the commission will) stay laser focused on moving the city forward and getting the residents what they need to do that. “ @WCTV

Suwannee County man accused of killing grandfather arrested in North Carolina
Related Documents
Comments are posted from viewers like you and do not always reflect the views of this station. powered by Disqus