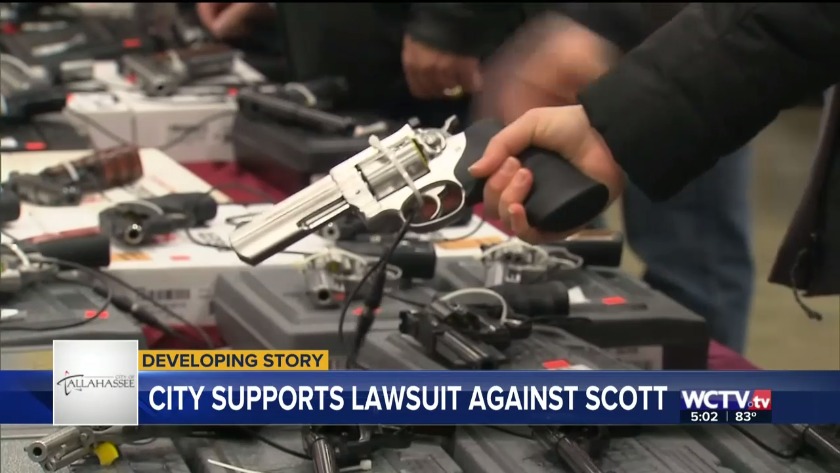 City of Tallahassee supporting lawsuit against Gov. Scott regarding guns 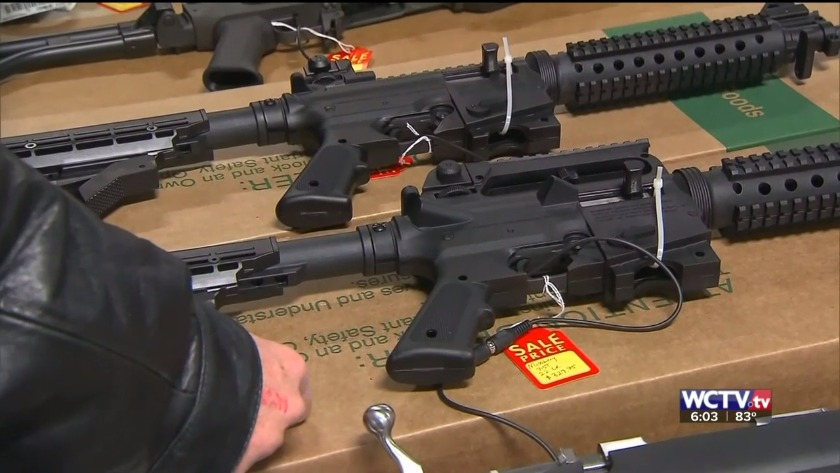 The suit targets a law which preempts local lawmakers from enacting laws regarding control. The law also allows elected officials who do create related ordinances to be individually fined up to $5,000 and removed from office

"I think what the ten south Florida cities are doing is appropriate. I think there will be more cities that join in. I'm thinking perhaps next week when we meet again we may want to join in on that," said City Commissioner Gil Ziffer.

The City of Tallahassee has personal experience with the law.

City commissioners Nancy Miller and Gil Ziffer and then Commissioner Andrew Gillum and Mayor John Marks were sued by Florida Carry and the Second Amendment Foundation for refusing to repeal an ordinance that prohibited the shooting of guns in parks. An appeals court ultimately ruled in the city's favor and rejected the lawsuit because the ordinance was technically null under the state preemption law.

At the time, the appeals court refused to order the City to take a vote to repeal it and it refused to fine individual commissioners. However, it also refused the City's request to have that portion of the law deemed unconstitutional.

The City of Tallahassee is not part of Monday's lawsuit, but commissioners have taken their own measures to speak up. At last month's commission meeting, the group moved forward with drafting a resolution that supports the repeal of the preemption during next year's legislative session.

"(The purpose of the resolution is) to make sure that the local voices are heard in this fight and that the gun lobby does not continue to rule the day in Tallahassee when it comes to common sense gun laws,” said Mayor Gillum.

The lawsuit comes in the wake of the Parkland school shooting.

Leon County is also taking its own measures to tighten up local enforcement.

The county commission will hold a public hearing next week on an ordinance that would require a five day waiting period and background check for all guns sold on private property, like gun shows. This action is legal under Florida statute.

A closer look at damaged equipment at TLH

A closer look at damaged equipment at TLH