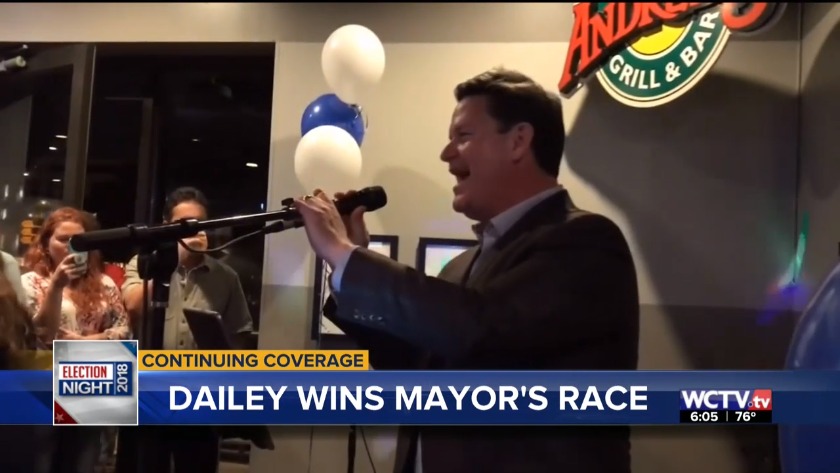 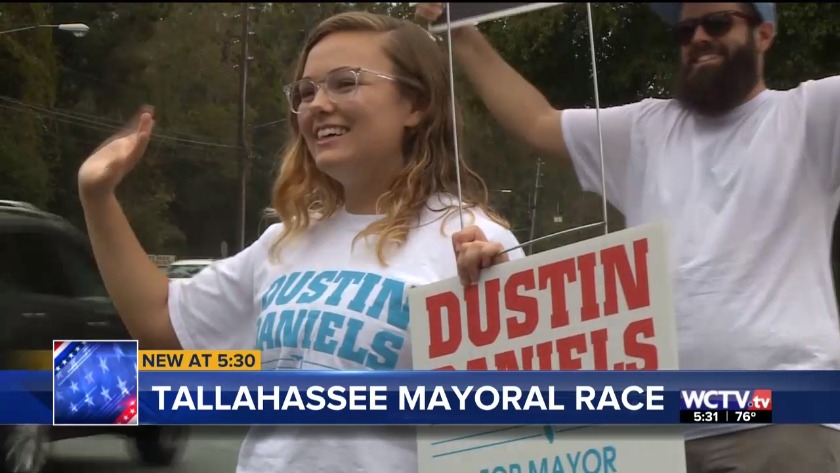 TALLAHASSEE, Fla. (WCTV) — John Dailey has been elected as the City of Tallahassee’s next mayor.

Dailey won the race with a little more than 51 percent of the vote, beating opponent Dustin Daniels, who received nearly 49 percent of votes.

“It’s really exciting. I have so many emotions. I’m physically exhausted. I’m excited, so many things going through my mind. But, I am very thankful to the citizens of Tallahassee for giving me this opportunity. And I’m going to make them proud as mayor,” said Dailey.

Dailey, who was a three-term county commissioner, will now begin the transition from serving as a county leader to a city leader.

He said himself, along with Jeremy Matlow and Dianne Williams-Cox, who were elected as city commissioners, will soon meet with the City Manager and other department heads to learn more about where the city stands and which issues they need to work to address first.

Dailey said he views his role as the one responsible for bringing the community and the commission together.

The city will hold its reorganization ceremony, where Dailey, Matlow and Williams-Cox will be sworn in, on November 19.

All 86 precincts have reported.

Dailey has served on the Leon County Commission over District 3 for the last 12 years.

When Dailey filed to run for mayor back in April, he told us, "I want to be that mayor that everybody can rally behind. Tallahassee is a great city. I am a product of this city. I am very proud of this city. We have so much potential and so many great things moving forward. I want to lead that charge. I really do. I want to write the next chapter for the City of Tallahassee.”

The new mayor will take office on November 19.