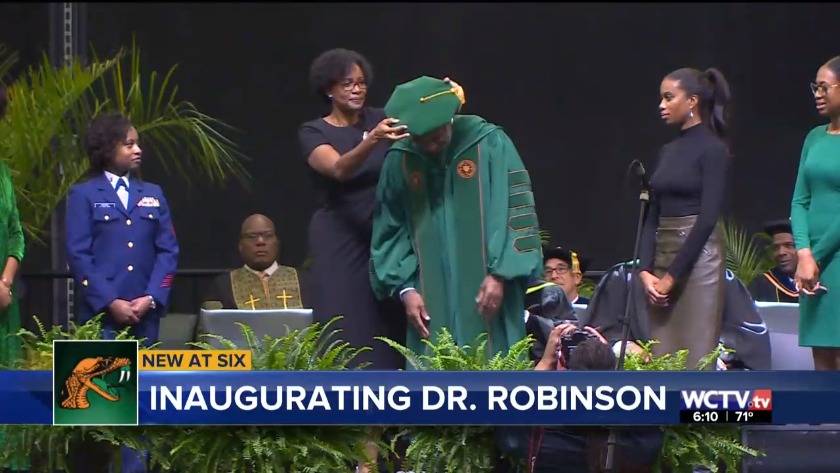 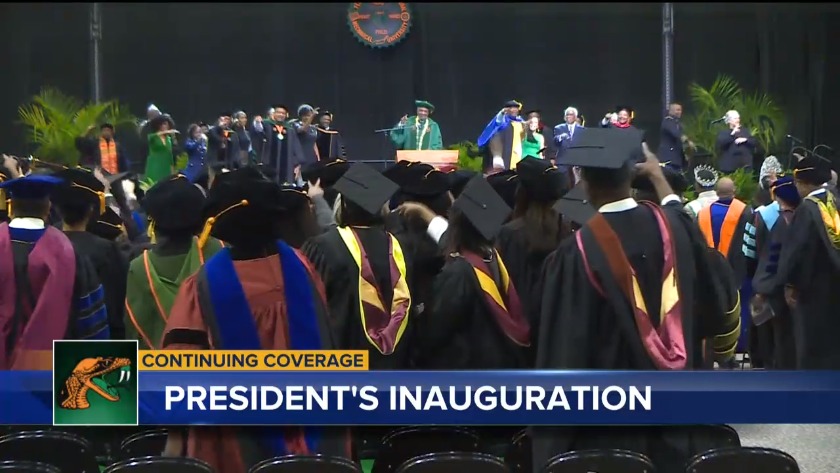 Dr. Larry Robinson sworn in as president of FAMU

TALLAHASSEE, Fla. (WCTV) -- Dr. Larry Robinson was sworn in as the 12th president of Florida A&M University on Friday.

The inaugural ceremony was held at the Alfred Lawson Multipurpose Center at FAMU.

"It means so much to me because I understand the 131-year history. It means the future for so many students who are here now and so many who will be coming," Dr. Robinson said.

Dr. Robinson was officially named university president last November. Administrators say he wanted to wait for his inaugural ceremony. They say he chose the date to allow the university to concentrate instead on other big events.

He has been in many roles at FAMU over the past couple of decades.

During the inauguration, Alan Levine of the Florida Board of Governors pointed out how many times Dr. Robinson has served as interim president.

"I think this is the third time. I think we got it right this time. Third time's the charm," Levine said.

Frank Brogan, the Assistant U.S. Education Secretary, said, "He is without a doubt one of the most decent men with whom I have ever come into contact."

"It's all about students," he said.

Grad student, Nigel Lascelles, is proud Dr. Robinson's his leader. "I think he'll do a great job for the future. The next 30 years as I try to follow in his footsteps to become a scientist, hopefully I'll still see him here," he said.

There was a reception held at Gaither Gym immediately after the inaugural ceremony.

The Inaugural Scholarship Gala is at 8 p.m. Friday at the Lawson Center.