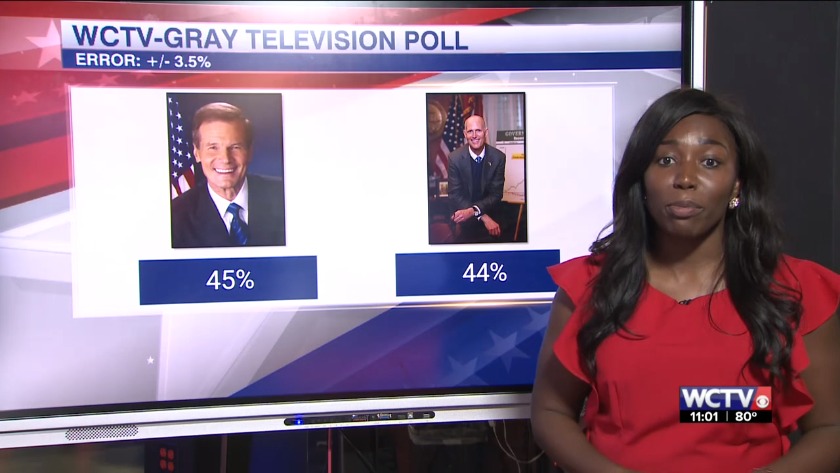 Poll reveals state races are still too close to call 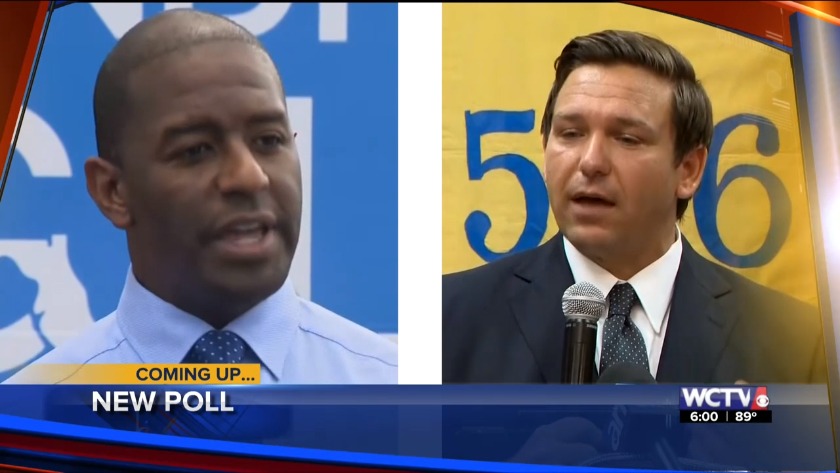 TALLAHASSEE, Fla. (WCTV) -- A recent survey of 800 likely voters in Florida shows that many of the races in the upcoming November election may be very close.

Here's a breakdown of the results:

Senate Race
45% expressed support for incumbent Democratic Senator Bill Nelson, with 44% expressing support for Republican challenger and current Governor Rick Scott, well within the poll’s 3.46% margin of error. Eleven percent have yet to make up their mind in the race.

Congressional Races
When asked about their vote for Congress, Florida voters prefer the generic Democratic candidate over the generic Republican candidate by a 43% to 42% margin.

President's Approval Rating
Overall, 47% of Florida voters approve of the job Donald Trump is doing as president, while 46% disapprove. Asked about the national issues currently most important to Florida voters, healthcare was the most frequently selected response, chosen by 17% of respondents.

Kavanaugh Nomination
45% of Florida voters support the nomination of Brett Kavanaugh to the United States Supreme Court, with 32% expressing opposition. The poll was conducted during the recent disclosure that Kavanaugh may have engaged in sexual misconduct while in high school and college, and partially after the September 27 testimony by Kavanaugh and one of his accusers before the Senate Judiciary Committee.

Gun Laws
In responses to a set of questions about gun laws, 55% of Florida’s likely voters say that gun laws in the United States should be made more strict, 30% say that they should be left as they are now, and only 7% say that these laws should be made less strict. Eighty-six percent of Florida voters favor requiring criminal background checks on all gun purchases, but are split in their approval of a recent Florida law allowing teachers or other school oﬃcials to carry guns on school grounds, with 44% approving of the law and 43% disapproving.

The poll was conducted by Strategic Research Associates, LLC, of Austin, Texas. A total of 800 likely voters were surveyed between September 17-30, 2018. Determination of the likely voter sample was based on past vote history. 47% of calls were completed on a landline telephone, 53% were completed over a cellular telephone. The ﬁnal results are weighted based on analysis of the state voter ﬁle and exit polling data. The margin of error for the complete sample is +/- 3.46 percentage points, with higher margins of error for any sub-group.