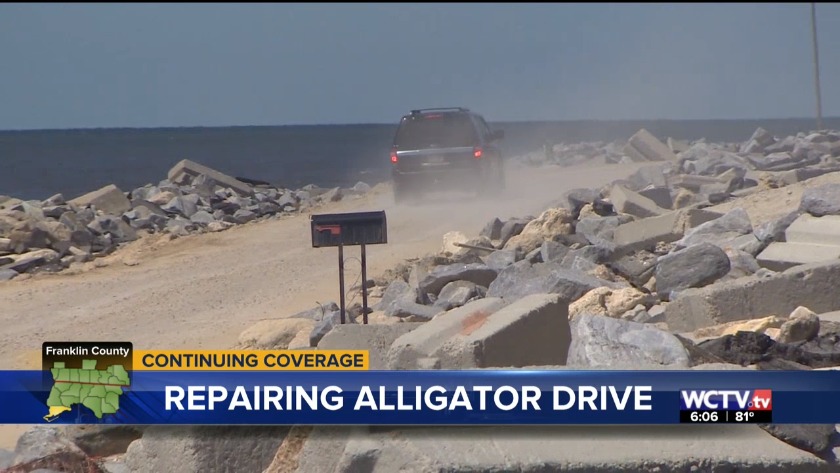 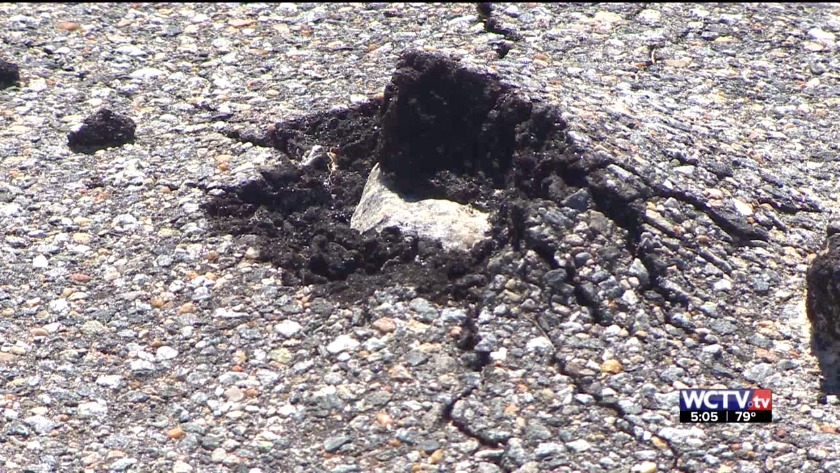 FRANKLIN COUNTY, Fla. (WCTV) -- Some residents say they don't think enough progress has been made on Alligator Drive and the county could, at least, clear out some of the pieces of asphalt and stones that still clutter the area.

John Berry says it's a rough ride. His truck nearly disappeared in the dust as he drives home down the broken road.

"[Hurricane] Dennis took it out in 2005. Nobody's made any real repairs to the road," he said. "They keep kicking the can down the road. Yes, I'd like to see it fixed once and for all."

"We've been trying to repair the road since 2016," said Alan Pierce, the Franklin County restore coordinator. "The problem is the road is so close to the Gulf of Mexico that we really want to move it back."

Pierce says in order to move the road to keep it from continuously being destroyed by storms, they'd have to acquire private property. He says there are 21 parcels involved.

"Acquiring private property in the United States of America is not as simple as saying, 'I want your property.' You have to go through a process and you have to pay people for the value of the property and, hopefully, it's all voluntary," Pierce explained. "But, we are going through that process right now to try and relocate the road."

In the meantime, Pierce says the county will build a temporary road in the current location. It will be a two-lane paved road instead of one lane.

But, he says state and federal funding is needed for any repairs.

He added, "We have done everything within our power and the funds and equipment we have to keep the road open. We agree the road is not at the status and the condition we want it to be in. But, it's also not in the location that we would've put it in. The road is now in the Gulf of Mexico."

The temporary road is expected to be complete within three months. If approved, county officials say the new permanent road could take at least two years.

Bert Boldt is the county commissioner for district 2, which includes Alligator Point. He said, "It makes me feel like I want to be certain that I do my job properly and bring them a lot of peace of mind. I think that's more important than anything."