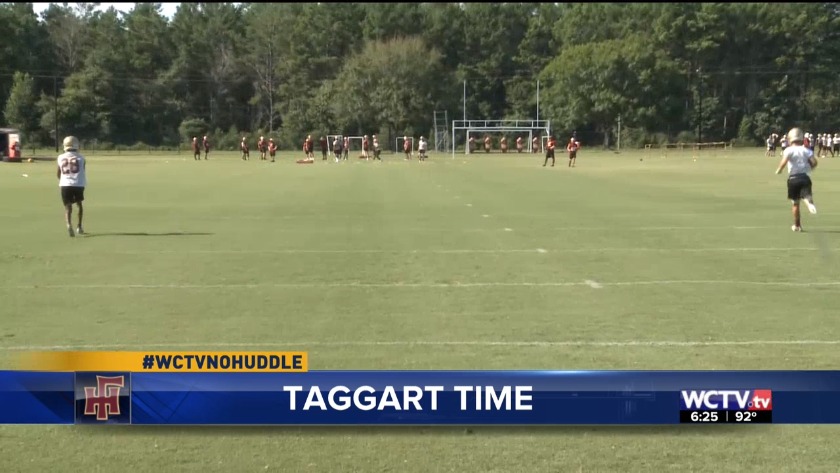 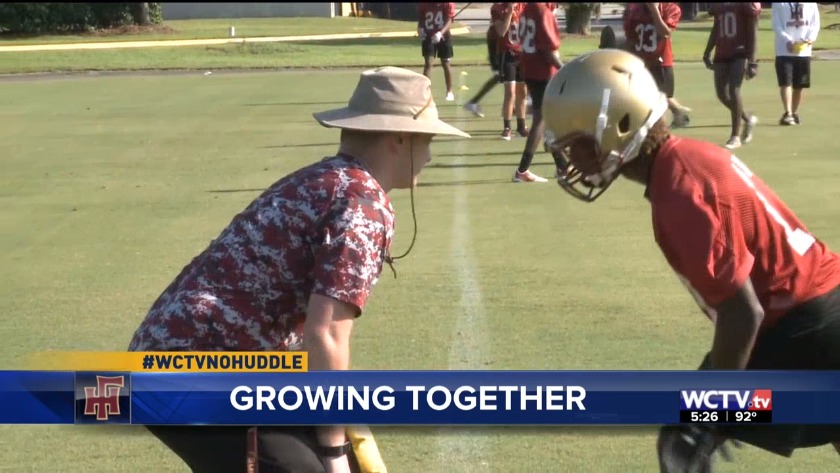 Hickman feels good about chance at title in 2019

TALLAHASSEE, Fla. (WCTV) -- As 2019 begins, it's Taggart Time for the Florida High Seminoles.

Willie Taggart, Jr. is taking over under center for the Noles after a year of learning the system and with the departure of Bryson Hill to JPII.

The team is all Taggart's and, according to head coach Jarrod Hickman, the Noles are in good hands.

"He's earned it," Hickman said. "He's done a really good job of working hard. He's never wanted anything given to him, he's had to go out and work very hard and he's done that. Our guys are certainly excited about him and what he can bring to the table. Like I said, he's just more comfortable now being in the system for more than a year now."

Despite a new QB at them helm of the offense, the goal for the Noles remains the same: A state title.

Entering his 15th year at the helm, coach Hickman has come close but has yet to win the season's final game.

But, after two straight trips to the state semis, he believes this could be the year.

"You know, just keep doing what you do and then learn from the past," Hickman said. "We have a lot of seniors with a ton of experience, we talked about that this morning in our team meeting. Look back at last year, learn from last year and then find the identity of this year's team.

"Just don't continue to keep doing what we've done 'cause it's been really good and then just take some of the details and some of the things we learned in the past and put it into this year," Hickman continued.

Florida High's schedule this season is as follows: