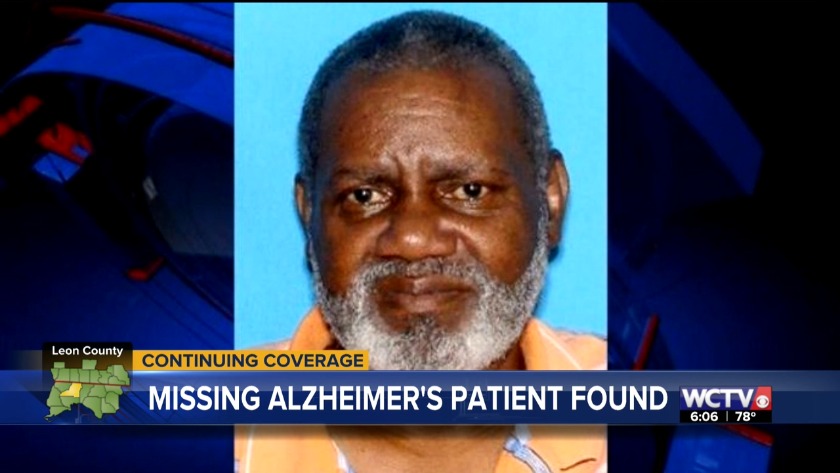 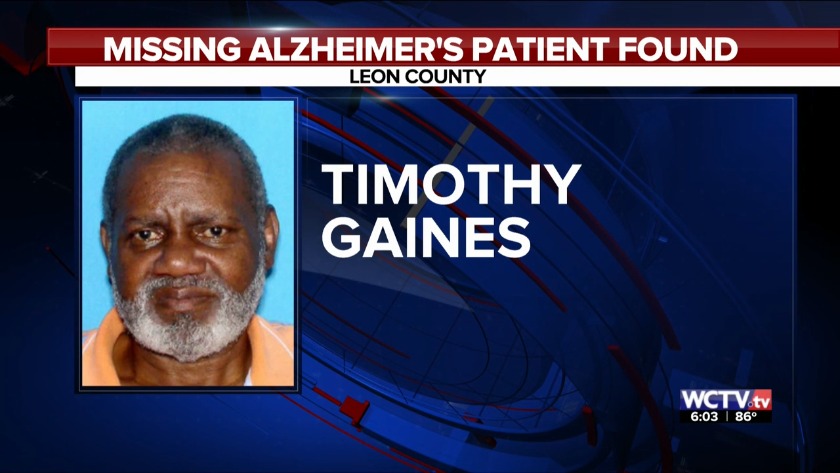 That's four miles away- a walk that would take about an hour.

Laura Oldt, an Alzheimer's Advocate, said, "You don't know what they're going to do. You don't know if they're just going to walk across the street in front of traffic. It's like losing a child, like your child went missing."

Oldt is speaking from experience. Her mother died from Alzheimer's in 2011. Her sister was diagnosed a few years later at age 58.

"I saw her deteriorate in front of me every single day. It is soul-crushing. You can't imagine to go through with a loved one like that," Oldt said.

Michelle Branham with the Alzheimer's Association says 60 percent of Alzheimer's patients will wander. But, she says the distance Gaines traveled is unusual.

"Typically, when I see wandering, it doesn't make it past a mile, which is really good for the community because we've managed to mitigate our risk for that person being lost a whole lot longer," Branham said.

LCSO says Gaines was found because he'd fallen and someone called 911.

The CEO of Elder Care Services, Mark Baldino, says the agency is reviewing how Gaines got away from the day center. Baldino says they're putting processes in place to keep it from happening again.

Baldino says he'd planned to meet with staff Wednesday to see exactly how this happened. He says in his seven years as CEO, this has never happened.

Authorities say Gaines was wearing a tracking device but it couldn't receive a signal while he was in the hospital.

TALLAHASSEE, Fla. (WCTV) -- A missing Alzheimer's patient was found safe after walking away from Elder Day Stay in Tallahassee on Tuesday.

An incident report states that Gaines' wife called Elder Day Stay to advise that she was on her way to pick him up and an employee at the center was unable to locate him.

Authorities responded to the scene on North Monroe Street and launched a search for Gaines, who was known to wear a Project Life Saver tracking wristband. Authorities were unable to locate Gaines' wristband tracking signal.

At 5:15 p.m., the Consolidated Dispatch Agency received notice that a man matching Gaines' description had been picked up near the intersection of South Adams Street and East Paul Russell Road, about four miles from Elder Day Stay.

The man had fallen and was taken to a local hospital for medical attention. Deputies arrived at the hospital and confirmed that the man was Gaines.

Gaines said that he had been trying to get back to his home and provided his address.

The report says Gaines was wearing his Project Life Saver wristband, but it was unable to be detected due to him being inside the hospital.

Gaines was found to be in good health and was released to his wife.

Elder Day Stay CEO Mark Baldino tells us they're reviewing the incident and that this is the first time in his seven years at the center that something like this has occurred. Baldino adds that they are putting processes in place to prevent incidents of this nature in the future.

Witnesses last saw him walking south on Monroe Street near 8th Avenue around 3 p.m. on Tuesday.

Deputies say he is equipped with a Project Life Saver band but may have removed it. He was last seen wearing a black windbreaker with a green stripe across the chest, jeans and black sneakers.