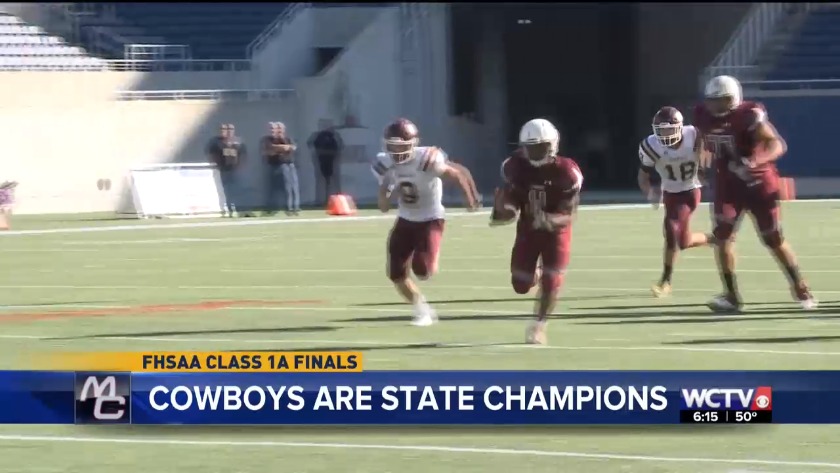 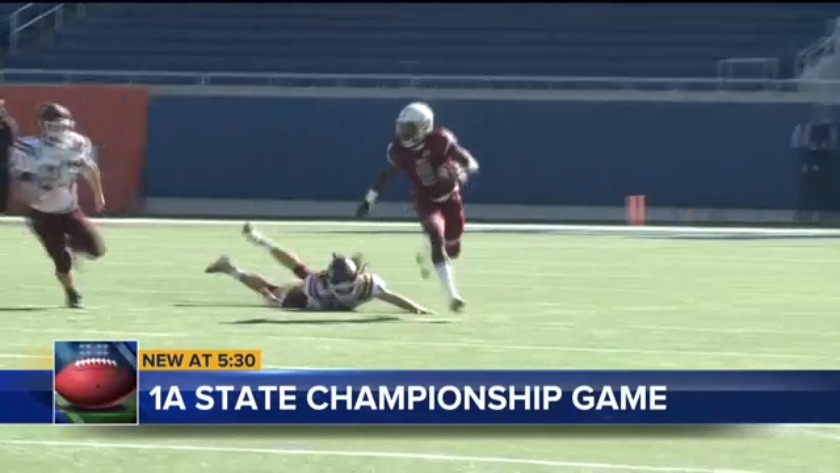 ORLANDO, Fla. (WCTV) -- History was made Thursday afternoon in Orlando as the Madison County Cowboys won a second-straight football title after blowing out Baker, 48-6, marking the first time the program has captured back-to-back crowns.

Things started tight in the first half. After a couple of first quarter fumbles, Florida State commit Travis Jay and the Cowboys led by just a touchdown at halftime.

"Just quit trying to do everything and to just do the little things," Coe said of his halftime speech directed, specifically, to Jay. "You're the best player on the field, you don't have to do more. Just go be you and do what you're supposed to do and put it behind you and go out and play football."

Jay and running back Vinsonta Allen combined for over 300 yards of offense and four touchdowns.

"Man, I've been saying the whole time I just feel great that I could come back and compete for another one," Jay said. "I go back to last year and won, so that just feels great."

"It means everything to those kids right there," Coe said after the game. "That's the best group of kids I've ever had in my life. 25 years of coaching, most unselfish team we've ever had. We had kids that played the whole game one week then the next game didn't play a lick. They don't pout, they don't whine, they do everything we ask them to do. I love them guys."

Madison County's win marks the first championship for schools in the Big Bend this year. North Florida Christian aims for the second of such victories on Friday.