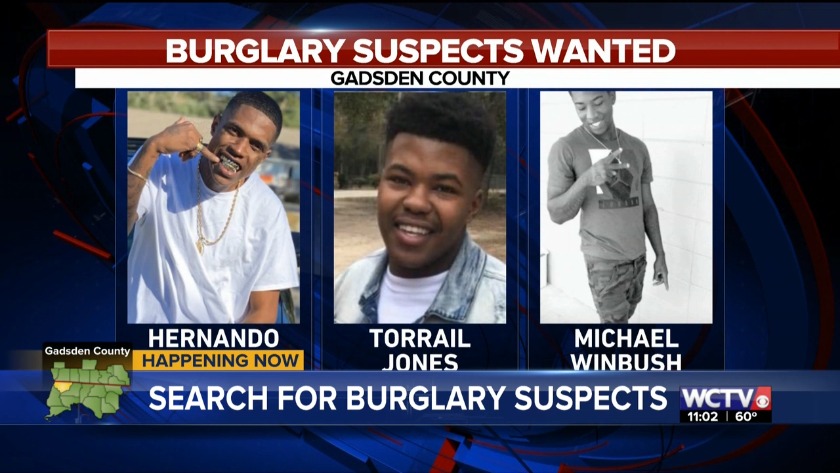 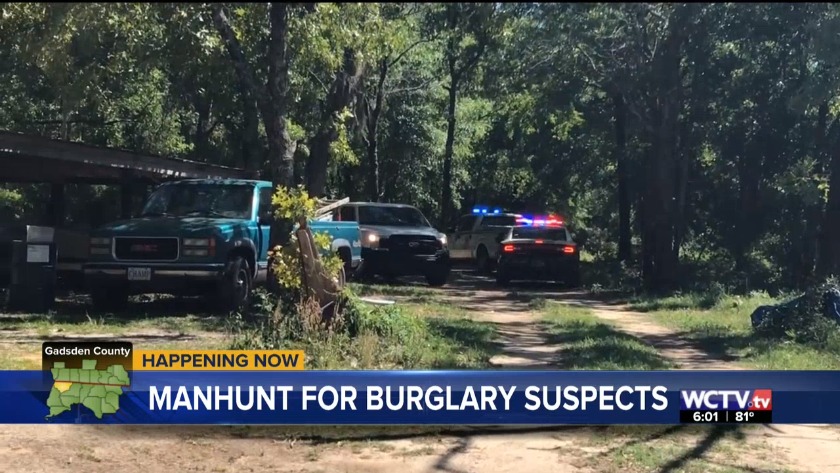 Authorities call off manhunt for suspects in Midway, identify suspects 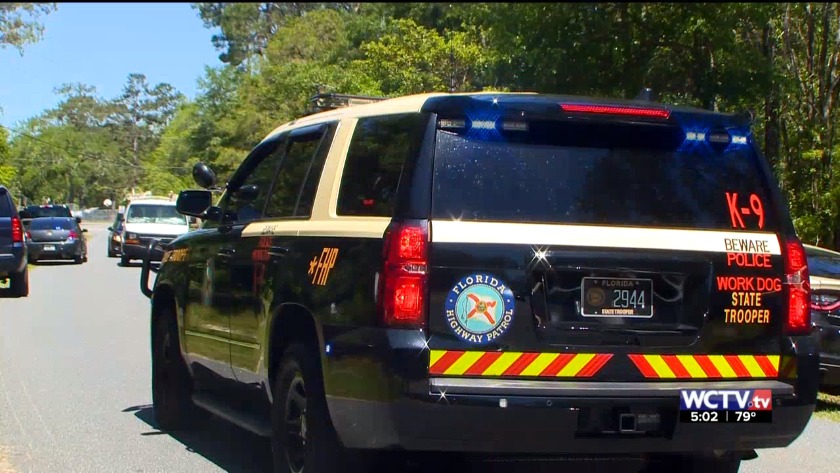 MIDWAY, Fla. (WCTV) -- The Gadsden County Sheriff's Office says all three suspects at the center of a manhunt Tuesday remain at large.

GCSO said Wednesday night that two of the suspects had been apprehended, but issued a correction Thursday morning.

MIDWAY, Fla. (WCTV) – The Gadsden County Sheriff's Office says three suspects at the center of a manhunt on Tuesday remain at large.

Officials called off the search Tuesday afternoon and are requesting the three men turn themselves in.

MIDWAY, Fla. (WCTV) – The Gadsden County Sheriff’s Office says a manhunt for three burglary suspects in Midway has ended. We're told that the suspects were not located, but have been identified.

Authorities began searching for the suspects Tuesday morning in a wooded area off of Palmer Road.

Deputies say the three fled from a burglary in progress in Quincy. They then drove to Midway, where they bailed out of the car.

The manhunt was officially called off at 4:30 p.m. Authorities have not yet provided the names of the suspects.

GCSO said that the Midway Police Department is conducting a criminal investigation for aggravated assault for the intentional ramming of a MPD vehicle and felony charges for a pursuit.

The Quincy Police Department is conducting a criminal investigation for charges of burglary of dwelling, fleeing and eluding law enforcement and grand theft.

Gadsden County Sheriff's Office is assisting with a manhunt in Midway @WCTV pic.twitter.com/CEeJsmPIGm

JUST IN: Authorities in Gadsden County say they have located a cellphone and this man is believed to be one of the burglary suspects they are searching for in Midway. https://t.co/Rqp9ENY26u pic.twitter.com/rYKJhr2rUf