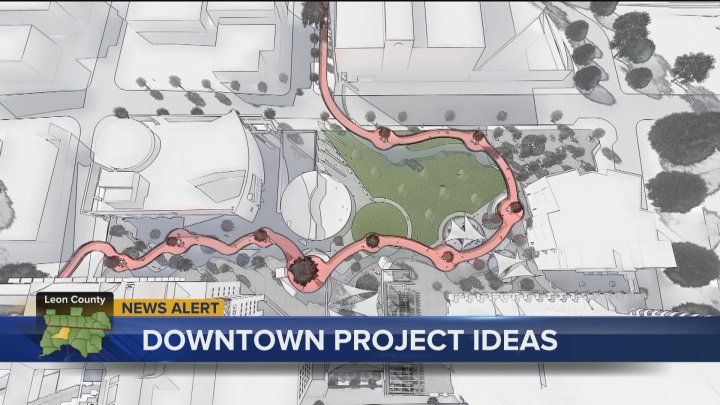 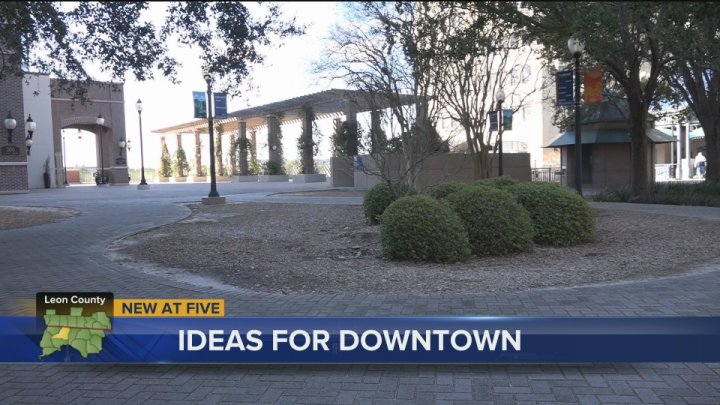 Leaders say they want to give people a reason to come back downtown; goals include making the area more connected, accessible and safe.

A major part of that redevelopment could happen at Kleman Plaza.

The goal is to bring them all together.

"There's tremendous opportunity to create a space that supports our creative class locally. Facilitates the intersection of science, technology, art, and culture unlike anything we've ever seen. Creating a place where people want to live, work, play, and learn," said Scott Balog, the Executive Director of TCC's Center for Innovation. "We're also trying to improve accessibility to this core, and its connectivity to adjacent areas like Adams Street, City Hall, the Chain of Parks."

The group was put together by Tallahassee Mayor John Dailey.

One major focus is bringing families to the area; developers are discussing playgrounds and splash pads.

Possible developers have a license to dream big, because at some point, Kleman Plaza may become a blank slate.

The live oak tree in the plaza have strong roots, that have grown too deep, penetrating the membrane of the parking garage below, and causing water damage.

"There's a study being done to see how much damage there is, but at one point that roof is gonna have to come out. So we're looking and we're thinking, if we're going to replace it, let's do something better for the City," said Maxim Nasab.

Nasab is the Principal Bridge Architect at Apexx Architecture.

He was a member of a focus group targeting a possible pedestrian bridge, creating videos and renderings with Hoy Stark Hagan Architects.

"How can we make this entire side of Tallahassee, which is very hilly, accessible again?" said Nasab.

The elevated pedestrian bridge would connect Kleman Plaza to City Hall, eliminating the steep hill of Jefferson Street, which can be an issue to some people who use wheelchairs.

"Everyone's equal, there should be no different. If someone wants to visit one part of town they shouldn't have to navigate 30 minutes around just to get to the same place as someone that's able to," said Nasab.

The stakeholders want as many people involved as possible, getting citizen engagement and ideas. None of the projects are set in stone or are past the first stage of planning, and leaders are open to input.