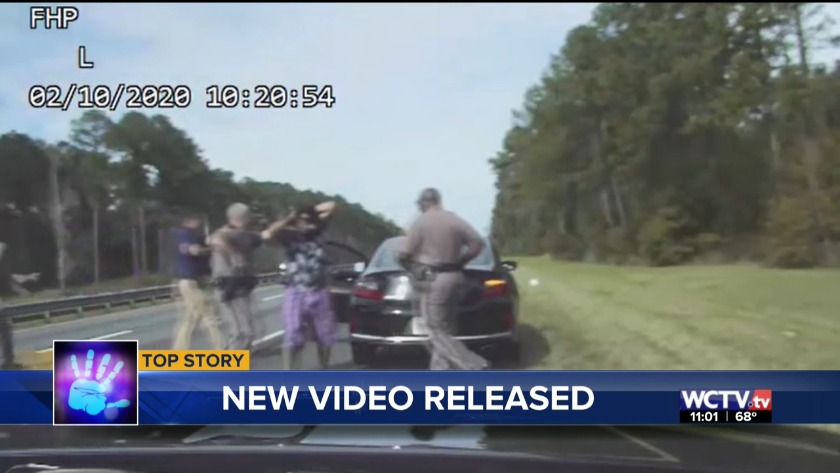 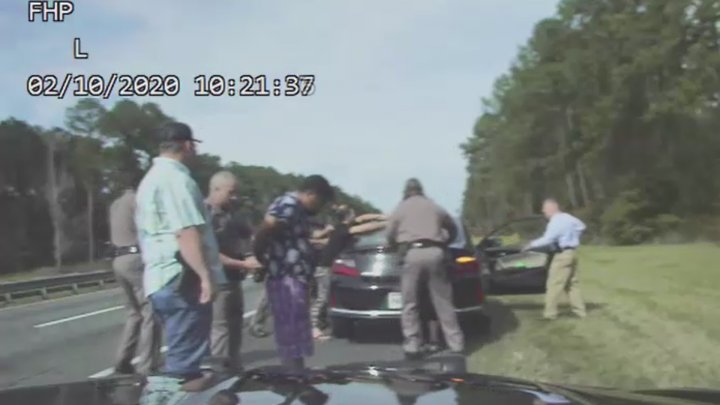 TALLAHASSEE, Fla. (WCTV) -- New video released by the Florida Highway Patrol shows the tense moments when a car at the center of an Amber Alert was pulled over in Tallahassee.

Law enforcement around the state had searched for hours for a black Honda Civic before a Florida Highway Patrol Trooper spotted the it on Interstate-10 in Tallahassee. Inside was three-year-old Madeline Mejia who had been abducted from her home in Apopka.

"I didn't see anything through the windows except for the occupants. I couldn't see a child's head or anything like that," said Trooper Jessie Sunday. "I saw it was occupied about four times. Two males, two females. I did not know for sure until they actually made the traffic stop that the child was actually inside the vehicle."

Trooper Sunday tailed the suspect's vehicle for two miles while waiting for back up before initiating the stop. He can be seen on dashcam video approaching the driver after the vehicle pulls to the shoulder and comes to a stop. Immediately, several unmarked vehicles and officers in plain clothing surround the car with guns drawn. One-by-one the rest of the passengers were ordered out of the car and detained. Eventually, Madeline is pulled from the vehicle. She can be seen wearing the pink shirt and blue jeans that were described in the Amber Alert.

Trooper Sunday said she was not secured in a car seat and had been sitting on the lap of someone in the back-seat. The video demonstrates just how quickly the officers were able to get the situation under control. Audio recordings of the radio traffic from the traffic stop that were released earlier in the week showed just how calm the Troopers remained as it all unfolded.

Two people, a male and a female, were not charged, but were released to immigration officials. The second man and woman, the mother Tania Fortin-Duarte and her boyfriend Kevin Olmeda-Velis, are charged with custody interference and remain jailed in the Leon County Jail. They are expected to be moved to orange County.