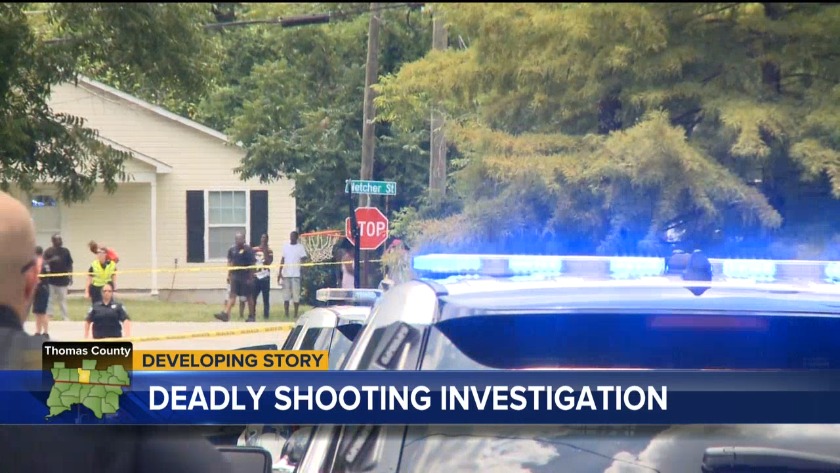 THOMASVILLE, Ga. (WCTV) -- The Thomasville Police Department and GBI are saying they've arrested 18-year-old Derylmaize Jackson in connection to the shooting. Charges include one felony county of murder, one count of aggravated assault, and one count of possession of a firearm.

Jackson is currently being held in the Thomas County jail.

TPD has told us the crime scene has been cleared, but they are still actively searching for the suspect.

THOMASVILLE, Ga. (WCTV) -- The Thomasville Police Department is responding to a fatal shooting on Feinberg Street, near Lester St. and Fletcher St.

Authorities say two men were found shot in a black car on Feinberg Street, one of which suffered fatal injuries.

Police say they were told there was an altercation between a group of men when multiple shots were fired.

Officials say they responded to the scene around 1 p.m.

TPD says the family of the victim has not been contacted and no identification has been made public.

Authorities say no arrests have been made and there are no known suspects at this time.

Thomasville Police say they are looking looking for any information that may help with forming possible leads.

Officials ask the public to avoid the area.