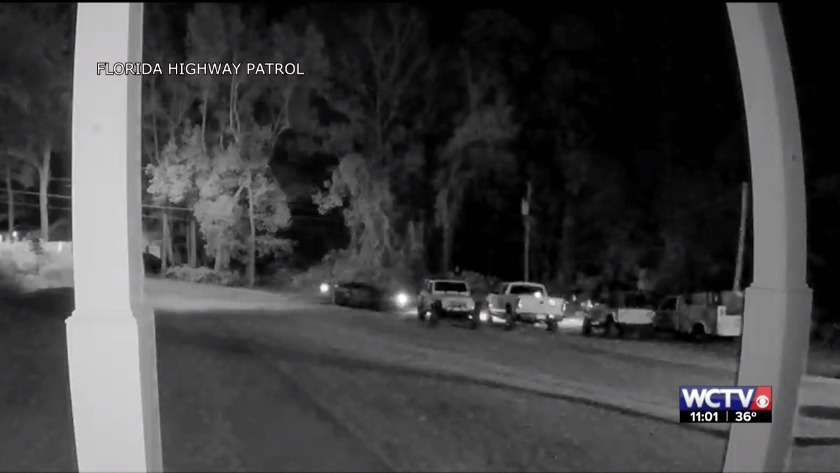 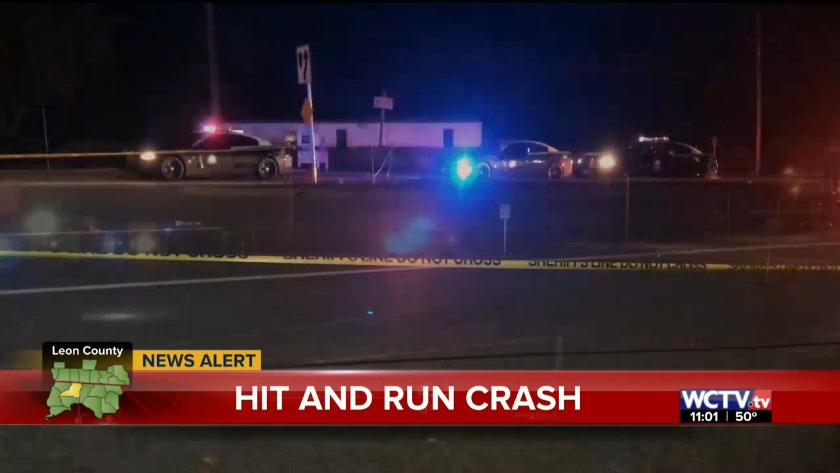 Hit and run on N.Monroe St.

TALLAHASSEE, Fla. (WCTV) -- The Florida Highway Patrol has released new video that shows what an alleged hit and run driver did immediately after a devastating collision.

"Imagine not knowing if your family member is going to be alive or not," Master Corporal Patricia Jefferson-Shaw told WCTV's Katie Kaplan. "We want to bring closure to this case."

The surveillance video shows a black male driver in a sedan pull down a street, get out of the vehicle and walk around to the front of the car, apparently to check out the damage. The person is then heard yelling an expletive, before getting back inside the vehicle and reversing out of the frame at a high rate of speed.

Troopers said the crash occurred around 9:40 p.m. Monday on Highway 27 near Northmont Drive. The victim, 26-year-old Jeremiah Bruce, was reportedly walking in the southbound lane when the vehicle, traveling in the same direction, hit him. The collision caused damage to the bumper and grill.

"The debris that was left at the scene came from the front grill of the vehicle," said Jefferson-Shaw.

Anyone who sees the damaged vehicle, or who may have any helpful information is asked to call Sgt. Pitts at 850-245-7700.

TALLAHASSEE, Fla. (WCTV) -- The Florida Highway Patrol says they are trying to find a possibly silver vehicle involved in a hit and run Monday night on North Monroe Street.

If you have any information that can help identify the suspect in this case, please contact FHP at 850-410-3046.

TALLAHASSEE, Fla. (WCTV) -- Authorities are on the scene of a hit and run crash on North Monroe.

The Florida Highway Patrol says after 10 p.m. on Monday, a vehicle struck a pedestrian who was walking across N. Monroe and the vehicle then fled the scene.

Authorities say the pedestrian was immediately taken to the hospital. No update on their condition was given.

FHP says southbound lanes have reopened in the area.

Crash on I-95 in Miami kills construction worker

Crash on I-95 in Miami kills construction worker