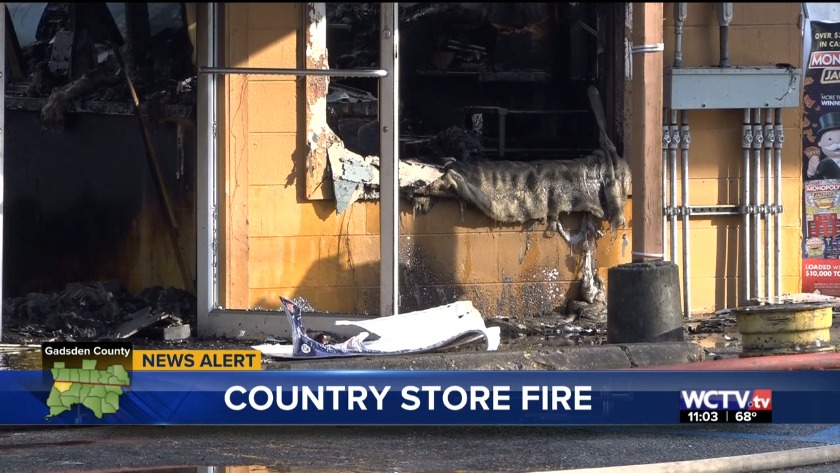 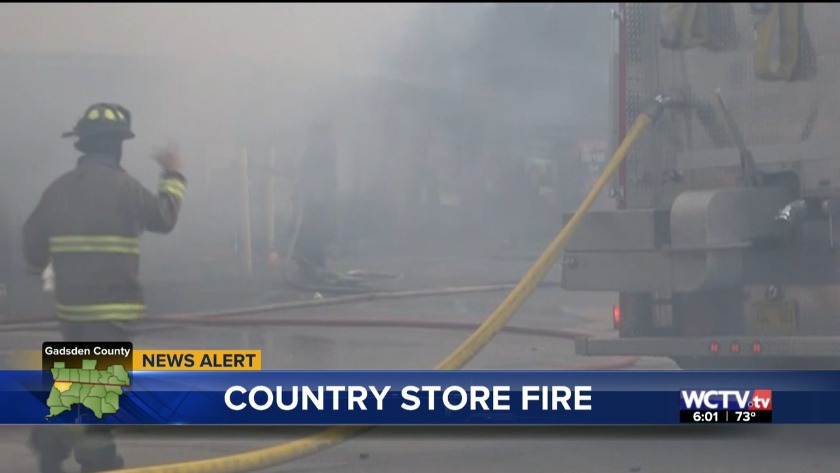 The fire started just before 3 p.m. on Wednesday and lingered into the night.

Six different departments responded to the scene to help douse the flames.

"I said 'Well, y'all need to get out of here because you can't stay in here,'" James Butler, a friend of the owners of Ken's, said in recalling the moments right before the store went up in flames.

He was telling the owners to get out of their business, one that's been a staple in the community for more than 60 years.

"I love this store," said frequent customer Justin Scott. "I grew up loving this store. My ancestors came to this store. A lot of memories from this store and it's gone."

The fire was one of the biggest some residents say they've ever seen.

First responders say they found it difficult to fight.

"Not only is it a gas station, but there's wind and when there's wind, it fuels the fire," said Gadsden County Sheriff Major Shawn Wood. "And there's alcohol in the building also, which that helps fuel the fire also."

The flames stood several feet high, torching nearby trees and leaving the building, as well as its surroundings, badly damaged; including the attached house, that belonged to the owners.

Locals feeling for the family, and promising to help.

"I feel really bad. I'm hurt for them cause they were good people," said Scott. "They never did anything wrong. I feel for them."

Wood added, "You know the community is rallying around them. I know y'all have talked to several of them. It's a very close-knit community."

And although it hurts now, locals say the store will always have a place in their hearts.

The owners of the store were on the scene, but did not want to talk about the fire.

While the cause of the fire remains under investigation, officials say they're almost positive the store is a total loss.