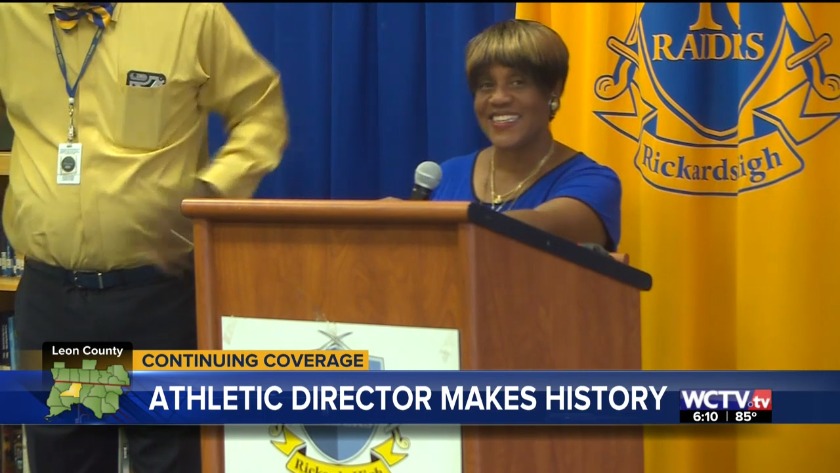 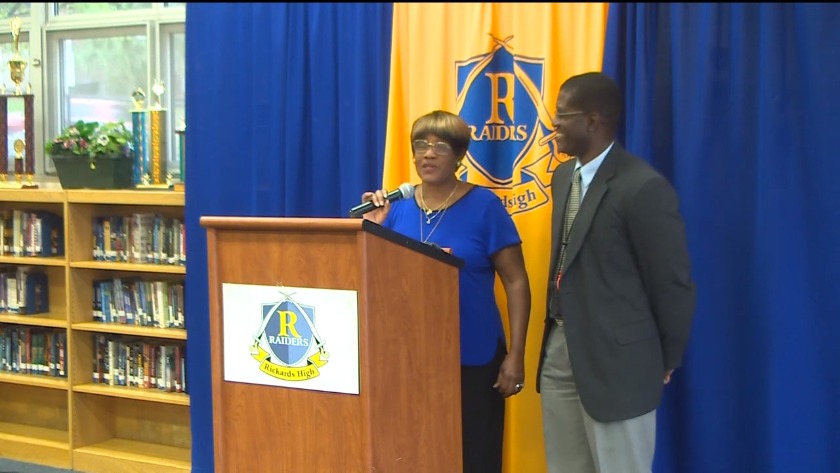 She's the first female A.D. at Rickards, and the first African American female athletic director at a high school in the Leon County Schools system.

Farmer added, "You now see women doing this in other areas, but not in our specific area; and that's huge."

She said, "To me, it means a lot. We have come a long distance, and we're still climbing. If we continue to climb, we'll really reach the top."

Farmer's goals include closing the achievement gap and making the sports programs compliant and competitive.

Douglas Cook, the principal at Rickards, said, "I felt that it would be a great fit for the school; and I felt that Ms. Farmer coming back would be just outstanding for Rickards High School."

A top priority for Farmer is raising money. She's started already with a local pastor announcing Tuesday a pledge of $1,000. Farmer says her goal is to raise $20,000 to supplement the department's budget.

Farmer's last year coaching at Rickards was the only time the girls basketball team went undefeated in the regular season.

Farmer was officially introduced in her new role at the school at a ceremony on Tuesday morning.

Chiles, Mosely come together on pitch after coming together for Michael relief

Chiles, Mosely come together on pitch after coming together for Michael relief