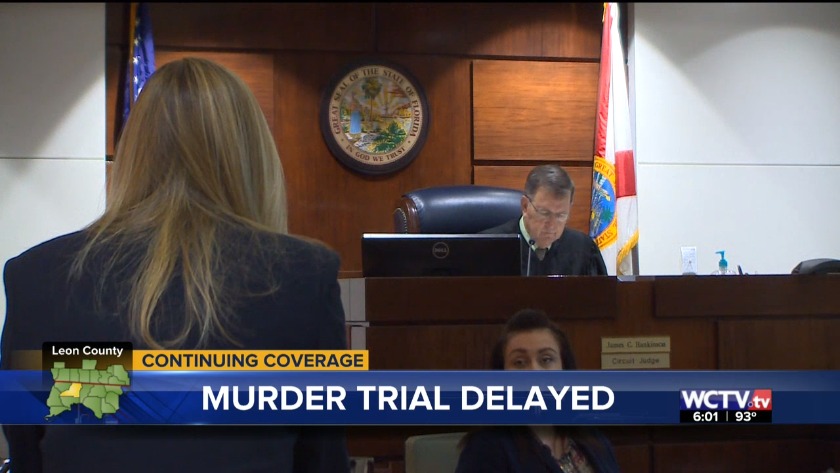 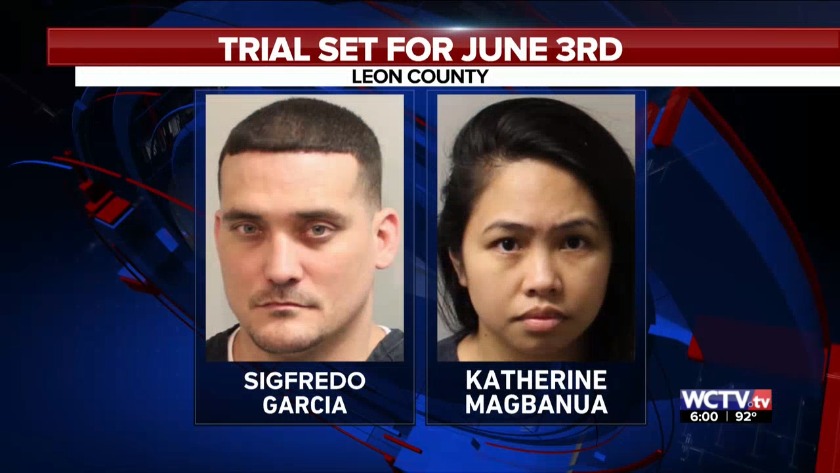 TALLAHASSEE, Fla. (WCTV) -- A judge has delayed the upcoming trial of Sigfredo Garcia and Katherine Magbanua.

The two were set to stand trial starting June 3 for the July 2014 murder of Dan Markel.

Prosecutor Georgia Cappleman told the judge new technology is allowing them to access emails and text messages on a cell phone Magbanua was carrying when she was arrested.

Cappleman said they got a search warrant last week and started extracting more than 50 gigs of data, but stopped when they realized there may be privileged communications between Magbanua and her lawyer on it.

Cappleman said she wanted to move forward with the trial, but given the new material, she said she would not object if the defense asked for a delay. Attorneys for both Magbanua and Garcia asked for a delay and the judge promptly postponed the June 3 trial.

A status hearing is now set for June 18. The judge did not set a new trial date.

TALLAHASSEE, Fla. (WCTV) -- The couple accused of killing FSU law professor Dan Markel will be back in court Thursday afternoon.

Sigfredo Garcia and Katherine Magbanua are facing murder and conspiracy charges in the July 2014 shooting, and are expected to stand trial June 3.

We have no word yet on what attorneys are expected to discuss at the afternoon hearing.

Meanwhile, the First District Court of Appeals has scheduled oral arguments on Katherine Magbanua’s request for a stay in the proceedings as her defense team pushes to depose Markel’s ex-wife before trial. That hearing is now scheduled for May 28.

“She is the ex-wife of the deceased and the state has not been shy in what their theory of the case is,” defense attorney Tara Kawass said earlier this week. “We need to ask her some questions and now we’re in a position where she will take the stand during trial and we have no idea what’s she’s going to say. The four or five hour sworn statement that she gave to Detective Isom on the date of the homicide is insufficient.”

Arrest documents suggested Dan Markel’s murder was part of a murder-for-hire plot motivated by a custody battle over the couple’s two children. None of the Adelsons has been charged with a crime and family attorneys have repeatedly denied any involvement in the murder.

A judge recently granted Wendi Adelson a protective order that bars the defense from deposing her before trial. Circuit Judge James Hankinson wrote in his order, “It is undisputed that upon being called to testify at deposition, the witness, Wendi J. Adelson, upon advice of counsel, will assert her right to remain silent pursuant to the Fifth Amendment.”

The arguments before the appeals court are scheduled for next Wednesday, May 28. It’s not clear yet if that hearing just days before trial will result in any further delays.

A judge Tuesday denied yet another request to delay the trial.

"We are still sounding not ready at this time," defense attorney Tara Kawass told the judge Tuesday morning.

Katherine Magbanua's attorneys contend prosecutors have dragged their feet when it comes to turning over text messages, wiretaps and the names of six new witnesses.

"They've just given us reams of data two weeks before trial. You don't need to be a lawyer to realize that's not fair," defense attorney Chris DeCoste said after the hearing.

"They got what they asked for," prosecutor Georgia Cappleman said of the evidence in question. "The iCloud (Charlie Adelson's iCloud) has been available for their inspection since the beginning of the case."

Cappleman said she would not turn over the iCloud due to HIPAA privacy rules without a court order. "This is the first time they've sought to do that. So, I'm complying with the court's order."

The judge has ordered the state to turn over the evidence by the week's end. He refused to delay the trial, despite a third request in three weeks from the defense.

"I am six months out from chemotherapy," Kawass told the judge. "I do feel that a short reset would give me the strength I think it would require to endure a trial of this magnitude."

"I'll leave it set for trial June 3," the judge said after the 15-minute hearing.

The defense also filed a petition for writ of certiorari with the appeals court Tuesday. Defense attorney Tara Kawass said they've asked for an emergency stay so they can depose Markel's ex-wife, Wendi Adelson, before she takes the stand.

"We're asking the First DCA, the appellate court, to step in," Kawass said. "We need to ask her some questions and now we're in a position where she will take the stand in the trial and we have no idea what she's going to say."

Adelson is covered by a protective order right now, meaning the statement she gave to police the day her ex-husband was gunned down in his garage may be the only questions she'll answer before trial.

The First DCA has set deadlines of 5 p.m. Friday for both sides to file their arguments and responses in the case.

TALLAHASSEE, Fla. (WCTV) – Katherine Magbanua's defense team had renewed its request for a trial delay, but it was denied Tuesday morning for the third time.

The defense had asked for a trial delay for the third time, saying it’s just getting word of six more witnesses, and now has access to new text messages and FBI wiretaps.

A Leon County judge denied the request to delay the trial. The trial is set to begin June 3.

TALLAHASSEE, Fla. (WCTV) – A key witness in the upcoming Dan Markel murder case is now back in Tallahassee.

Records show Luis Rivera was transported from a federal prison in Tucson, Arizona and booked into the Leon County Jail late last week.

In October 2016, Rivera accepted a plea deal in the murder. He received a 19-year prison sentence in return for testifying against co-defendants Sigfredo Garcia and Katherine Magbanua. All three are accused in the July 2014 murder of FSU law professor Dan Markel.

Garcia and Magbanua’s trial is set to begin June 3.

The judge promptly said no to the delay, but ordered prosecutors to turn over the requested evidence within five days. That includes Charlie Adelson's iCloud data, thousands of text messages, federal wiretaps of Luis Rivera and more information on a female jail inmate just added to the state's witness list.

Garcia and Magbanua are both expected in court Tuesday for a final pre-trial hearing.