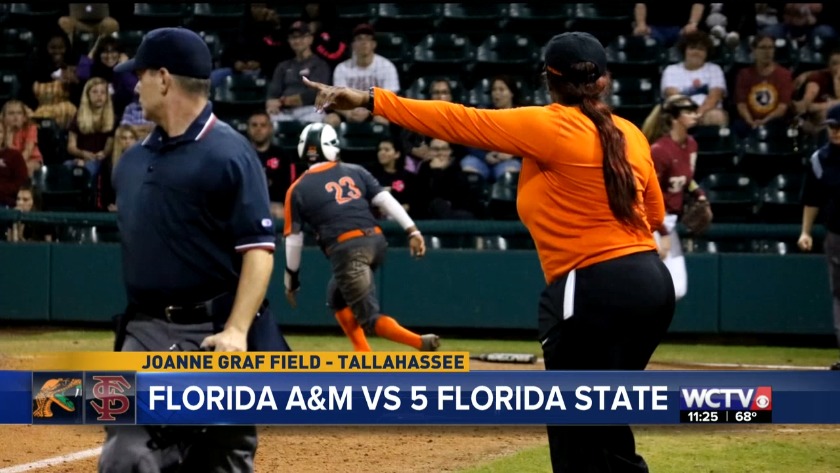 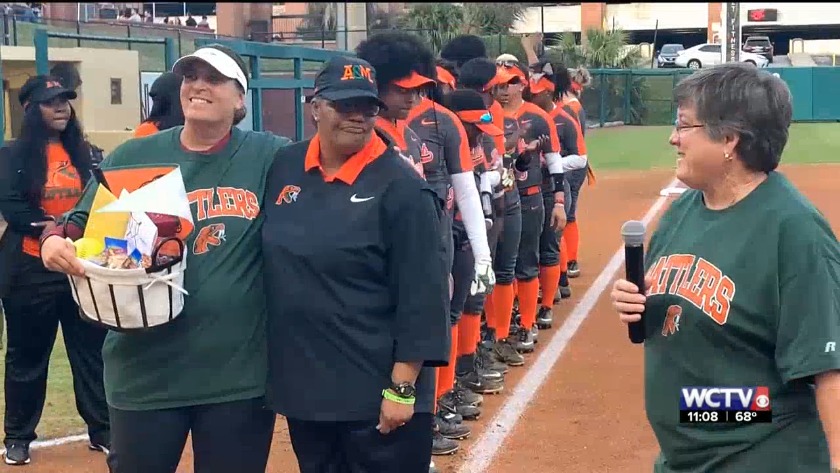 FSU has now won 25 straight games against the Rattlers, dating back to 2006.

The Seminoles drew first blood in the bottom of the first inning on a three-run home run from Elizabeth Mason off the scoreboard in right-center field, giving FSU a 3-0 lead. Kiersten Landers led the inning off with an infield single and a one-out walk to Sydney Sherrill set the table for Mason's blast.

The Noles added two more runs in the bottom of the second inning, when Devin Flaherty scored on an RBI triple off the bat of Chloe Culp, who scored herself on a wild pitch from FAMU starter Gabriella Williams during the next plate appearance to make it 5-0.

Culp put the next three runs on the board in the bottom of the third on a three-run home run after Mason and Anna Shelnutt drew consecutive walks to open the inning to give the Noles an 8-0 lead.

As the Noles bats were hot, so too was FSU defensively; after allowing two base runners in the first on an error and an infield single, FSU pitching retired nine straight batters from the first through fourth inning.

The streak ended on a fielding error by mason to allow Keyaamari Jones to reach with two outs in the top of the fourth, setting the table for a run-scoring single off the outfield wall by Jeriah Brokenborough to score the first run of the game for the Rattlers, making it 9-1.

FSU added a run in the bottom of the fourth on a run-scoring triple off the bat of Savannah Parker to plate Kaia LoPreste, who reached on an error, making for a 10-1 game.

FAMU rallied in the bottom of the fifth, scoring on an RBI double by Brandice Boatwright to make it 10-2, but the Noles retired the side to end the game after 4.5 innings.

Kathryn Sandercock was credited with the win for the Noles, moving to 3-0, while FAMU starter Williams took the loss, moving to 0-2 on the season.

The win moves FSU to 6-0 before they head to the St. Pete/Clearwater Invitational this weekend. FAMU falls to 0-5 and they'll head to the Bubly Invitational in Gainseville this weekend, where they'll face Southeastern Louisiana, Longwood, North Dakota State and Florida.