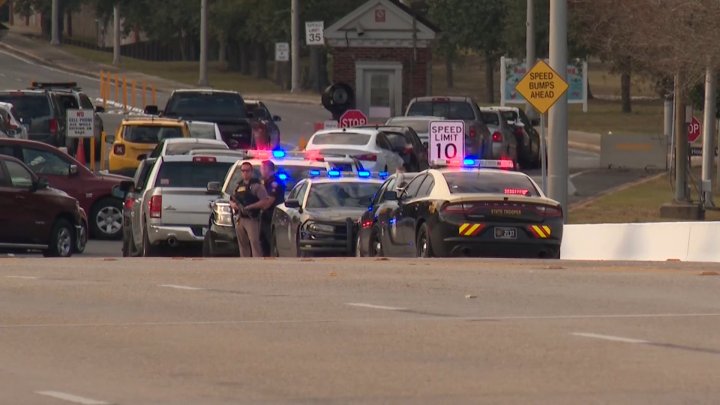 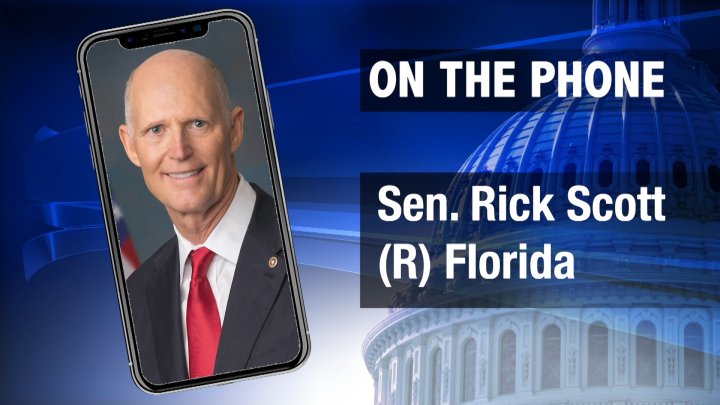 WASHINGTON (Gray DC) -- The gunman who murdered three US sailors and injured eight at the Pensacola Naval Air Station last December was radicalized by al-Qaida, according to federal law enforcement officials. Monday during a press conference, the Department of Justice and the FBI announced the break-through, thanks to new evidence unlocked by the shooter’s cell phones.

Investigators respond to the Pensacola Naval Air Station shooting last December, where a gunman claimed the lives of three victims, while injuring eight others. (Source: WEAR)

US officials now say the Pensacola shooter spent months plotting this terror attack. They say he was radicalized years ago by al-Qaida. The case raises questions about safety on military bases and concerns about big tech companies cooperating with law enforcement.

Monday, US Attorney General Bill Barr announced FBI technicians were finally able to break into Mohammed Alshamrani’s cell phones. The Saudi Air Force officer was in training at Pensacola Naval Air Station leading up to the deadly rampage in December. Alshamrani was killed by law enforcement during the attack.

At the news conference, Barr excoriated Apple, saying that despite a court order, the tech company would not help investigators get into the password-protected phones.

“Apple's decision has dangerous consequences for the public safety, and the national security, and is in my judgment unacceptable. Apple's desire to provide privacy for its customers is understandable but not at all costs,” said Barr.

Apple released a statement strongly disputing the allegation, claiming they been working around the clock with the FBI since day one.

Florida Republican Senator Rick Scott – a Navy veteran who currently serves on the Armed Services Committee – is pushing for a bill that would strengthen the vetting of foreign trainees. He says with more than 20 military installations in Florida, he wants to protect those who protect us.

Scott says while the Saudis are an important ally, and he sees value in training foreign military programs, he thinks they should be done overseas and not on American soil.

”Every time you think about it, you just think of those families that lost their loved ones and I served in the Navy and I never envisioned on a base I was ever unsafe," said Scott.

This investigation is far from over, according to FBI Director Christopher Wray. During the call, officials said they are looking at whether other suspects were involved in this terror attack.

In Apple’s full statement, a spokesperson called the terror attack heinous. The company says they do not have the ability to unlock passcode-protected devices. The spokesperson says what the federal government is really asking for is for Apple to create a back-door, which would weaken security and privacy systems for all Americans.

The full statement reads as follows from Apple:

“The terrorist attack on members of the US armed services at the Naval Air Station in Pensacola, Florida was a devastating and heinous act. Apple responded to the FBI's first requests for information just hours after the attack on December 6, 2019 and continued to support law enforcement during their investigation. We provided every piece of information available to us, including iCloud backups, account information and transactional data for multiple accounts, and we lent continuous and ongoing technical and investigative support to FBI offices in Jacksonville, Pensacola and New York over the months since.

On this and many thousands of other cases, we continue to work around-the-clock with the FBI and other investigators who keep Americans safe and bring criminals to justice. As a proud American company, we consider supporting law enforcement’s important work our responsibility. The false claims made about our company are an excuse to weaken encryption and other security measures that protect millions of users and our national security.

It is because we take our responsibility to national security so seriously that we do not believe in the creation of a backdoor — one which will make every device vulnerable to bad actors who threaten our national security and the data security of our customers. There is no such thing as a backdoor just for the good guys, and the American people do not have to choose between weakening encryption and effective investigations.

Customers count on Apple to keep their information secure and one of the ways in which we do so is by using strong encryption across our devices and servers. We sell the same iPhone everywhere, we don’t store customers’ passcodes and we don’t have the capacity to unlock passcode-protected devices. In data centers, we deploy strong hardware and software security protections to keep information safe and to ensure there are no backdoors into our systems. All of these practices apply equally to our operations in every country in the world."

Read the original version of this article at www.graydc.com.

US closes probes into 3 senators over their stock trades

Bars and clubs wonder 'why' as week 10 of closures approaches

US closes probes into 3 senators over their stock trades