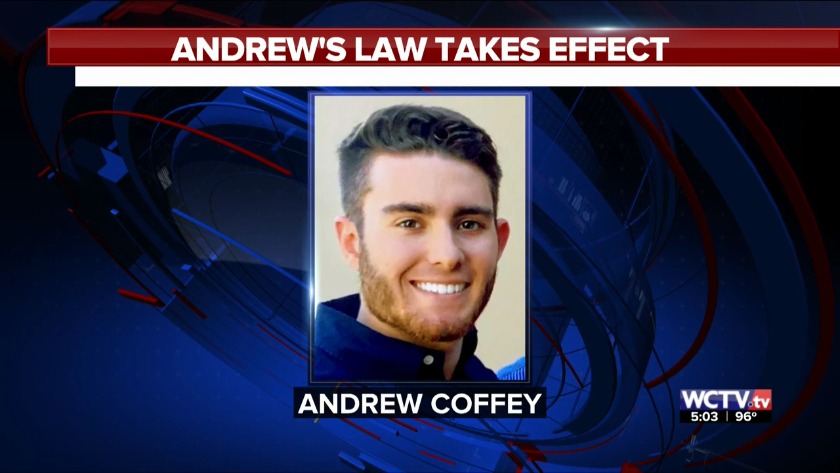 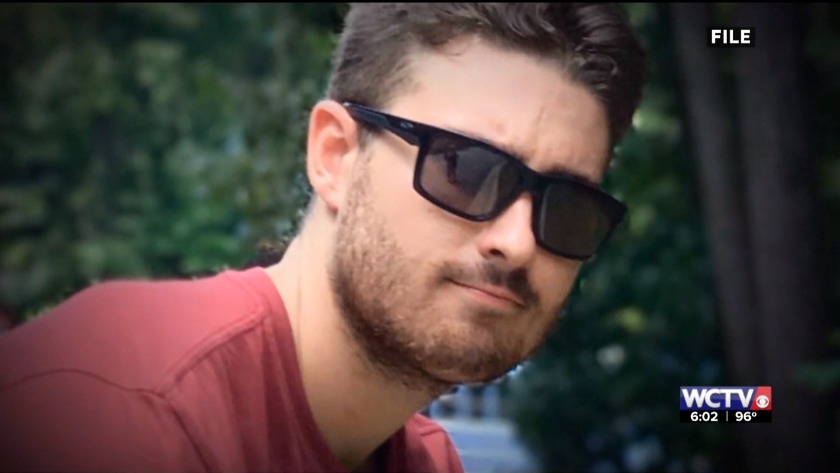 Tom Coffey stated that back in 2018, when his journey to begin pushing for state hazing laws.

Back in 2017, the death of their son, Andrew Coffey, a Florida State Student and Pi Kappa Phi member, took the state and nation by storm. Coffey was at an off-campus fraternity party when he was hazed into drinking an entire bottle of bourbon, that was taped to his hand.

Andrew's Law, the law made in response to this tragedy goes into effect October 1. The law provides stricter measures for those who conduct or participate in hazing, and give immunity to those who pick up the phone and dial 911.

Many students on campus Monday were hopeful for the new law. The students hope it will make their peers aware of the consequences. But others also believe it is a shame this law even needs to exist.

Eduardo Neira was a senior in high school at the time of Coffey's death. He says the traumatic event almost caused him to not enroll at FSU, "Hazing does happen and it's a real thing but when Andrew Coffey situation happened it became real for me."

Iveliz Ortiz, a senior, recalls what it was like, "It just impacted all of campus everyone was so upset about it I knew people who knew him and they were also upset."

Since the incident, the university has been educating their students as well as working to prevent this from occurring again. Angela Lauer Chong, the Associate VP of Student Affairs, shares, "It was a wake-up call for Florida State University and for other universities across the country and that's when leadership at Florida State University decided that it was time for a new normal."

Back in 2018, Coffey's father shared he was still in shock, "Andrew died in a room full of people that just did not care."

Students like Brian Hein are unsure if the law will in fact create the change they want to see, "I mean you would love to see hazing stop like I don't know how it got started like hey let's make this kid do humiliating stuff like life threatening things for him to be a part of our group. From both sides it's just insane that people still want to take part in it."

While others, like Chong, remain optimistic, "It really emphasizes the fact of caring about one another and not to hesitate if you think that someone is in need of medical care."

"Since it will be a much more serious offense people will put a lot more thought into realizing what actions have consequences," said Iveliz Ortiz.

And Neira hopes that others take action, "Even if you were someone inciting it, if you have the chance to stop it that is absolutely the right thing to do."

Ortiz furthers, "Be safe and make sure you are doing what you want to do and not what you are forced to do."

There are still criminal charges pending against four Pi Kappa Phi Fraternity members. All are on hold while the First District Court of Appeals reviews the case. That appeal was filed back in May of 2018. The DCA just scheduled oral arguments in the case for October 15.

Four other fraternity members have already entered pleas and have been sentenced in this case.