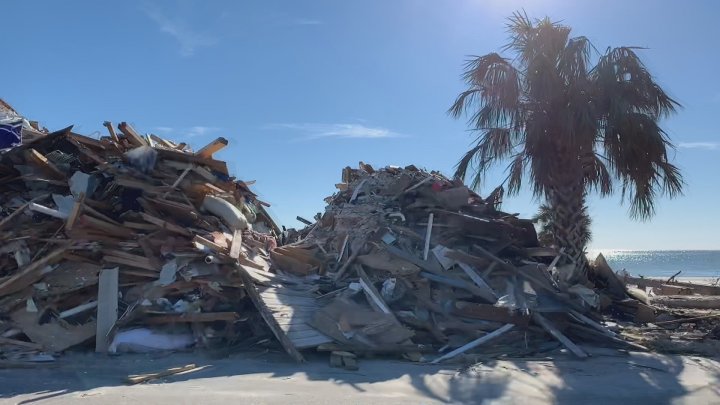 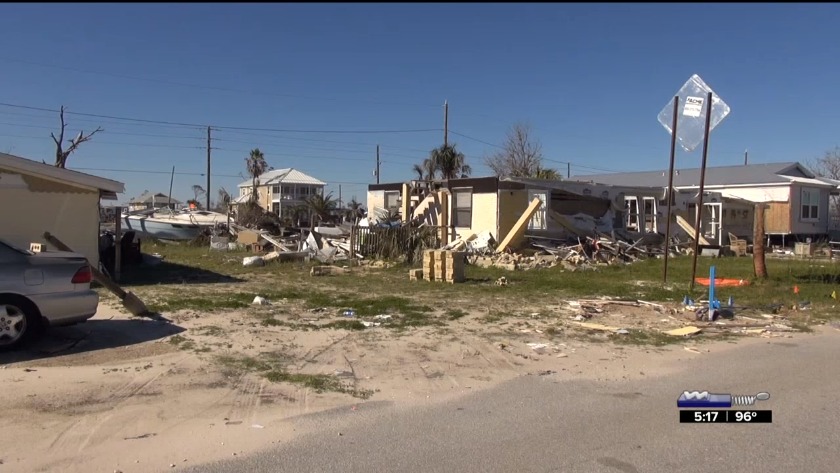 Floridians farther from Hurricane Michael were more disconnected from impacts

CHATTAHOOCHEE, Fla. (WCTV) -- Jackie Punancy survived Hurricane Andrew, a Category 5 hurricane that went through South Florida like a buzzsaw, in 1992. She moved to Chattahoochee to escape the storms.

Then Hurricane Michael came along.

After spending nearly $4,000 on just cleaning her yard of debris and downed trees as well as fighting with her insurance company for compensation, she's frustrated. She's also frustrated with the lack of response from the state - and the visibility of the plight the community is going through.

"When Andrew was in Miami...This area took care of it - [people] donated. So why can't they do the same favor?" Punancy said.

The awareness is not just felt, it has been recorded.

The National Survival Initiative, on behalf of Rebuild 850, conducted a survey of 1,000 Florida voters across different locations, political affiliations, races and genders. Participants were asked questions about how much they knew about hurricane Michael and the damages from it.

The survey found that many Floridians are unaware about the problems still affecting Michael-impacted areas.

"The unfortunate thing, the reality of this survey, it shows that the farther Floridians are away from the Panhandle, and the horrible damage and after-effects of Hurricane Michael, the more disconnected they are to the facts and the truth- not just of the damage- but the continuing need among people in communities," said Ron Sachs, Rebuild 850 coordinator.

Sachs also highlighted that homelessness, unemployment, and damaged public facilities are well-known issues to most Floridians.

However, only 45% of voters are aware of mental health issues, food insecurity, and the threat of wildfires from downed trees. Northwest Florida voters continued to be more aware of the issues compared to the rest of the state.

Only 31% of voters said that they donated time or money to hurricane Michael relief efforts. They were also asked which hurricane relief activities they would participate in.

Relief is still needed in places like Chattahoochee. With blue tarps on display. And debris still being cleaned up.

Punancy said she has, despite the damage she suffered, fared better than others.

"I've been driving and all I can see still is blue tarps on the homes," she said.

Friends from her church we're out there to help with additional cleanup and helping to install a new roof on this home that's over 80 years old.
One of them. Donovan Batten, says that people should reach out to help.

"I think it's laziness," he said. "People care more about themselves than others than they do other people."

"And hurricane season is coming up again and it could happen to anyone, so tell them not to forget us," Punancy said.

Fatal stabbing leads to officer-involved shooting on Holton Street
Related Documents
Comments are posted from viewers like you and do not always reflect the views of this station. powered by Disqus