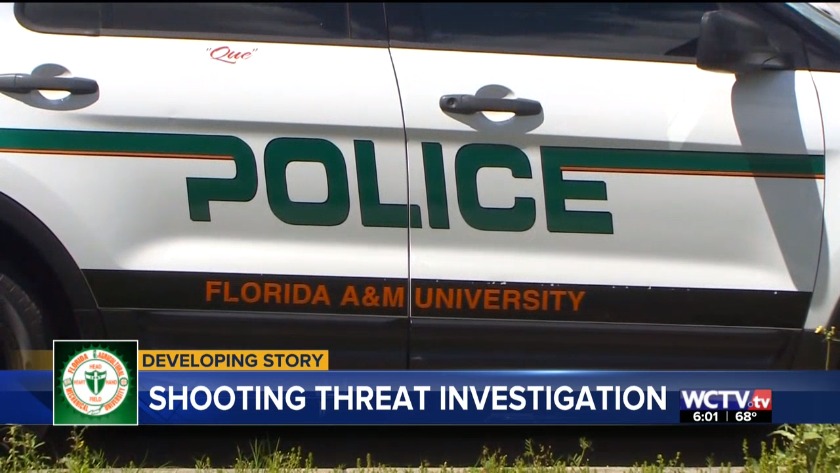 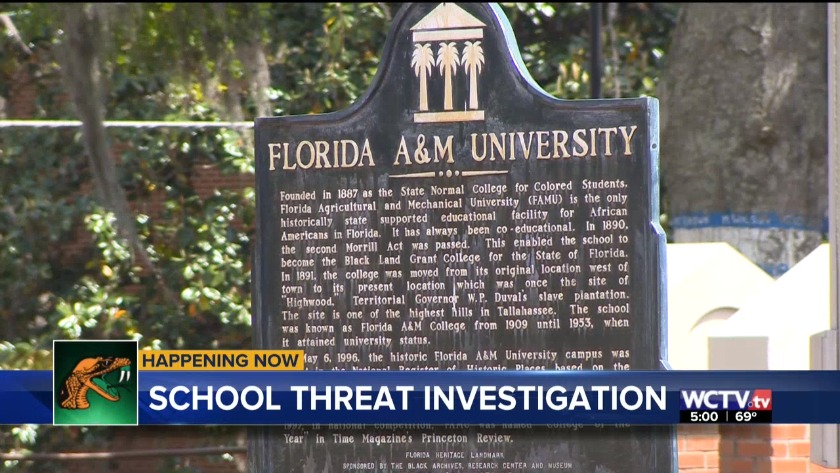 TALLAHASSEE, Fla. (WCTV) – Florida A&M University confirms a person of interest has been detained after the school was made aware of a possible threat.

According to the FAMU alert system, the university received "countless text messages, phone calls and emails in regards to a person wanting to shoot our beloved university."

Another alert sent out just after 4 a.m. Tuesday says that information gathered from concerned citizens helped the university and local law enforcement agencies identify a person of interest in South Florida.

The university released the following statement on Tuesday:

A suspect has been detained in connection with threats aimed at Florida A&M University (FAMU).

FAMU Police Chief Terence Calloway reports Campus Safety and Security received emails, text messages and phone calls Monday evening about the threat that was posted on social media. The information helped Campus Safety identify a person of interest, a former student, who was last enrolled at FAMU in January 2018.

FAMU police worked with law enforcement in Broward County to detain the suspect, and the investigation is ongoing.

We would like to thank our FAMU family for reporting the information and urge students, faculty and staff to report any suspicious activity as soon as you see it by calling 911 or campus police at 850-599-3256.

The Tallahassee Police Department says, "The incident was deemed to be isolated with no immediate threat to the community."

Classes will continue as scheduled on Tuesday.