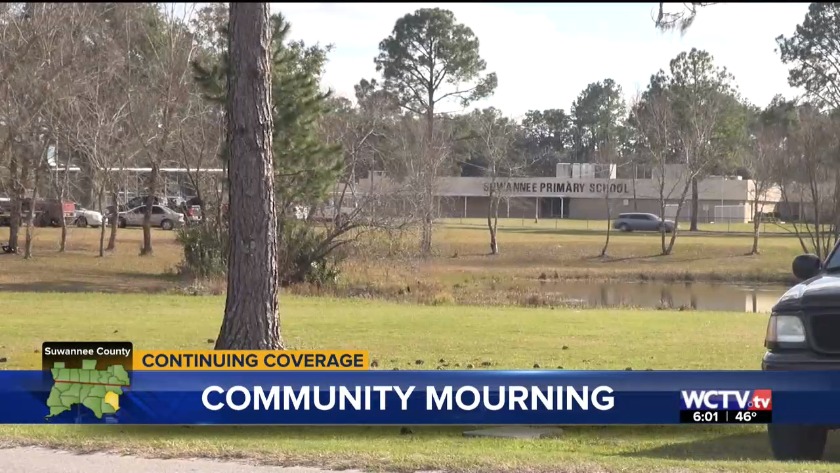 Community still in mourning after children found dead in freezer in Suwannee Co. 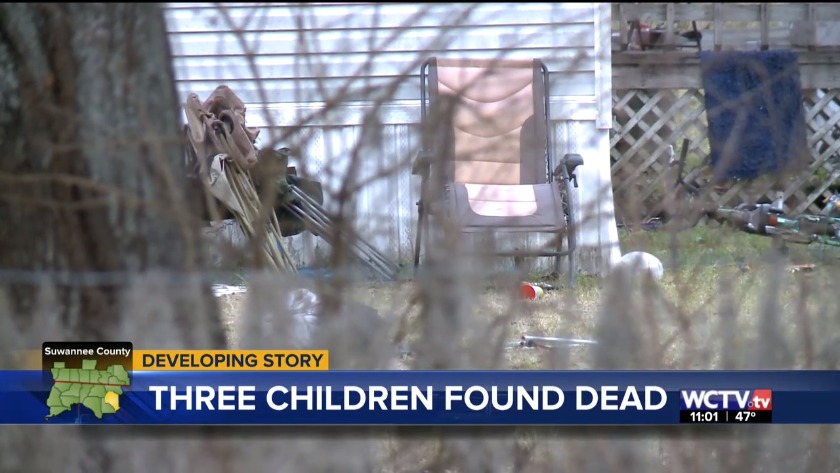 Authorities warn of danger of entrapment after children's deaths 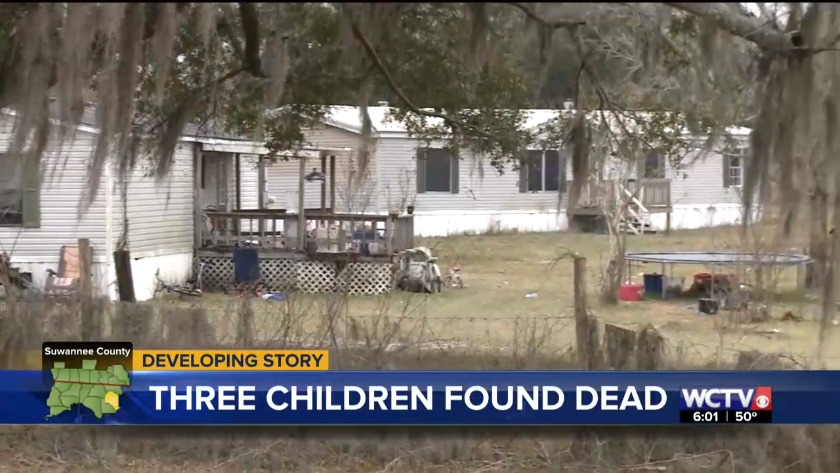 On Sunday, Suwannee County Sheriff's deputies responded to a home north of Live Oak. When they arrived, they found three children unresponsive. The children were taken to a hospital where they later died.

Officials said the children were playing outside when a mother watching them went inside to use the restroom. When she returned, the kids were missing. They were later found trapped inside a freezer.

Officials with Suwannee County Schools said one of the children was a six-year-old kindergarten student at Suwannee Primary School.

Principal Marsha Tedder said the student was very happy, very loved and will be missed. Tedder said his classmates have been writing memory books filled with their favorite stories, which the school plans to give to the boy's family. They are also collecting donations to help the family through their loss.

Suwannee County Schools is offering grief counseling, as well as providing resources for other parents to help them understand what their own children might be going through.

Sheriff St. John said the same is being offered to the officers and first responders. He said they continue to receive support from surrounding counties, as well as from the community.

"This is just a tragic, tragic, tragic accident. You know, kids will be kids, and they just went out there and played. Being kids, they don't know the danger of different things that are out there in this world like adults do," St. John said. "You know, when you just sit there and think about it, you know, what these children went through, what the family's going through and what they'll continue to go through. It just helps to have other people out there, helping you out, giving you words of encouragement. It means a lot."

St. John said the next step is to meet with the state attorney's office. Authorities will be going over the case on Wednesday. Officials expect to release more information, as well as the names of the three children, after that meeting.

LIVE OAK, Fla. (WCTV) -- The silence blistered just one day after three children died outside of a home in Suwannee County, when an afternoon of play quickly turned into an evening of pain.

"It's very sad. I have children of my own. They're grown now, but it makes me reflect on when they were smaller. We could never be too cautious with them," said Suwannee County resident Martin Stewart.

The children were reportedly playing outside when they climbed into a chest freezer. Suwannee County Sheriff Sam St. John said investigators believe when the lid closed, the latch did too, sealing it immediately.

An autopsy confirmed on Tuesday that all three children died from suffocation.

"I’m sure they did probably try to raise the lid up. Where the hasp was on it, it would not allow the lid to come up," said St. John.

In 1956, the number of refrigerator-related deaths in the U.S. was so high the government enacted the “Refrigerator Safety Act." Some states added to it, including Florida.

"There's actually a Florida statue to where you can't leave abandoned freezers, washing machines or dryers or anything that has a lid on it that's air tight that kids can get stuck," explained St. John.

The Consumer Product Safety Commission says from 2012 to 2017, there were 17 victims of household entrapments nationally. Sheriff St. John says he wishes the number was zero.

"Any time you have children, you know, something like this especially, the three of them at their age, it just really breaks your heart," said the sheriff.

Stewart said, "It's just a very tragic thing. It's very sad and I'm going to pray for the family."

Prayers Martin says he's hopeful will carry the family through during this tragedy.

The Suwannee County sheriff says the children were found inside of a chest freezer at a home on 173rd Place, just north of Live Oak. The kids were ages one, four, and six.

Sheriff Sam St. John says the kids were outside playing on the trampoline when the woman supervising them went inside the house for 10 to 15 minutes. When she came back out, the kids were missing.

Sheriff St. John says the woman and another woman at the home searched all over for the kids. They eventually looked inside of the freezer and found all three children inside, not breathing.

The children had been missing for 30 to 45 minutes by that point. They were taken to the hospital, where they were pronounced dead.

Area resident Bob Biggs says he'd seen a frantic woman looking for something. He had no idea it was the kids.

"Three little kids died over there. That's hard. That's tough to take because I have four grandkids of my own. That was a shock. That was just unbelievable," Biggs said.

The sheriff says the woman watching the kids is the mother of the four-year-old and the other woman is the grandmother to the one and six-year-olds.

The sheriff says the women had just gotten the freezer a few days ago, but had it sitting outside.

The sheriff says no foul play is suspected at this time. However, the investigation is still ongoing. He says the Florida Department of Children and Families has been notified and the case will go to the State Attorney's Office.

SUWANNEE COUNTY, Fla. (WCTV) -- The Suwannee Primary School released a statement Monday confirming one of the children who died after being locked in a freezer in Suwannee County over the weekend was a SPS student.

The full statement can be seen below.

The Florida Department of Law Enforcement responded to the residence to assist in processing the scene. Investigators conducted interviews with all of the adults who were at the home during the incident.

SCSO says the preliminary investigation revealed that the three children, ages 1, 4, and 6 years old, were playing outside in the yard, when for unknown reasons, they climbed inside of a chest freezer that had recently been brought to the residence. Investigators say the freezer had not yet been plugged in or brought inside.

At the same time, one of the women at the home went inside to use the restroom. When the woman returned to the yard, she could not locate the children so she woke up the other woman who was at home, sleeping, preparing to work the night shift.

The two began searching the property and an adjacent vacant home for the children. When they opened the chest freezer, they discovered all three children inside of it, not breathing. They immediately began resuscitation efforts and called 911.

Authorities say the investigation is still ongoing, but at this time, foul play is not suspected. The case will be forwarded to the Third Judicial Circuit State Attorney’s Office for review. The Florida Department of Children and Families has also been notified.