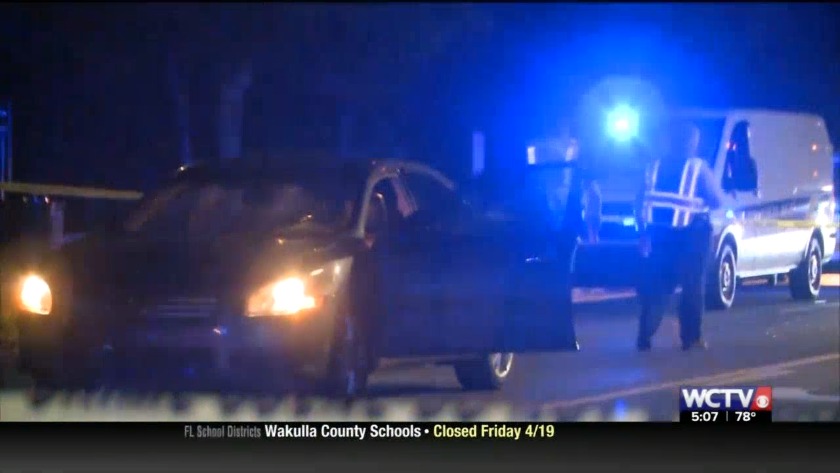 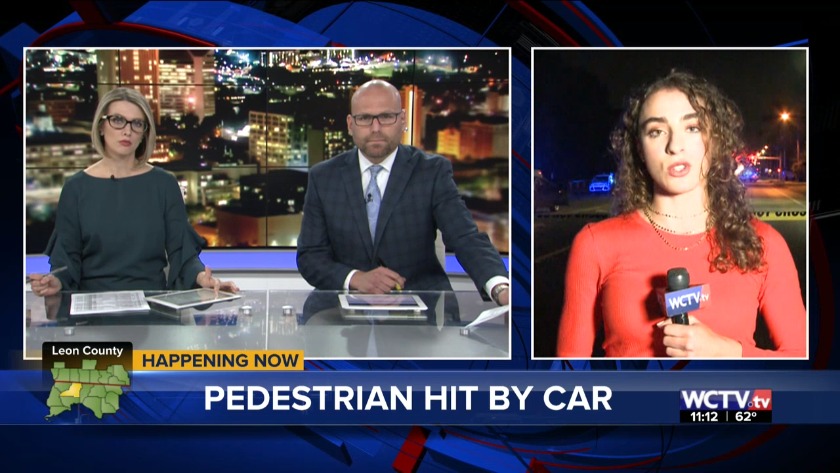 TALLAHASSEE, Fla. (WCTV) -- The Tallahassee Police Department is investigating a crash that left a pedestrian with life-threatening injuries.

It happened Wednesday night around 8:30 on West Pensacola Street near Cactus Street.

It's the same intersection where a hit and run killed a woman on February 9. Maria Ramirez, 46, died.

One woman says she was looking outside of her room window when she saw the man get hit by a car Wednesday.

"I could see one car stop and the other car ran into the back of the car and hit the man. I saw the man fly across the ground. He just was still. It all happened in a matter of seconds," she said.

Tallahassee police say the driver stayed on the scene of the Wednesday-night crash. Their name has not been released and there is no word on any charges.

The woman who saw it says she's not surprised by the incident. She said, "They drive too fast out here."

Aubrey Ahmad was at work nearby at the time Ramirez was hit and killed in that area.

"All you could hear was a loud crash and bang. I hadn't seen it, but I heard it. It was very loud," Ahmad said.

Pedestrians say the crosswalks in either direction are too far away. They'd prefer a traffic light and crosswalks at Cactus Street.

"I've been almost hit myself. I had to react very quickly for my own life, for my own safety," Ahmad said.

Police urge everyone to use crosswalks.

TALLAHASSEE, Fla. (WCTV) -- The Tallahassee Police Department investigated a crash on Wednesday near West Pensacola and Cactus Streets involving a vehicle and a pedestrian.

Emergency responders were called to the scene at 8:30 p.m. Wednesday and immediately provided medical attention to the pedestrian, who was transported to a local hospital with life-threatening injuries.

All eastbound and westbound traffic on West Pensacola Street was shutdown for several hours on Wednesday evening.

Thursday, TPD confirmed that the victim is in stable condition.

Traffic Homicide Investigators are asking anyone who may have witnessed the crash, but did not speak with an officer on scene, or anyone with information about the accident to please call (850) 891-4200. They may also remain anonymous by calling Crime Stoppers at (850) 574-TIPS.