Taggart not yet ready to name official QB1 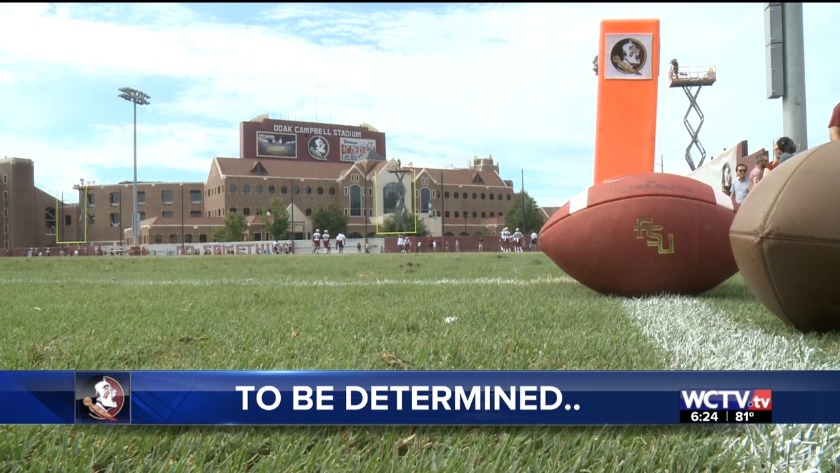 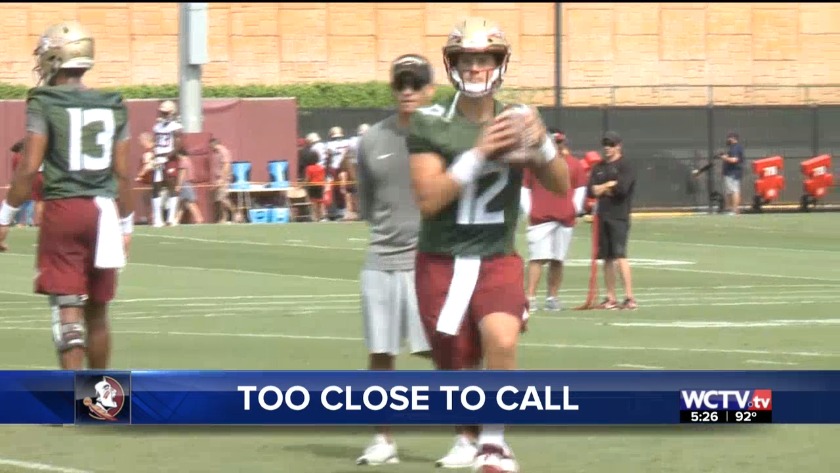 Taggart not yet ready to name official QB1

TALLAHASSEE, Fla. (WCTV) -- For nearly four weeks, Willie Taggart has been asked the same question; who's going to be Florida State's starting quarterback?

With the Seminoles wrapping up fall camp this weekend, that question has yet to be answered.

Most believe it'll be James Blackman, the only quarterback on the FSU roster with any in-game snaps in an FSU jersey, but on Thursday, Taggart still said it's a two man race between Blackman and grad-transfer Alex Hornibrook.

And while he said he's loved the competition over the last few weeks, the race between the two is still too close to call.

"We have three that's really competing and two is probably further ahead than one of the guys. It's one hell of a competition going on right now and I like where we're at," Taggart said.