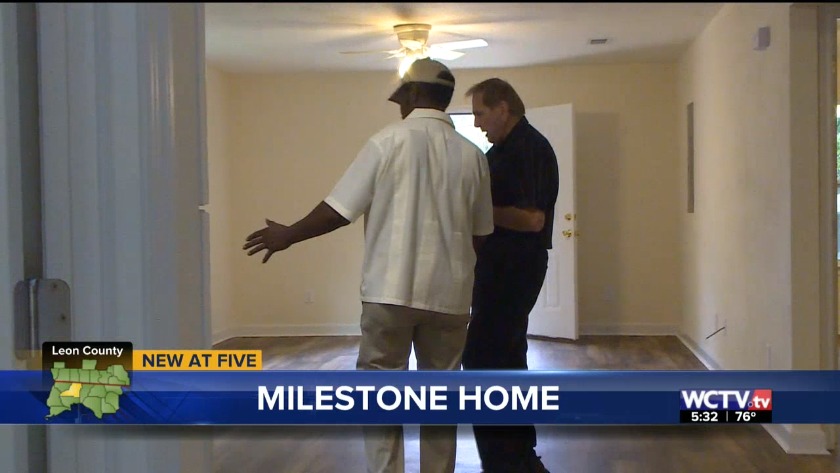 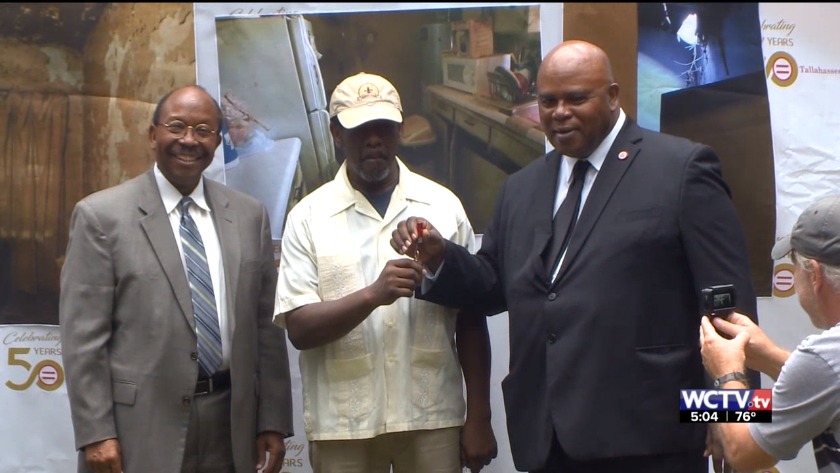 The organization has been doing the work for low-income families since 1979. A ribbon cutting for the home represented the Tallahassee Urban League's milestone.

The organization has been doing the work for low-income families since 1979. A ribbon cutting for the home represented the Tallahassee Urban League's milestone.

Contractors say the latest home was in such terrible shape that anyone who walked inside would want to walk back out. In fact, they ended up rebuilding a new home instead of simply rehabbing the old one.

Now, the homeowners are beyond proud to walk through the door.

Henry Murphy, Jr. and his wife got the keys to their new home Thursday.

"This is one of the biggest blessings you could ever have," he says.

Murphy says it feels nice to have something safe and beautiful to live in. He says before, it was tough living in a 1930s home with cabinets falling apart, termites eating walls and dealing with the aftermath of a tree crashing into the house during Hurricane Michael.

"Even with the holes in the roof and everything, we were just trying to patch it up and just still live here," Murphy said. "Until I got my grandkids and I needed something better. So, I had to go out and find some help."

Murphy's grandchildren were a big part of the Murphy's getting their new home. Tallahassee Urban League president Curtis Taylor says when he heard about the grandchildren living in a park with their mother, he had to do something.

The Tallahassee Urban League is able to help people through a partnership with the city and Pearson Construction, who officials say was the only contractor not afraid to take on a home in such poor condition.

The contractor says the roof caved in when workers tried to put shingles on. Now, the two-bedroom, one bathroom home is more spacious than before.