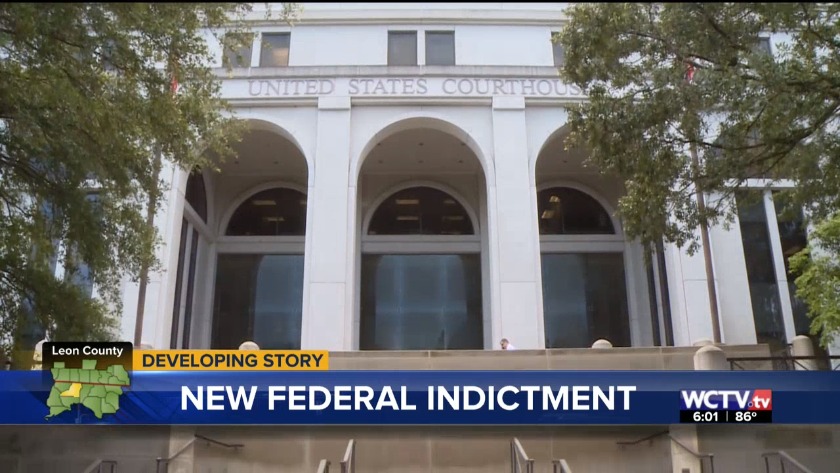 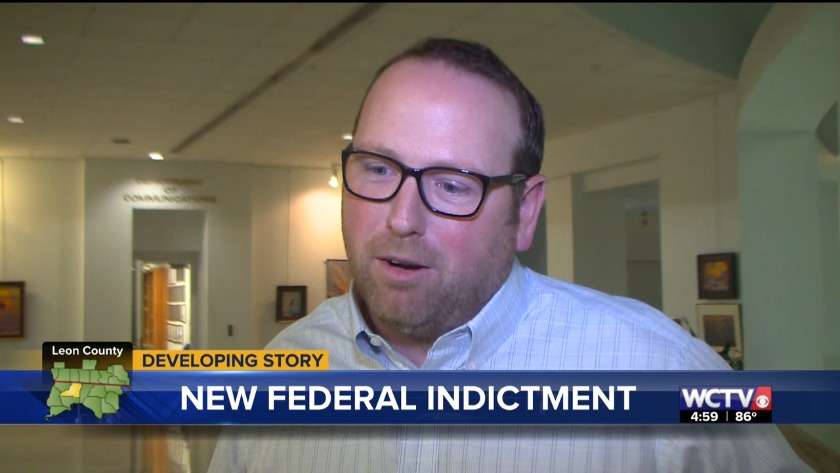 TALLAHASSEE, Fla. (WCTV) -- Tallahassee businessman J.T. Burnette has been indicted in an FBI probe into the City of Tallahassee.

The probe already led to the indictment of former city commissioner Scott Maddox and political consultant Paige Carter-Smith. The indictment alleges the two were demanding bribes be paid to Maddox's former consulting company in exchange for favorable votes at City Hall.

Burnette turned himself in Thursday morning at the federal courthouse. The indictment was handed down by a federal grand jury on Wednesday and unsealed Thursday.

The original documents indicting Scott Maddox allude to Burnette as "Person G," and describe him as a real estate developer and entrepreneur.

The superseding indictment alleges Burnette was associated with Maddox and Carter-Smith's criminal enterprise, including convincing individuals to make bribery payments for projects needing city approval. Burnette is charged with participating in the racketeering conspiracy and extortion, honest services mail fraud, the use of facilities in interstate commerce to facilitate bribery and making false statements to federal officers.

The charging documents say Burnette facilitated flow of communication and orchestrated payments between a company seeking development in Tallahassee and Maddox. That company was a front set up by the FBI as part of its undercover investigation, and is described as "Company F" in the indictments.

The indictment says Burnette agreed to assist the company in exchange for 20% of the deal.

The indictment quotes Burnette as telling undercover FBI agents posing as company representatives that they could not stop paying Maddox, because that would "p--- him off more and (he) will vote against" the company.

According to the document, Burnette also called Maddox "a vengeful (expletive)" and told them "Feed a dog for a year, stop feeding that dog, and it gets hungry, he may bite your (expletive) hand off."

J.T. Burnette surrendered to federal authorities and had a hearing at 3 p.m. Thursday. His attorney briefly spoke to reporters outside the courthouse.

When asked whether an earlier trial date signified a possible plea deal for Burnette, Jansen replied, "We are going to trial."

"I haven't heard the conversations in full and my client denies the allegations, obviously, and the nine counts he's charged with and he's not even included in the other 36 counts," Jansen continued.

Jansen also told reporters he did not learn of the indictment until Thursday morning, after which Burnette promptly surrendered.

Burnette sat in the courtroom during the hearing wearing a pink polo shirt and leg shackles.

Burnette, 42, is the developer behind several big-name projects in Tallahassee, including Hotel Duval, and the owner of multiple companies, including Inkbridge, Hunter and Harp, Sunnyland Solar and IB Tallahassee.

His companies have developed restaurants and bars in Midtown such as the Midtown Filling Station and Alchemy and The Front Porch.

Burnette is also listed on Florida State University's Jim Moran Institute of Global Entrepreneurship webpage as a "Resource Champion." His profile says his goal is to transform Tallahassee into a community that supports entrepreneurs.

Burnette plead not guilty to nine counts at his hearing on May 9th. His trial is set for June 17.

Maddox and Carter-Smith are set to head to trial on November 4.

To view a copy of the Burnette indictment, click here.

This is a developing story and will be updated.

Gov. DeSantis to sign executive order allowing recently retired law enforcement and healthcare personnel to return to work
Related Documents
Comments are posted from viewers like you and do not always reflect the views of this station. powered by Disqus