Funeral arrangements made for Godby student killed in crash 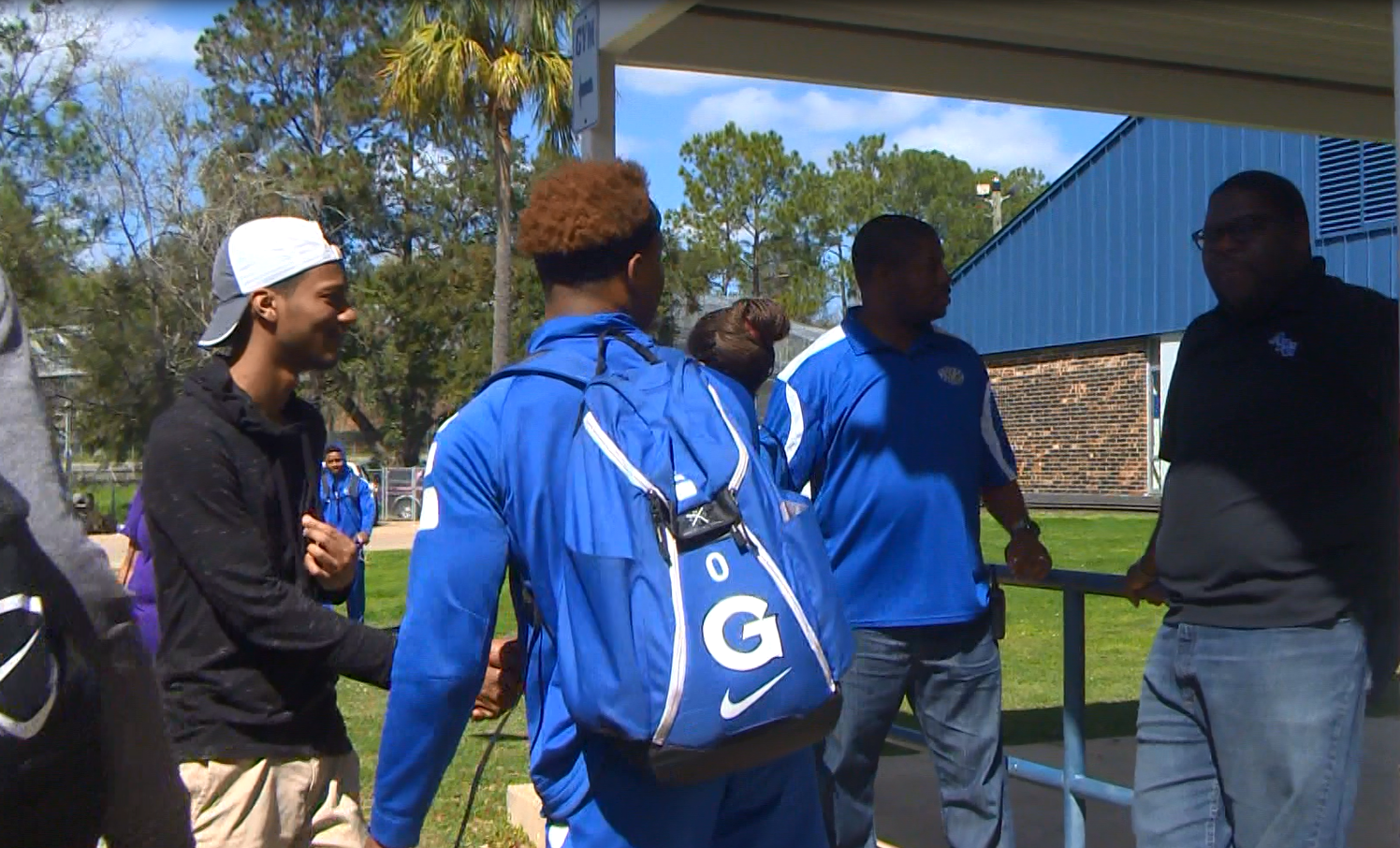 Sipling was killed in a rollover crash in Gadsden County on Friday morning.

Sipling's funeral will be held at 1 p.m. Saturday, March 4, at the Tabernacle Church of Christ Written in Heaven, located off of Blue Star Highway in Gretna.

Williams Funeral Home in Quincy is handling the arrangements.

Sipling was a sophomore at Godby and a member of the basketball team.

They headed to the regional final game tonight without one of their beloved teammates.

The Godby basketball team took the court tonight with Malcolm's number 42 jersey in hand and memories close to heart.

He's a player that coaches say cannot be replaced.

It's a moment every player looks forward to-- making it into postseason play.

But Friday morning, students and coaches received some heartbreaking news.

Head Coach Andrew Colville says, "It's hard because you love these kids and you never want that call. They're as close to your family, as your own almost, and to lose a child that young is just devastating."

Sipling was killed in a crash along I-10 early Friday morning.

Students say the news has impacted the entire school.

"Wow he's really gone, it brought tears to everybody's eyes, my whole class was crying,” says Godby student, Shikeria Peoples. “I just broke down. To know that somebody that's super close to the school is gone now, it hurts."

But on Friday night, Malcolm's teammates honored and remembered Sipling, and came together as a family.

JV Basketball Coach Dwayne Brown says, "Malcolm was our most spirited player on our team. He was that guy that kept everybody loose and ready to play. He played extremely hard and was one of the best young men I've ever been around."

Players and coaches say that Friday night’s matchup was more than just a game, but also a way to say goodbye.

Andrew Colville says, "He was gonna be a heck of a player. But he was an even better person, as everybody knows, and we'll miss him."

Coaches say he was the most energetic and supportive player on the team.

Although the Cougars' season is now over, coaches say Malcolm's spirit will live on within the team for years to come.

But, the encouraging words have more meaning behind them than just for a basketball game. That's because the group is also mourning the death of their teammate and friend, 16-year-old Malcolm Sipling.

Godby senior, Michael McCullough, says he was having a great morning and was ready to cheer on the team, until, "I heard that and I just got so sad," he said.

Word of Sipling's death quickly spread throughout the school.

Authorities say the front left tire separated on the car Sipling was in around 1:00 Friday morning. It caused the driver to lose control. Troopers say the car flipped and crashed on the shoulder of I-10 near mile marker 178 in Gadsden County.

"It just hurts me to my heart for him to be gone like that," said Tavaris Lawson, a 12th grade student at Godby.

Lawson says Sipling was always serious about his grades, and of course, basketball. "I used to go to his house sometimes on a daily basis. We would get out there, go on the basketball court. He'd do me in a couple of times here and there. It's just all about friendship"

As far as the basketball team, "We're going to do great," said one of the players as he got on the charter bus to head to the game in Jacksonville.

The front sign at Godby says, "Good Luck boys basketball." It's almost certain the team is now playing in honor of their fallen teammate.

"He was just that one friend that you could have. you'd never imagine that he would be gone on this day." Lawson said.

Four other people were injured in that crash, including a one year old.

Eboni Sipling, 21, Reginald Lockley, 29, and Crystal Sipling, 40, and the baby were taken to Tallahassee Memorial Hospital.

According to an FHP report, none of the vehicle's occupants were wearing seatbelts.

Malcolm was thrown from the vehicle.

TALLAHASSEE, Fla. (WCTV) -- Leon County Schools says that the teen killed in an early morning accident on I-10 in Gadsden County was a Godby High School student and member of the varsity basketball team.

16-year-old Malcolm Sipling was killed when he was thrown from a rolling SUV after it lost a tire near mile marker 178 on the interstate, according to the Florida Highway Patrol.

Sipling was a sophomore and a member of the Godby varsity basketball team, which leaves at noon today for a regional playoff game in Jacksonville, according to the district.

The team plans to play the game in honor of Sipling.

We are saddened with the tragic news of the passing of Godby sophomore Malcolm Sipling. Our thoughts are with his family, friends and the entire Godby community during this time.

Malcolm was a member of the Godby men's basketball team who heads to Jacksonville at noon for their regional playoff game.

The school says grief counselors will be available on campus today and throughout the next week to work with students.

Four other people, including an infant, were hospitalized in the accident.

TALLAHASSEE, Fla. (WCTV) -- A Tallahassee teen is dead and four other people have hospitalized in a crash on I-10 in Gadsden County early Friday morning.

The accident occurred just after 1 a.m.

According to the Florida Highway Patrol, five people were in a Ford Explorer eastbound on I-10 near Mile Marker 178 when the vehicle's tire came loose.

The SUV rolled over once and a 16-year-old passenger was thrown from the vehicle.

Eboni Sipling, 21, Reginald Lockley, 29, and Crystal Sipling, 40, and an infant were taken to Tallahassee Memorial Hospital.

According to an FHP report, none of the vehicle's occupants were wearing seatbelts.

No further details are available at this time.

Grady Co. residents concerned about intersection where four-year-old was killed in crash

75,000 gallons of sewage spills in Quincy

One person killed, another seriously hurt in Marion County crash

Grady Co. residents concerned about intersection where four-year-old was killed in crash

75,000 gallons of sewage spills in Quincy

One person killed, another seriously hurt in Marion County crash