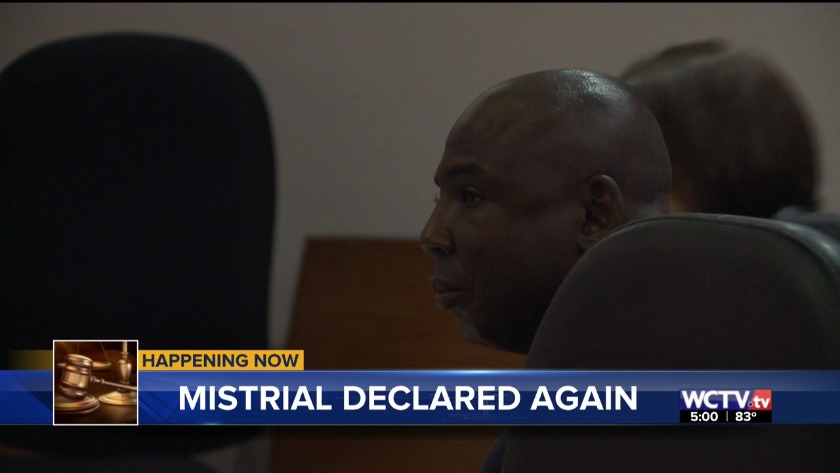 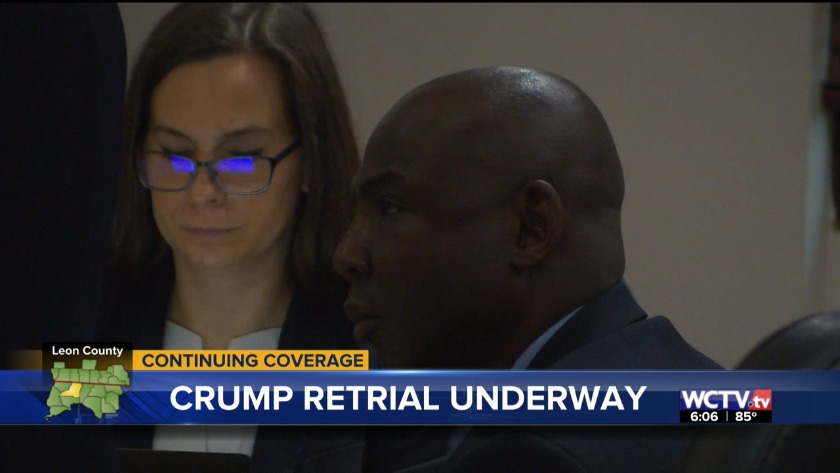 The judge made the decision after the jury announced that they were unable to reach a verdict after deliberating late into the night on Thursday.

Crump was arrested and fired from the Tallahassee Police Department after woman reported that he had sexually assaulted her during a traffic stop in February 2018.

The case previously went to trial previously in August, but a mistrial was declared.

Friday, the judge asked both the prosecutor and the defense to seriously consider alternative way to resolve the matter, saying he has considered calling for mediation.

"Mr. Crump is not guilty and his defense team will continue to challenge any further prosecution. Two independent juries had six questions between them about how to apply this ambiguous statute. This is more than ample insight into the unconstitutional nature of the law. Forcing a third jury to face the same vague statute is a waste of community resources."

A case management hearing has been scheduled for Monday, April 15.

TALLAHASSEE, Fla. (WCTV) – The jury in the sexual battery trial of former Tallahassee Police Officer Vincent Crump has not reached a verdict and will continue deliberations on Friday.

Both sides have rested. The fate of this case is now in the hands of the jury. @WCTV

TALLAHASSEE, Fla. (WCTV) – The state has rested its case in the trial of former Tallahassee Police Officer Vincent Crump.

Crump is accused of sexual battery on a woman who claims he coerced her to have sex with him after a traffic stop.

The state submitted cell phone records and surveillance video from the day of the alleged incident, as well as evidence that the woman's DNA was found on Crump.

Around noon Thursday, Judge Hankinson denied a motion for acquittal from the defense.

The defense will now present its case.

We will continue to follow the latest developments from the trial.

TALLAHASSEE, Fla. (WCTV) – A retrial is underway for former Tallahassee Police Officer Vincent Crump, who is accused of sexual battery after a victim says he coerced her to have sex with him during a traffic stop.

The victim was pulled over off Thomasville Road for not having her headlights on and says that what happened next was a nightmare.

The victim took the stand on Wednesday to tell her story. Crump said that during their entire interaction, she was free to go, but the victim claimed she did not have a choice.

On February 24, 2018, the victim was leaving an oyster bar in Tallahassee to head to a friends party. While on her way to a Walmart, she was pulled over by Officer Crump.

The victim recalled what Officer Crump told her, "He said what are we going to do about this, talking about how much trouble I could get in."

That trouble stemmed from the victim not having an ID on her and using a car that was not hers. The car belonged to a friend of a friend and reeked of marijuana.

Because the victim did not have any identification on her, she showed Crump her debit card, while also exchanging information about social security, addresses, and place of work.

The victim said she felt fearful, saying, "I just wanted to be on his good side, I didn't want him to, I don’t know, get upset with me or something. I was scared."

That fear is what the victim states made her "fake" a positive disposition to Mr. Crump.

Defense attorney Nellie King claims that the victim did it all willingly.

King read the victim's statements to law enforcement, "He didn't make me do it. He never forced me to do anything. He was never forceful with me. He said I didn't even have to. I was just nervous, so I said I wanted to."

Prosecutors say the sex was not consensual.

“He coerced her into having sex with him,” prosecutor Sarah Dugan said, “and he did that by holding over her head, the fact that she could get in trouble, and offering to make a deal with her."

After being pulled over, Crump asked the victim to lower her pants. After she did so, she claims Crump told her she could leave if she wanted, but asked if she could follow him.

The pair met at Dorothy Oven Park where they engaged in multiple sexual acts.

King mentioned, "What happened next was immoral but not illegal."

The duo, after meeting at the first location, went to a second location, and continued having sex.

King further clarified, "They both were acting irresponsibly and impulsively,"

The victim says that she was never attracted to Mr. Crump,

She regrets not having acted sooner, saying, "I do. I do regret it. Because I have to come here and say this again in front of a bunch of people...I wish none of this ever happened."

The testimony in this case is expected to continue Thursday.