TALLAHASSEE, Fla. (WCTV) -- Roughly 200 community leaders met on Thursday to shine a light on the issues affecting the city's youngest of residents.

"Whatever in society you're concerned about, it truly comes back to children," said Matt Guse,with the Early Learning Coalition

The Mayor's Office held the fourth annual Community Summit on Children. Mayor Andrew Gillum said putting children on the right path takes more than just looking at the child itself.

According to Dr. Heather Flynn, with FSU College of Medicine, a mother's mental health can be a big indicator of a child's well being.

"Depression and anxiety during pregnancy leads to some birth complications," she said.

The two disorders are among the most debilitating diseases. Yet, Flynn said 75 percent of women go untreated leading to things like birth defects or low birth weight.

"Those affect the medical, developmental, social development of the child, throughout their life span," said Flynn.

Aside from family life, the neighborhood and socioeconomic status a child grows up in also have major affects on their success in life.

"Your background and zip code should not be an indication of what you achieve in life," said Alexandra Wiggins, with Purpose Built Communities.

She said that children who grow up in low income areas often suffer from what's called the "30 million word gap," meaning they learn 30 million less words by age four than children in more affluent areas.

"As you're in school, you're constantly playing catch up. And trying to equal the playing field. So it becomes much more difficult for you to achieve," said Wiggins.

Local advocates hope that the summit helped raise awareness about these issues, as well as others like childhood homelessness, childhood trauma and child sex trafficking. They also hope the continued discussion can lead to solutions

"This is about us as a community, and how we set our community up for success," said Gillum.

To watch speeches from the Summit, click the video player below:

The Mayor's Office is hosting its Fourth Annual Community Summit on Children. Watch live here or at http://www.wctv.tv/livestream2.

To view photos from the Summit, click the arrows on the album below: 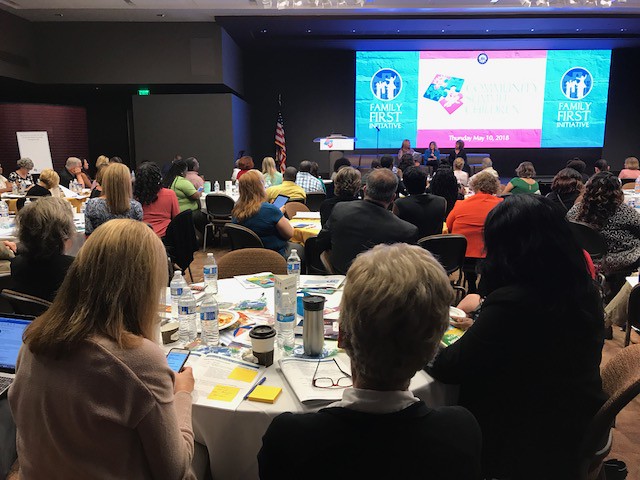 ‘So much life ahead of them’: Leon County Schools works to curb aggressive student behavior

Almost 10% of Leon County Schools’ workforce out with COVID

Almost 10% of Leon County Schools workforce out with COVID-19