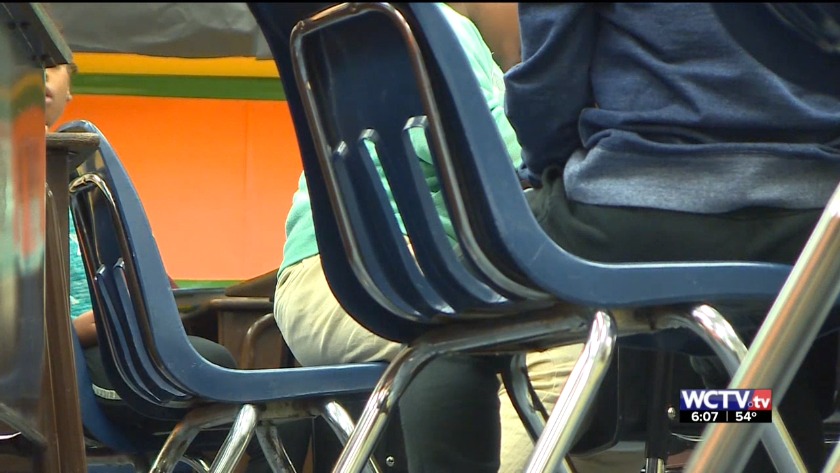 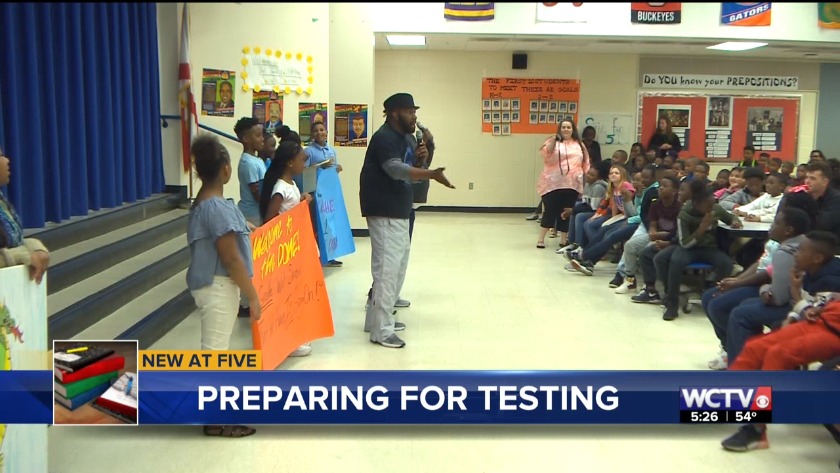 One third grader described to Hanna earlier on Monday that the Florida Standard Assessment, which starts this week, is the "test of her lifetime."

Third graders have to score a level two or higher to advance to the next grade.

"It's really important to pass it because I want to go onto the fourth grade," said Jacob Thompson.

This year, third through sixth graders are switching back to using paper and pencils for standardized tests. Hanna says the district spent millions of dollars buying computers when it was mandated for online testing.

"I can't answer for the folks up at the Capitol," Hanna said. "Whatever rules they come up with each year, then those are the rules we'll play by. But, at some point in time, I think we need to sit still and figure out what's going on instead of every single year adjusting things on the fly and us having to react to it."

Hanna says the burden of the test is often too heavy for students. That's why he's been visiting each school, hoping to help.

"Just do your best," he told students at Astoria Park at a rally held in hopes of motivating students.

"The one thing we told them is we can succeed," said Riley Assistant Principal Benny L. Bolden, Jr. "They can pass this assessment. It's non-negotiable on me being successful."

Students will test in reading and math while fifth graders will also be tested in science. Students in third through 10th grade take the FSA.

Testing for third through fifth graders begin on Tuesday. Testing dates are staggered between all grades and run until the middle of May.

Thousands to rally at Florida Capitol for teacher pay

Valdosta State paves the way for women in computer science

Thousands to rally at Florida Capitol for teacher pay

Valdosta State paves the way for women in computer science