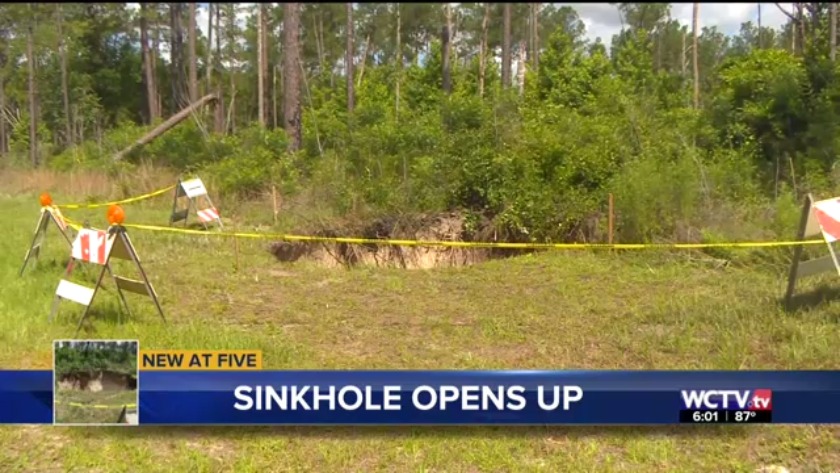 Sinkhole opens up overnight in Crawfordville 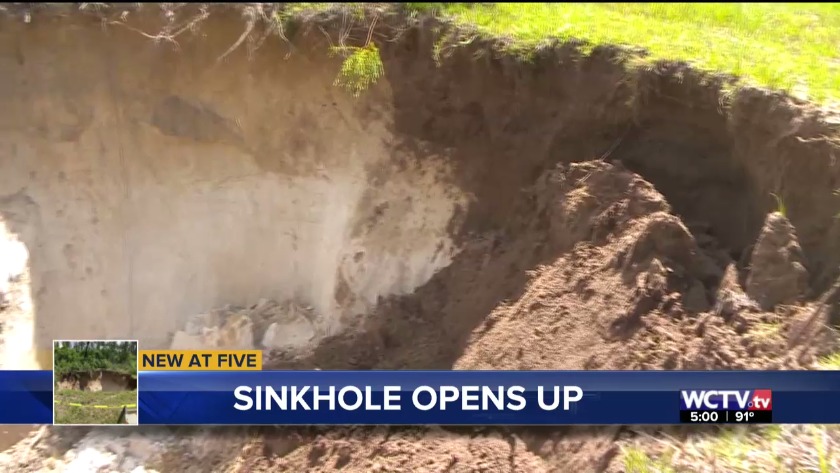 Sinkhole opens up overnight in Crawfordville

CRAWFORDVILLE, Fla. (WCTV) -- The sinkhole in Crawfordville has now been filled.

Public Works officials say they examined the sinkhole Saturday morning and determined it had stabilized.

Because they believed it wouldn't get any larger, officials say they made the decision to go ahead and fill the sinkhole in.

Officials say they filled it with rocks and fill dirt.

It formed sometime overnight. County officials say it was reported to them around 7:30 a.m. Friday morning.

It's about 25 feed off the edge of New Light Church Road in Crawfordville, near Log Cabin Road.

An inspector with a contracted engineering company says the sinkhole is 25 to 30 feet across, and about the same in depth.

"I was just driving by and was like, whoa, did y'all see that?" said nearby resident Andrea White.

White pulled over to look. She was intrigued, yet alarmed.

She says there's a five-foot sinkhole on the road where she lives, and she's had two small ones open in her yard in the past.

"I was watching the news a while back and the people were sleeping and the house just fell in. Yeah, that's not a very comforting thought. I have that fear," she said.

Nearby resident Mary Ann Laird saw it first in a picture.

She said, "'Whoa.' That's what my daughter said when I sent them to her, too. It's amazing. It's a lot more than what the pictures show."

Laird had to go see the sinkhole for herself.

"I think it's kind of big and I hope nothing else goes wrong around here," she said.

Friday, inspectors were going around the sinkhole marking measurements to track if it grows.

"If it starts to migrate across the road, obviously we're going to have to close the road down. But, I don't think we're in that situation," said Cleve Fleming with the Wakulla County Public Works Department.

Officials say it's hard to tell if the sinkhole will continue to grow or not.

They're running tests to determine whether to repair it by filling it with soil or concrete.

"That's not a sinkhole, that's a crater. That's huge," said White's two sons as they were checking out the sinkhole.

County officials say they will continue to monitor the entire area. They say they hope to start repairs next week.

CRAWFORDVILLE, Fla. (WCTV) -- Crews are investigating after a sinkhole opened up overnight in Crawfordville.

Workers with Wakulla County Public Works received a call about it and responded to the scene on New Light Church Road near Log Cabin Road around 7:30 a.m. Friday.

Crews tell us the sinkhole, which is about 25 feet wide and 25 feet deep, appears to have grown since workers first arrived.

Inspectors and a contractor also responded to the scene to mark measurements on the hole and to monitor any possible growth.

The hole is approximately 25 feet from the roadway, which still remains open at this time.

Crews are now working to determine a possible fix for the sinkhole. County officials say they hope to start working on it Monday.

In the meantime, officials are cautioning people not to get too close.

At a candle-lit vigil, family and friends reflect on 21-year-old stabbed and killed

At a candle-lit vigil, family and friends reflect on 21-year-old stabbed and killed