CHARLOTTE, N.C. (247SPORTS) -- The ACC Network will soon be a reality. It launches on August 22 at 7 p.m. On Tuesday, during ACC Kickoff, Atlantic Coast Conference Commissioner John Swofford spoke with collected media about the upcoming platform for the conference.

"The most significant opportunity that is upon us is the launch of the ACC Network on August 22," Swofford said.

He added that the on-air date of August 22 is the next stop in what has been a lengthy journey to launch the network, with significant milestones from around the league over the past 15 years or so. He included the expansion of the league, and geographical footprint, being a big piece of the puzzle in building a package appealing enough to come to the table with ESPN.

An improved football product as a league, has also helped. Being the best basketball league in the nation is another foot to stand on.

Swofford said that the launch will give the ACC the largest population and most television sets of any such network, expanding the league's national footprint.

He commended the league's schools for getting on-board with a grant-of-rights deals by each of the 15 schools in the league.

"Those events have put us in position to partner with ESPN for a Network," Swofford added.

The multi-year journey from deciding to create a network to launching it has taken time and patience, but Swofford states that is all about getting it right.

He added that the league will be showcased with increased exposure from all sports, athletes and programs.

Financials were not specific from Swofford, outside of him stating that 'of course increased revenue that will be distributed back to each school.'

With regards to distribution, which will directly impact the money that the network generates, Swofford stated that 'a lot of those deals happen at the midnight hour'. He added that he believes fanbases will be outspoken if the product is unavailable to them.

He added that they have always had a three-year plan with regards to distribution, so he doesn't expect providers to be close to where it will ultimately be when it launches on August 22.

Joining Swofford in speaking about the network was ESPN Senior VP of College Networks, Rosalyn Durant, as well as numerous others involved with programming and production. They also spoke on numerous shows coming to the network, the personalities that will help carry those shows, as well as their live game coverage, and more.

The Bowden Dynasty coming to the ACC Network

It was announced on Wednesday that The Bowden Dynasty will be featured on the ACC Network. It is one of the many original programs coming to the network.

The Bowden Dynasty is a feature-length documentary film that explores the life and times of Bobby Bowden, the legendary coach with a team of loyal assistants and players who fought against all odds and countless obstacles to collect two national championships and an unprecedented 14 straight top 5 finishes at Florida State. The Bowden Dynasty extends beyond football, to explore universal themes of family and redemption. For all the accolades bestowed upon head coach Bobby Bowden and his teams for their on-field achievements, this film shares stories of the coach and his enormous impact on those around him.

They also announced ACC Network signature studio shows, including All-ACC and The Huddle.

All-ACC will be hosted by Kelsey Riggs, Jordan Cornette, Dalen Cuff, and featuring a rotating cast of analysts, All-ACC will provide news and information coverage of the ACC’s 27 sponsored sports. All-ACC will debut on Thursday, Aug. 22 at 7 p.m., as the first program on the new network, and air regularly on Monday, Tuesday, Thursday and Saturday nights in the fall on ACCN. The premier episode will preview upcoming programming, and introduce on-air personalities and feature guest interviews from current and former ACC coaches and student-athletes, as well as notable alumni.

The Huddle, ACCN’s signature football show, will air on Friday evenings and Saturday mornings throughout the fall. Host Jac Collinsworth and analysts Eric Mac Lain, EJ Manuel and Mark Richt will preview the weekend’s slate of football games while keeping fans up to date on all things ACC. The Huddle will premiere on Friday, Aug. 23.

Other programs unveiled include:

ACC Traditions, a series of 15, 30-minute programs produced in partnership with Raycom Sports, focuses on the unique and rich traditions across the league’s 15 campuses, while showcasing a mix of fun, archival and new footage and interviews. Highlighting the 2019-20 slate are Boston College’s Red Bandana Game, Clemson’s Howard’s Rock, Krzyzewskiville and the Cameron Crazies at Duke, Florida State’s Renegade and Chief Osceola, Georgia Tech’s Ramblin’ Wreck, and “Skipper” the cannon at Virginia Tech. Additional programs will debut on ACCN during the 2020-21 season.

Greatest Ever: The 2018 Clemson Tigers is about the 2018 Clemson football team, which became the first in major college football history to amass a 15-0 record following decisive victories over Notre Dame (30-3) and Alabama (44-16) in the College Football Playoff, giving the Tigers their second national title in three seasons. The 30-minute special, Greatest Ever: The 2018 Clemson Tigers, follows Clemson’s journey through the College Football Playoff Semifinal and Championship games with never before seen footage and interviews with the Clemson coaching staff.

All Access: Louisville Football is an exclusive behind-the-scenes look into first-year head coach Scott Satterfield’s Louisville football team, he and his staff go beyond the X’s and O’s to create a winning culture and family atmosphere to revive the proud football program. The one-hour show will feature the charismatic personalities of Satterfield’s staff as it looks to inject a renewed energy into the players and community, while the Cardinals prepare for their season-opening game against Notre Dame and a challenging ACC schedule.

ESPN revealed the creative elements and animation package for ACC Network (ACCN), the new, 24/7 national platform launching on August 22, 2019, at ACC Kickoff in Charlotte, N.C. The scope and range of this new network package is the largest endeavor ESPN’s Creative Services Team has tackled to date.

“I have never seen an animation package that is so interesting, complicated, risky and exciting,” said Amy Rosenfeld, ESPN senior coordinating producer and production lead for ACCN. “The ACCN animations are emblematic of the conference itself, with an emphasis on the intelligent complexity of engineering coupled with the vibrancy of diversity. We are very proud to represent the ACC and ACCN with this unique and innovative branding.” 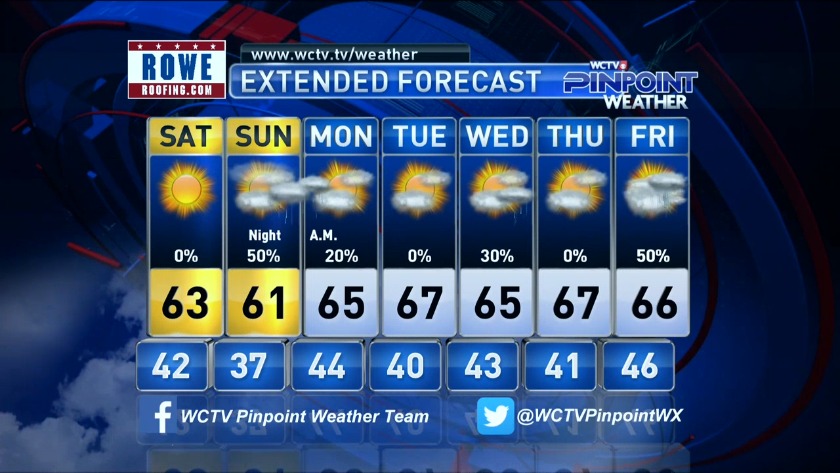