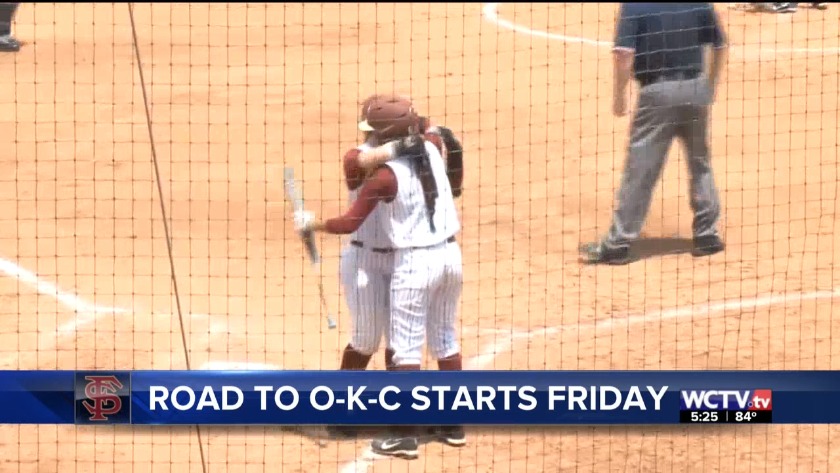 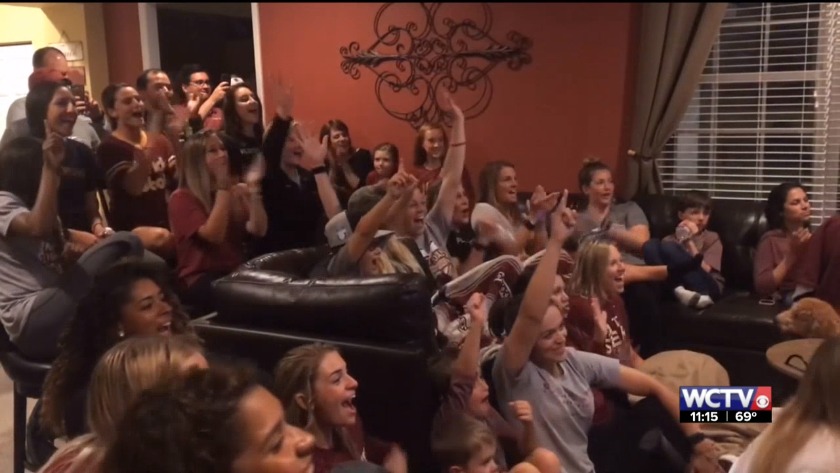 TALLAHASSEE, Fla. (WCTV) -- The Florida State Seminoles will be in prime position to defend their softball national championship in the 2019 NCAA Tournament.

On Sunday, the field of 64 was unveiled to reveal the Noles had earned the number four national seed, giving them home field advantage until the Women’s College World Series in Oklahoma City.

FSU’s first opponent will be the MEAC champion Bethune-Cookman Wildcats, who defeated the Florida A&M Rattlers in the MEAC finals. First pitch is set for 2:30 PM on Friday with TV coverage on ESPNU.

The winner of that contest will face the winner between South Carolina and South Florida.

The Tallahassee Regional champion will square off against the winner of the Stillwater Regional in the Super Regional round, with the latter regional being hosted by Oklahoma State, and includes BYU, Tulsa and Arkansas.

On Sunday, the softball team celebrated at the home of head coach Lonni Alameda. After the draw was announced, pitcher Meghan King said the Seminoles are going to need more of the home crowd juice again come Friday.

"We're so excited, especially getting the four seed. I mean, we're just so psyched to be at home in front of our home crowd," King said. "I mean, they definitely came out this ACC series for us, championship for us. We're just excited to see what they've got in them."