Ask nearly anyone who follows college football who will win the ACC this year, and it appears to be a one-team league.

But push beyond that one team — which has an intriguing over-under win total for another reason — and things really start to get interesting. Is the second-best team in the conference a Miami team with a first-year head coach? A Virginia team that can probably no longer be called a sleeper because, well, everybody keeps listing it as the league's sleeper team? Virginia's in-state rival Virginia Tech, which saw plenty of attrition and yet seems to have some answers as well? What about Dino Babers' Syracuse squad that won 10 games last year, or a Florida State team that has talent but hasn't seen it all come together yet?

There isn't a 100 percent right answer, at least not yet, which is why four of those teams have projected win totals within 1.5 games of each other, per recently released odds by Westgate LV Superbook, with a fifth just a half-game back. And that could make for some terrific games once conference play starts, particularly in the more wide-open Coastal Division.

And don't sleep on the battle to go bowling either; a whopping five ACC teams are projected between 5.5 and six wins this season.

Florida State: 7.5
Typically, when one talks about maximizing strong skill position talent, the conversation turns to the quarterback and how well they can distribute the ball to said weapons. But in Florida State's case, that discussion starts, and ends, with the offensive line. Perhaps no school that recruits the way that Florida State does has struggled as much on the line as the Seminoles in the Willie Taggart era. And that's what's on the line here with the Seminoles set to an over/under of 7.5 wins. The 'Noles have the skill talent offensively of a 10-win team and a new offensive coordinator in Kendal Briles who has shown the ability to maximize those kinds of athletes. But can Florida State block people up front?

Odds for the rest of the ACC can be found below.

Louisville: 3.5
The wheels fell off for the Cardinals last year; after a 2-1 start, Louisville lost its final nine games and replaced coach Bobby Petrino along the way. New coach Scott Satterfield will have to rebuild the program from the ground up; while the Cardinals still have some athletes — perhaps most notably, Hassan Hall and Dez Fitzpatrick — program-wide, the depth has dropped off significantly.

Georgia Tech: 3.5
The other ACC team projected to win fewer than 5.5 games, Georgia Tech probably faces a tough transition under new coach Geoff Collins as he attempts to reboot the Yellow Jackets from their option system under Paul Johnson. Collins has a strong defensive pedigree, and that side figures to hold the water while the offense undergoes change. Facing Georgia in non-conference play doesn’t help, and the Yellow Jackets also get Collins’ former team in Temple, on the road in Philadelphia.

Duke: 5.5
David Cutcliffe’s 2018 team fared significantly better out of conference than it did within, going 5-0 outside ACC play and 3-5 in the league. But this year’s outside slate brings an opener against Alabama, a home game against Notre Dame and another game against a tricky Middle Tennessee State squad. Should Duke go 2-2 in non-conference play, it could be tough to find four league wins to top the 5.5-win mark.

North Carolina: 5.5
Duke’s Tobacco Road rival is in a similar spot, at least according to Westgate’s oddsmakers. North Carolina has a new coach, and possibly a brand new quarterback, should freshman Sam Howell — the No. 3 dual-threat quarterback in the 247Sports Composite and the jewel of Mack Brown’s first class — win the job. Will that, and renewed optimism help the Tar Heels improve four games from last year’s two-win season?

Boston College: 6
The Eagles bring back a one-man game controller in running back AJ Dillon. At 6-foot and 245 pounds, Dillon has rushed for 2,697 yards in his first two seasons, averaging nearly 23 carries per game. That’s one heck of a safety net and a way to slow a game down. And it means that Steve Addazio’s squad — one that should have a nice front seven on defense with Tanner Karafa, Isaiah McDuffie and Max Richardson — seems a fairly safe bet to reach six wins.

Pittsburgh: 6
How will quarterback Kenny Pickett fare with the Panthers having to replace a stellar running game that produced two 1,000-yard rushers? And will he have time to throw with an offensive line that is restarting after losing four starters? Michigan graduate transfer Nolan Ulizio will help. And Pittsburgh’s defense played well at the end of last year; even with the personnel changes, Pat Narduzzi’s teams are likely to be grounded in defense and the ground game.

Wake Forest: 6
People may be sleeping on Dave Clawson’s Demon Deacons. Clawson thrives at squeezing every last bit of juice out of his teams, and this year’s squad returns two starting quarterbacks from last year, running back Cade Carney and some talented defenders like linebacker Justin Strnad and defensive end Carlos Basham Jr. Win a few close games, and Wake Forest could even top this mark by a couple games.

NC State: 7
It could be tough to pick NC State on either side of this mark, as the Wolfpack will be projected to win right around seven games. Last year’s team won nine for the second time under coach Dave Doeren, but now the Pack must replace some serious offensive production, including a new starter at quarterback. It would help if the defense would improve significantly from last year’s group, which ranked 54th nationally in defensive S&P+. Having James Smith-Williams and Alim McNeill up front helps, while Jarius Morehead should be among the ACC’s best defensive backs. Can Doeren get this team to reach higher than seven wins?

Syracuse: 8
After Syracuse's 10-3 season last year, Dino Babers has now put up double-digit win seasons at three different stops: Eastern Illinois (FCS), Bowling Green and now Syracuse. But in each other case, he used that 10-plus-win season to catapult to a new job, with this marking the first time he stayed at his school after such a successful season. Can Babers maintain that momentum? Maryland is probably the toughest out-of-conference game, and Syracuse has what most teams want: A young player at quarterback that the program feels strongly about in Tommy DeVito. He looked to take a step forward in the Spring Game, and if he can help make the most out of Sean Riley and the rest of the offense, Syracuse could surprise yet again.

Virginia: 8
In today's college football, a star dual-threat quarterback is worth his weight in gold. And Bryce Perkins is certainly that after completing close to 65 percent of his passes, throwing for 2,680 yards and rushing for 923 more while scoring 34 combined touchdowns. What can he do as an encore? Bronco Mendenhall was known for churning out more-physical-than-you type teams at BYU, and he could have the defense to pair with his quarterback superstar, courtesy of one of the ACC's best secondaries. Bryce Hall and Joey Blount are both among the league's best defensive backs, while defensive lineman Eli Hanback, Charles Snowden and Jordan Mack should make sure that the rest of the defense doesn't lag behind.

Virginia Tech: 8
Virginia Tech is a team that, to hear most prognosticators tell it, bettors want to say way, way the heck away from. Ryan Willis is a solid quarterback with what could be a great receiving corps. And despite the Hokies getting hit hard by transfers, now-ESPN writer Bill Connelly wrote that the Hokies were 11th nationally in returning production, even after most of that attrition was factored in. And that makes Virginia Tech a team that could fall short (because look at the guys who left!) or exceed expectations with the freshmen and sophomores who took their lumps last year stepping into a bigger role. Eight wins seems like a pretty solid middle ground, but there's a wide variance here.

Miami: 9.5
First-year head coach Manny Diaz inherits a team that Westgate picked as the favorite to win the ACC Coastal. And yet, it's tough to predict anything with a coach who hasn't been a head coach before. Diaz is smart as a whip, and his defenses have been terrific at times, including last year's group that ranked No. 2 nationally in total defense. That side of the ball, with Jonathan Garvin, Michael Pinckney, Shaquille Quarterman and Trajan Brandy, looks loaded yet again. The offense has talent as well, including arguably the ACC's best tight end in Brevin Jordan, running back DeeJay Dallas and wide receiver K.J. Osborn. Can ballyhooed transfer Tate Martell get them the ball?

Clemson: 11.5
Only one question here: Do you feel comfortable picking Clemson to run the regular season table? That's it. The 11.5-win line makes that a straight up yes or no. A pick over means a perfect 12-0 season. A pick under means a stumble somewhere along the line. Remember that last year's team went a flawless 12-0 before rolling off three more wins in the postseason. Even so, the Tigers flirted with disaster. There was the two-point win at Texas A&M and the four-point victory over Syracuse. Sure, once Clemson got things rolling, the Tigers weren't ever really challenged again, but that's just to point out how difficult it can be to bring an A+ performance every single week. 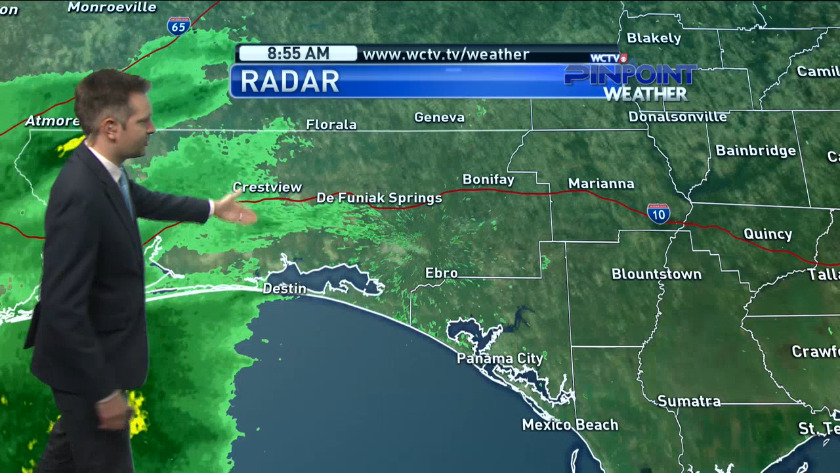