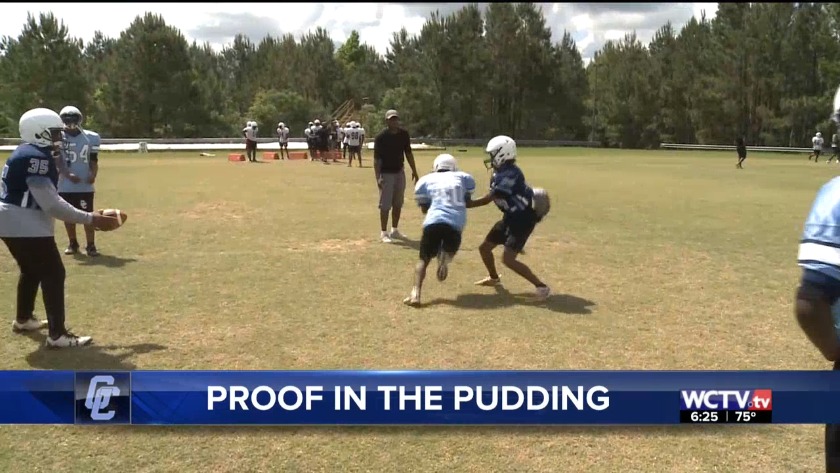 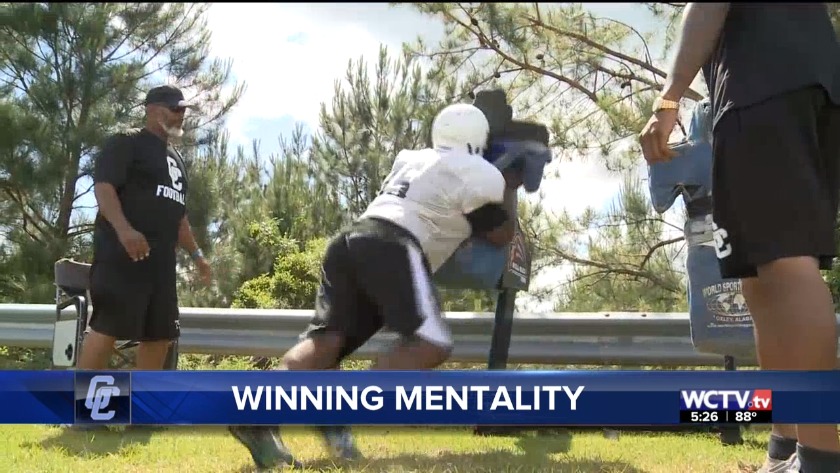 GADSDEN COUNTY, Fla. (WCTV) -- There's a new sheriff in town for the Gadsden County football team and his name is Corey Fuller.

He's trying to bring the Jaguars back to prominence, and he certainly has a tall task ahead of him; Gadsden County didn't win a single game in 2018.

That work begins now with spring practice and a new attitude Fuller has brought to the two-toned blue. It's a culture of discipline, hard work and a winning mentality.

All of which Fuller brought to his previous stop at Godby. The proof was in the pudding with the Cougars; he went 22-3 in two years.

Guiding turnarounds isn't new territory for Fuller. In fact, he's done it twice before. Prior to orchestrating his turnaround with the Cougars, he had a bevy of success with the Jaguars, guiding them to a state semifinal in 2011.

But, it's a new team and a new rebuild that Fuller says will take time and effort to show the Jags how to win.

"When they've been losing for so long, trying to get them to understand that you deserve to win, but it takes a lot of preparation, a lot of hard work to win at anything you do in life, but mostly in football, you definitely have to change your mindset from a group of losers," Fuller said.

Fuller is confident, though, saying he expects the same results, and fast.

"I guess it'll be a shock to other people, it won't be a shock to me," he said. "The first two years on the job when I was the head coach at Gadsden County, the second year I went to the Final Four, to the game to go to state, as opposed to the same two years at Godby."

"I know the talent is here, I know the grit is here, now we can put it all together and make it work and turn this around overnight. I feel we can," he added.