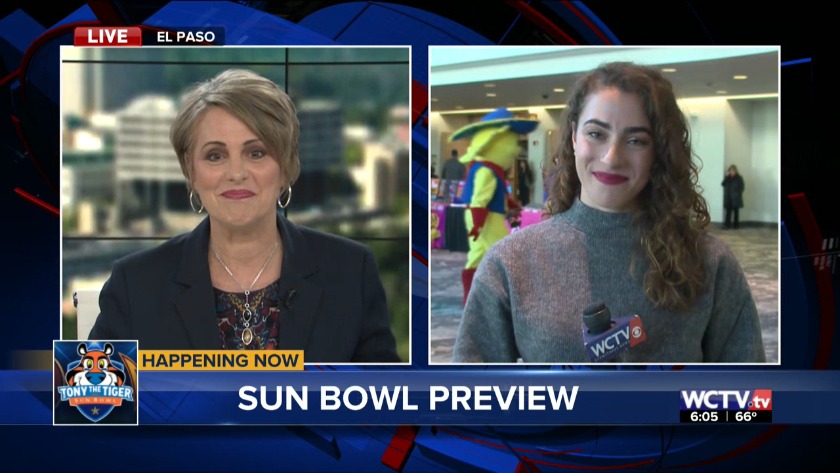 Economic impact on El Paso during the Sun Bowl 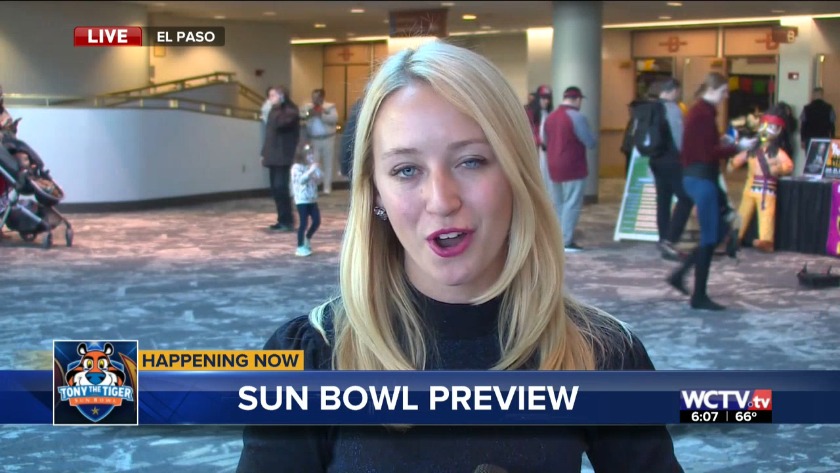 EL PASO, Texas (WCTV) — Similar to how the Florida State Seminoles and Arizona State Sun Devils practiced before they battle it out on the gridiron, the El Paso community underwent thorough preparations for the Sun Bowl.

The Fan Fiesta, which was hosted at the El Paso Convention Center, was bustling with excitement as the 86th Tony the Tiger Sun Bowl approached. The first Sun Bowl was played all the way back in 1935, making it one of the oldest bowl games in college football history.

Many volunteers in the El Paso community have lent a hand for multiple iterations of the game. Kimberly Stephenson says it's her 11th year volunteering at the Sun Bowl.

She says her family first got involved when her kids were logging community service hours as middle school students.

It soon became a full-on family affair. The bowl game activity isn't limited to this week: There's a parade in the city at Thanksgiving.

The Stephensons even sometimes find themselves volunteering on Christmas day.

"We're giving back to the community you know, because the Sun
Bowl Association is a non-profit organization, and it's sports related and it's just fun! It's just fun," Stephenson says."It's a lot of work, but like i said we've been doing it for so many years and it's so standard that we do it like it's... yesterday's lunch!"

"We typically do things off and on for a good two weeks at least,
prior to painting the field, getting the trailers set up, AT&T has to set up the phone lines, CBS sets up their cameras and stuff," Stephenson says.

During the game, Stephenson works in the Captain's Club with VIPs and sponsors of the bowl. She says preps this year are pretty standard.

Stephenson and her husband celebrated their 24-year anniversary Sunday while volunteering. Their youngest daughter is a handler for the Tony the Tiger mascot, and their son and his wife also help out.

Volunteers are not allowed to cheer for a team in particular, so Stephenson says she wants to see a close, high-scoring game.

Overall, it took three weeks of prep to get the city ready for the bowl game. It takes hundreds of volunteers to set the stage for one of El Paso's biggest events.

Joe Daubach is the special events director for the city. He has spearheaded Sun Bowl preparations since 2002. He says although its a very challenging job, it's all worth it to him when fans walk through those stadium gates.

According to him, the tradition of the Sun Bowl boosts the city's economic vitality, considering how many fans from out of town visit the community.

"You know, the restaurants are full, the hotels are full," Daubach says. "We have not done an impact in a while but I think the last time we did it, it was something like $23 million to the city. Which is huge but the thing is, its a chance to showcase El Paso."

The stadium itself is literally nestled in between mountains. Daubach says that makes it difficult for navigating large buses and trucks in the small parking lots and venue.

However, the joy of seeing fans from out of town marvel at their stadium and city makes every ounce of effort worth it to Daubach.

"How they see the hospitality that the community embraces them with and when they leave the stadium they just walk up to volunteers and thank them for everything they do it is really neat to see that," Daubach says.

Daubach and other volunteers say Sunday and Monday have been the most hectic days, considering they've received shipments, vendors were setting up and media arrived for press conferences.

The support network of hundreds of volunteers that help year in and year out make it a smooth process, according to Daubach .

The field must be set and ready to go by 9:30 a.m., since that's when the stadium's doors open.