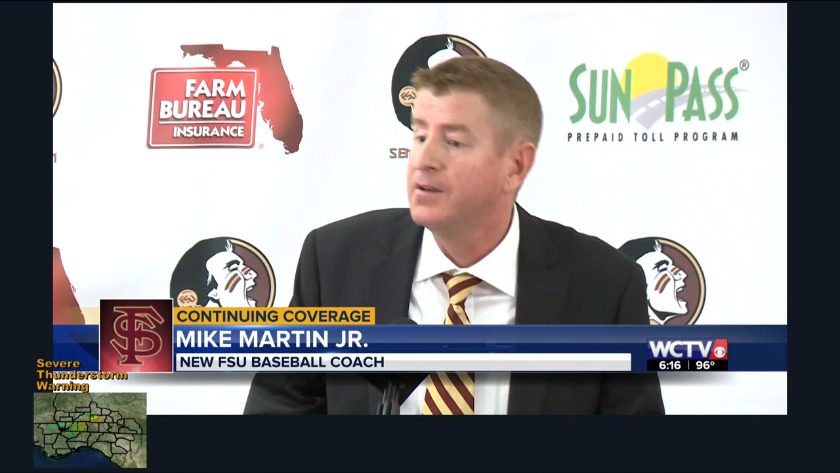 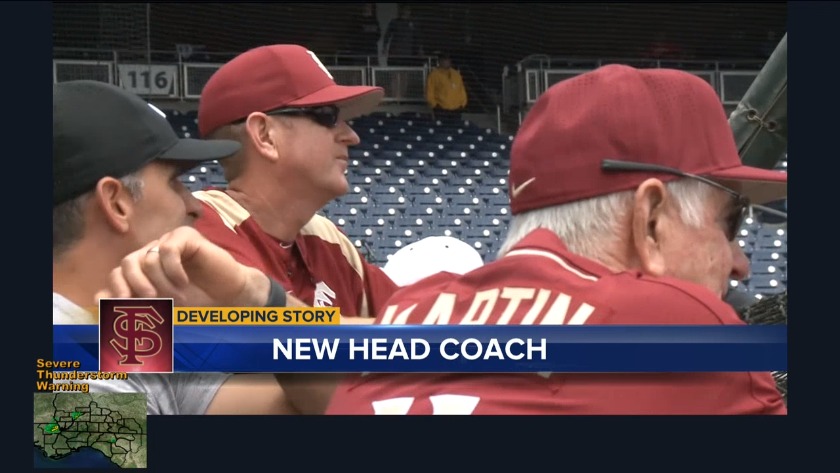 TALLAHASSEE, Fla. (WCTV) -- The changing of the guard became official on Monday for Florida State baseball, as Mike Martin Jr. was officially introduced as the new head coach for the Seminoles.

Martin Jr. made one thing very clear when he took the podium; he said, "I am Mike Martin Jr., not Mike Martin Sr. I will never match who my father was, but I promise the culture of this team will stay the same and we will be successful."

He went on to say that, while the culture will stay the same, there are things he wants to change within the program: He wants to recruit faster and earlier in the season, he's moving the team from the first base dugout to the third base line and he's taking names off the back of the player's jerseys, saying if they want their name to be remembered, they'll need to play like it.

Meat, as they call him, is no stranger to success. An assistant at FSU for 22 years, a hitting coach and the lead recruiter for the Noles, most had a feeling it would be a foregone conclusion that he'd be promoted to head coach.

But, as athletic director David Coburn said on Monday, he wasn't sold on him as the next head coach right away.

Coburn said the moment he knew was after watching how Meat interacted with the players, fans and boosters the past three weeks.

For Martin Jr., this is a position he's coveted for some time now. He's turned down other head coaching gigs just to get a shot at this one once Eleven retired. Today, he said his dream finally came to fruition.

"It's an honor to stand here before you as the next head coach of Florida State," Martin Jr. said as his introductory statement. "This place is special, and it's the only place I've ever wanted to be and I can promise you no staff will work harder or smarter to keep this program moving forward and moving upward, as well. We can and we will."

During the press conference, Meat made it clear that FSU was, and is, the only place he's ever wanted to be. He added his dad showed him how to do things the right way and treat people with respect.